Chinese New Year is very different from the New Year that the whole world celebrates on 1st of the January every year. The Chinese new year is celebrated according to the moon, for this purpose, it is also known as a Lunar new year in many different countries where China population is in numbers, or these countries has a relationship with China, for example, Korea and Japan. Chinese New Year date cannot be correctly known in advance as it totally depends on the new moon for that reason it cannot be accurately defined but a prediction is made accordingly through traditional Chinese calendar, and it stands true on the day. It is also regarded as one of the mass events that happen in the world because a lot of people migrate to China or to China community in many different countries for this event. 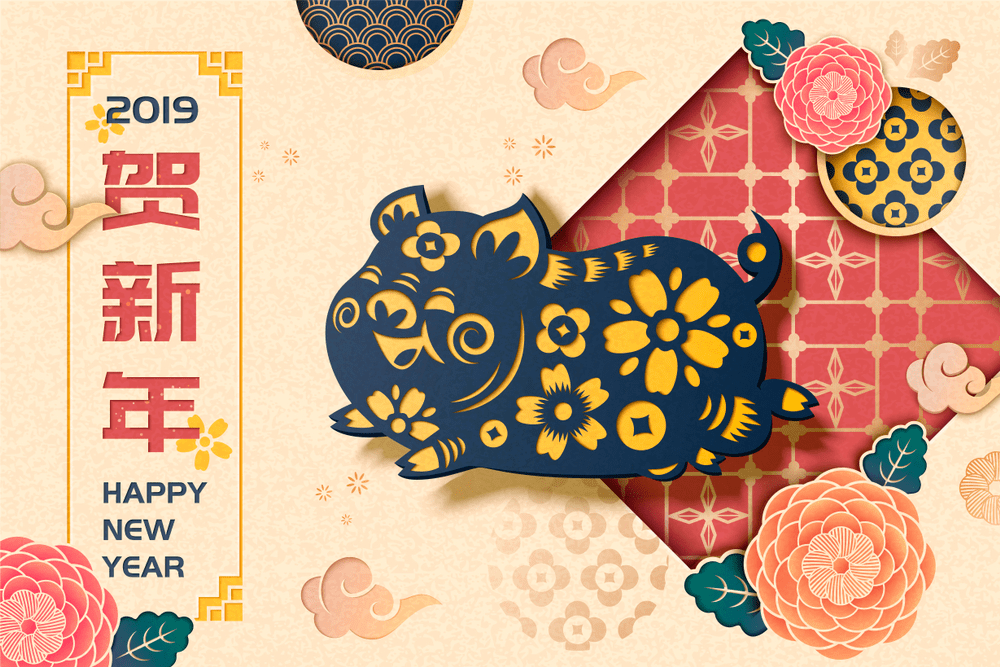 The most noticeable part of the Chinese New year is the New Year’s celebrations of Chinese. Celebrations begin a week or a month before the actual New Year day. Chinese New Year celebrations are associated with myths and various customs they regard these celebrations as to honor the deities and ancestors. Evening preceding the day of the New Year is regarded as an occasion for the Chinese families where different families from various cities and countries visit each other for the annual dinner, in this way they exchange many different meals and enjoys the union. Another custom that Chinese follows before the New Year day is that they decorate their windows and doors with red paper cuts and couplets in many different themes like wealth, longevity, etc. They also firecrackers and give money in red envelopes to the junior family members.

The story of the Chinese new year celebrations goes back to the times where Chinese think there was a monster named Nian. Nian ate people, especially children. One day the villagers decided to hide from Nian while they were hiding an old man appeared and told these villagers that he is taking revenge on Nian for all the evil he has made so far. The old man began to make firecrackers and placed red papers all across the place. Villagers considered this old man insane but when they were back to the village the next day they were surprised as nothing was destroyed by the beast for that reason the villagers regarded that old man as a deity who has arrived to save them from the monster. They also thought that Nian the beast was afraid of loud noises and red color. From that day, they celebrate every New Year with loud noises and cover is everything in red color.

Chinese associate their new year with animals like a rat, snake dragon, etc. Last year was considered as a dog year; this year will be regarded as a pig year. Continuously numbered Chinese calendar has numbered this upcoming New Year as 4717, which is not globally accepted though. They have considered the color of fire and metals as there lucky color in this year color of fire includes red, orange and pink whereas the color of metal includes white and golden. They have also regarded this year to be the pig year, which they think, will be full of the activities of leisure and pleasure.

They have also said that if you are born in years like 1935, 1947, 1959, 1971, 1983, 1995, 2007, 2019 then you are a pig Chinese Zodiac native which is a good year to invest and make money. Luck in 2019 will also favor the horse sign due to their extraordinary abilities in work they will collect more wealth. As Chinese year is based on the moon, Chinese people often make a mistake when they convert their birth year to the Gregorian year as there New Year dates vary from year to year.

Current Chinese year, known as dog year has started on 15th February 2018 and will probably end on 4th February 2019. Similarly, the upcoming pig year will start on 5th February and will end on 25th or 26th January 2020. Chinese calendar has sorted out all the upcoming years up to 2110 and also has determined the name of these years and on what date will they start and end. A lot of countries like Korea, Japan and other countries where Chinese people or traditions are in numbers follow the same celebrations, but they name these celebrations as lunar year celebrations.

The first day of the New Year is considered as a welcoming day for deities of heavens and earth that begins at midnight. People visit their parents, grandparents some of the families also prohibit themselves to kill any animal on this day. This day is celebrated with fireworks; dance and food also junior members in the family receive a lot of monetary gifts from elders.

The beginning of the year day

The second day is known as the beginning of New Year day where it is a usual custom that married women visit their birth parents and their relatives. Needy and poor people from the family visit their rich relatives to get financial help. A lot of businessmen start their business on this second day of the New Year, which they think will be more profitable and successful.

The third day is regarded as “Red mouth” day where people stay at home and only visit their temples. Similarly, they have named their first fifteen days with unique names, and they have a unique function on that particular day.

The annual reunion dinner is usually at the place of the most senior person in the family the dinner comprises of dishes of meat and seafood. They served eight dishes in the family unless there is a death in the family in the previous year in which case they only serve seven dishes. During this reunion, money is exchanged in the red cloth or packet usually given to younger people mostly that reflects good fortune. Moreover, friends and relatives exchange gifts.

Markets and houses are filled with red banners and lighting. Markets feature New Year’s relevant products like flowers, clothes, toys, and firecrackers too. A popular Chinese new year song is sung by the children in every street. People wear red colors mostly. Families make their portraits on these occasions. Houses and markets are decorated with different flowers that convey different messages like symbolizing luckiness, prosperity, luck, etc.