Corruption is a serious crime that can negatively affect the social and economic development in all societies. Unfortunately, no country, region or community is immune to this crime. That is why the global campaign called the International Anti-Corruption Day, held every December 9 each year, focuses on how corruption negatively affects education, health, justice, democracy, prosperity, and development of a country or society. This day aims to stop corruption once and for all.

About the International Anti Corruption Day

The fight against corruption is indeed a global concern. Both poor and rich countries suffer from corruption. The sad thing about it is that it hurts poor people more. The people engaged in corruptive practices get all the money that they want and thus stay at the top of the social pyramid when ranked in terms of wealth. As a result, corruption leads to worsened poverty rates, instability, and state failure. 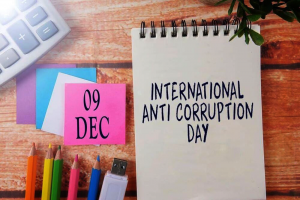 During the International Anti-Corruption Day, the private sector, non-governmental organizations, the media, and all the citizens around the world join forces to fight against this heinous crime. This event is spearheaded by the United Nations Development Programme (UNDP) and the United Nations Office on Drugs and Crime (UNODC). These two major organizations lead the celebration because they recognize the fact that corruption is one of the biggest impediments in achieving the Sustainable Development Goals (SDGs).

Corruption is indeed an issue of all countries in the world. Corruption refers to the destruction of honesty, loyalty, and trust through the undermining of moral integrity. In the most common way, corruption is the use of position, power, and trust for dishonest gain. Ultimately, it leads to unstable governments, fake democracy, and economic meltdown. There are various forms of corruption and the degree of the negative effect can vary from weak to strong.

On October 31, 2003, the UN General Assembly designated the 9th of December as the International Anti-Corruption Day. The organization aims to raise awareness about corruption and the role of the UN Convention in fighting and preventing corruption. The Assembly made member countries sign and ratify the United Nations Convention Against Corruption (UNCAC) in order to ensure the speedy implementation of the goal. In fact, the UNCAC is the first legally binding, international anti-corruption instrument that provides a chance for all countries in the world to respond against corrupt practices.

The following are the main reasons why you should participate in the celebration of the International Anti-Corruption Day:

To Fight Against All Forms of Corruption

Of course, the main reason why you should celebrate this day is that you can take it as a great opportunity to fight against all forms of corruption. The truth is that corruption of any form will definitely harm someone or something. To prevent that from happening, corruption must be fought at all time as soon as possible. By celebrating this day, you can help in achieving that goal.

To Improve the Government

One of the serious issues that governments face is corruption. This heinous crime results in government services that the public does not deserve. If you are in a country plagued by corrupt government officials, you may not realize that your life is directly affected. You do not receive the government service that you rightfully deserve. And that is extremely unfair. Hence, you should celebrate this day to make the government a better place – free of corrupt practices.

To Make the Economy Prosperous

As mentioned earlier, corruption hurts the economy. Corrupt people gain through dishonest means. As a result, the economy is hurt and so is you being its resident. Hence, you should celebrate this day in order to fight against corruption and improve the economy,

The international Anti-Corruption Day is the best time for political leaders, governments, legal bodies and lobby groups to work together in fighting against corrupt practices. That is why during this day, advocates organize events to engage the general public to effectively fight against corruption and fraud in communities. The main activities involved during this day, which you can also do, are the following: