National Annoy Squidward Day is celebrated annually on February 15. The holiday was established by Spongebob at the episode “Employee of the Month”, where it first appeared on a calendar.

Happy Annoy Squidward Day February 15: What is it?

This holiday is only referenced once as a gag when Spongebob asks Squidward to guess what day is it?

Spongebob replied: “No silly, Annoy Squidward Day is on the 15th”, pointing to the area on the calendar marked with Squid’s face.

Annoy Squidward Day: When & How is it celebrated? 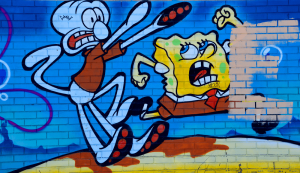 Significance: The celebration of SpongeBob and Patrick Star disturbing Squidward with their clever ideas and thoughts

Observed by: Youngsters in the United States, United Kingdom, and Canada