Cambodia is officially called the Kingdom of Cambodia. It is located in the South Eastern part of Asia and shares its border with Thailand in the Northwest, Vietnam in the East, the Gulf of Thailand in the Southwest, and Laos in the Northeast. With the area of 181,035 sq. Kilometer its population consisting of 13 million individuals. Khmer is the official language of Cambodia. This country has derived from the rule of the Khmer Rouge. It is also a part of the Association of South East Asian Nations (ASEAN).

The national capital of Cambodia is Phnom Penh. This city is known as the pearl of Asia and has grown to become the economic, industrial, and cultural center of the country.

Mr. Hun Sen is the 30th acting President Cambodia and elected in 1998, on Nov-30. He is serving as Prime Minister since 1985 and becomes longest-serving Prime Minister of Cambodia.

According to an estimate in 2020, on March-19, the total calculation of Cambodia is 16,413,921 which is equivalent to 0.21% of the total world’s population. Cambodia ranked at 72nd among the most populated countries.

The national flag is consisting of three bands of blue, red and blue color along with the white depiction of Angkor Wat located in the center. 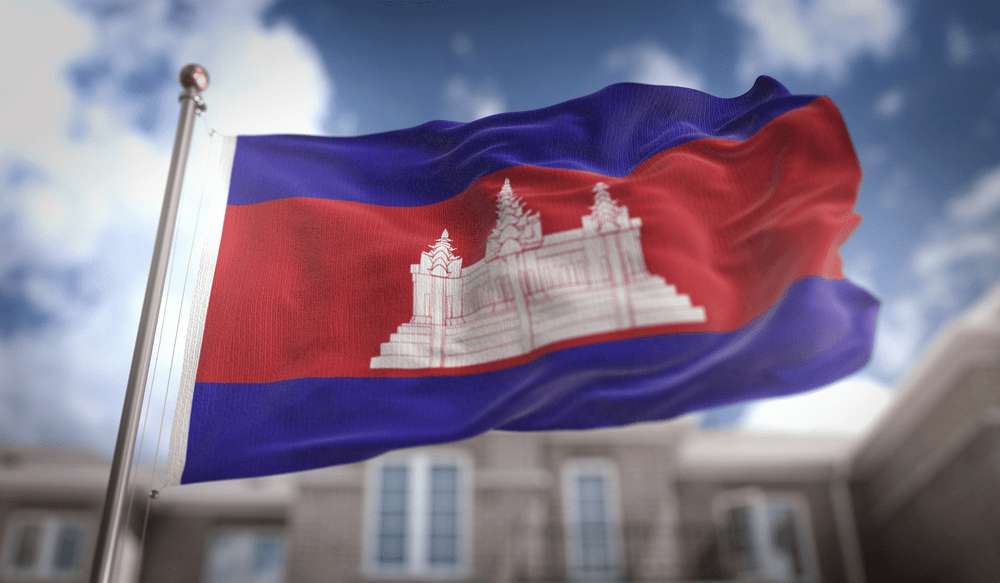 The national currency of Cambodia is the Cambodian Riel. The official code for currency is KHR and most commonly used symbol is ៛.

The official religion of Cambodia is Buddhism because 97% of the population related to Theravada Buddhism. While the other religion includes Islam, Christianity, and Tribal Animism.

The international dialing code of Cambodia is +855.

It is a small country but still, it is fully packed with beaches, jungles, flat plains, and rolling hills etc. Some of the best places to visit in Cambodia are Kampot, Siem Reap, Kep, Kratie, Mondulkiri, Koh Rong Samleom, Preah Vihear, and the Cardamom Mountains.

In 2017, the estimated GDP of Cambodia is worth almost 22.16 billion US Dollars. It is equivalent to 0.04% percent of the total world’s economy.

Cambodian Water Festival, also known as Bon Om Touk, is a three-day festival that is celebrated on the full moon in October or November. This festival is celebrated as a reversal of the flow between the Mekong and Tonle Sap rivers. In the rainy season, the Tonle Sap river flows reverse and flows upstream to Ton due to a large amount of water.