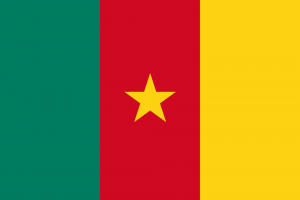 Cameroon is officially called the Republic of Cameroon. It is located in Central Asia and shares its border with Chad in the Northeast, the Central African Republic in the East, Nigeria in the North and West, and Gabon, Equatorial Guinea and Republic of the Congo in the South. The national motto of the country is “Peace – Work – Fatherland” (in English). Yaoundé is the capital city Cameroon but the largest is Douala. This country is specified as both West and Central African country because of its strategic position at the crossroad between Central and West Asia.

List of National and Public Holidays in Cameroon for the year

Yaoundé is the current national capital of Cameroon. With a population of over 2.8 million individuals, it is the second largest city in the world.

Mr. Paul Biya is the president of Cameroon. Under the constitution, the president serves as the Head of State and retains the highest executive power. 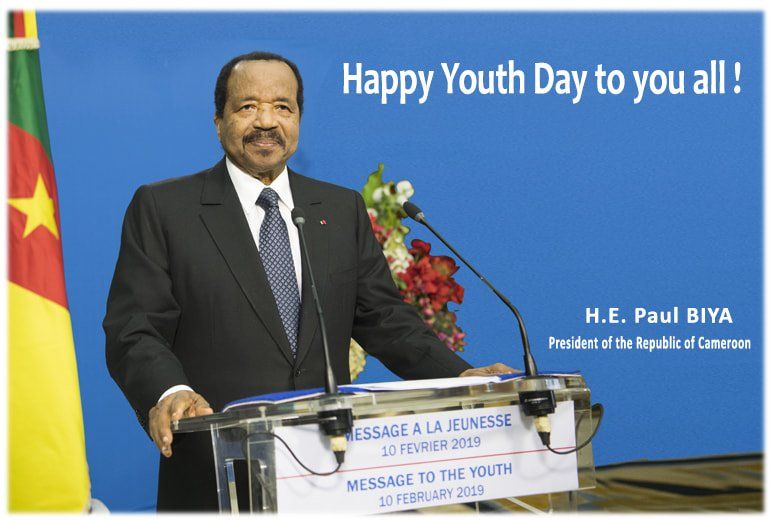 Mr. Joseph Ngute is the current Prime Minister of Cameroon and elected in , on Jan-04. Under the current constitution, it appointed by the head of government. 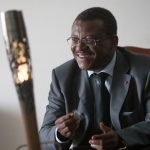 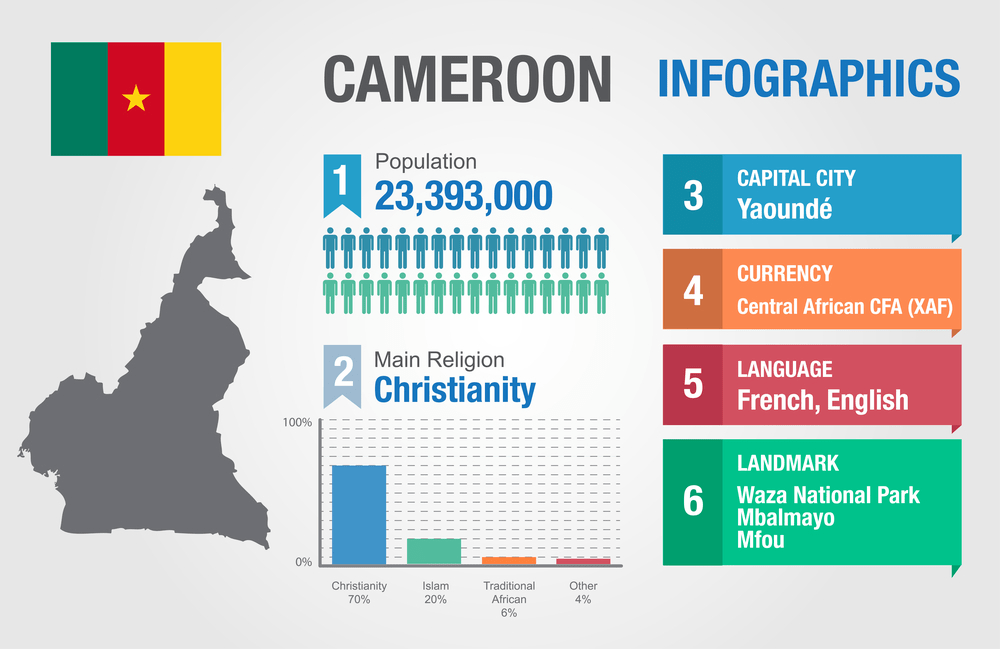 The national flag consists of three vertical bars of green, red, and, yellow color along with five-pointed stars in the center of a red bar. The current flag was adopted in 1975, on May-20.

The national currency of Cameroon is Central African CFA franc. The official code for currency is XAF.

The international dialing code of Cameroon is +237.

Cameroon is known as the heart of Africa. It is stuffed with stunning sceneries with a variety of wildlife. Some of the most beautiful places to visit here are Yaounde, Maroua, Limbe, Douala, Waza National Park, Bamenda, Foumban Palace, Bafoussam, Kribi, Korup National Park, Dja Faunal Reserve, and Mefou National Park.

The famous Kribi water falls in Cameroon, Central Africa, one of the few waterfalls in the world to fall into the sea
A primary school in Batoufam, children with their blue uniforms
raditional African dance is an essential element of Africa’s cultural heritage, providing a vital expression of the region's philosophy
Motorcycle carrying a lot of stuff overloaded, Cameroon Africa
The Rhumsiki peak, the landscape in Northern Cameroon
raditional wooden fisher boat anchored at Barombi Mbo crater lake in Cameroon, Africa
The Grasslands is a large cultural area located in central Cameroon
closeup of old african lady in her rural home kitchen with traditional dress looking in camera offering food
Kids from Cameroon are watching the ceremony in Babungo Kingdom
A local village in Cameroon near to Douala city, Africa
A chimpanzee in a sanctuary in Cameroon, Africa
DOUALA, CAMEROON, AFRICA
Scenic view of Mount Cameroon mountain with green forest during sunset, highest mountain in West Africa, Cameroon, Africa

In 2017, the estimated GDP of Cameroon is worth almost 34.80 billion US Dollars. It is equivalent to 0.06% percent of the total world’s economy.

Football is the most loved sport in Cameroon. And other sports which are commonly played here are Tug of war, Swimming, Canoe Racing, and Wrestling.