If you think that English is the most spoken language in the world, then you are actually wrong. Even if English is the universal language, the most spoken language is actually Chinese, or more accurately, Mandarin. More than one billion people speak Chinese. There is actually a special day for this language called Chinese Language Day propagated by the United Nations. It is celebrated every 20th of April each year. 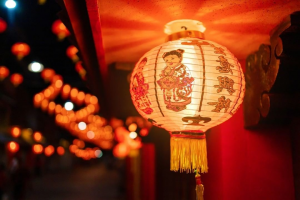 About the Chinese Language Day

During Chinese Language Day, people conduct various activities that let them achieve the purposes of this special day. For one, people try to learn Chinese. Those who know the language, strive their best to speak it. People also take this day as their opportunity to eat in a Chinese restaurant. People also watch Chinese movies if they have the time to do so. People also shout out on social media how they are celebrating this special day.

As mentioned earlier, the Chinese Language Day is celebrated every 20th of April each year. This means that the dates of celebration for this holiday are as follows:

The main reason why you should celebrate this day is that it would be a good opportunity for you to explore the Chinese Language which is the most spoken language in the world with over 1 billion people using it. Though complicated, learning Chinese will be fulfilling for you especially once you have learned how to speak with other people using Mandarin.

The following are the best things to do to make your celebration of the Chinese Language Day as best as it can be:

Obviously, the best way to celebrate this day is to learn Chinese. If you have no knowledge about it, then this day would be the best time to kick start your learning session. If you have some background, why not take it to the expert level? If you are already an expert in the Chinese language, then why not share your knowledge by teaching other people about it? There may be other people who are interesting in learning the language but do not know how to do so or how to start learning.

Another good way to celebrate this day is to eat or dine in a Chinese restaurant. Chinese cuisine is one of the most popular ones all over the world. You can eat many delicious and famous Chinese foods including Peking duck. So find a good Chinese restaurant and make your reservations now, and preferably days before the celebration itself because for sure, people will be flocking in for the celebration.

You can also celebrate this day by watching a Chinese film or TV show. If you know the language, then don’t put in any subtitles. But if you don’t, then go put on the subtitles but do not forget to appreciate the language spoken by the actors and actresses.