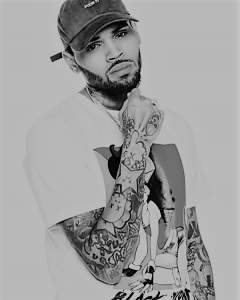 is an American singer, songwriter, dancer, and actor. He is one of the world’s best-selling music artists with over 100 million records sold worldwide. His has also won several awards including a Grammy Award, four Billboard Awards, 15 BET Awards, and six Soul Train Music Awards. He has also pursued a career in acting.

What is Chris Brown’s Net Worth?

Chris Brown has been singing professionally since 2005. Several of his albums have been certified double platinum and several of his songs have been features in the Billboard Top 100 (93 to be exact). His net worth is estimated to be at $50 million, making him one of the richest artists in the hip hop genre.

Chris Brown has had a tough childhood. His great talent in singing and dancing made him a successful artist. However, this was somehow shadowed when he assaulted his then-girlfriend Rihanna, one of the currently most successful singers.

Chris Brown was born on May 5, 1989, in Tappahannock, Virginia. Brown became known for his smooth voice, eccentric dance moves, and boy-next-door charm. He grew up in a small town of roughly 2,000 people. He enjoyed singing in his church choir and was inspired by musical artists including Sam Cooke, Stevie Wonder and Michael Jackson. He also showed off his amazing dance skills by imitating the moves of another one of his idols, Usher. Brown as a child went through personal issues. His parents had divorced, and his mother’s boyfriend terrified him by subjecting her to domestic violence.

At around 12:30 a.m. on February 8, 2009, Brown and his then-girlfriend, singer Rihanna, had an argument which escalated into physical violence, leaving Rihanna with visible facial injuries which required hospitalization. He turned himself into the Los Angeles Police Department’s Wilshire station at 6:30 p.m. The police report did not name the female in the incident, but media sources soon revealed that the victim was Rihanna. After his arrest, several commercial ads and some TV shows featuring him were suspended, his music was withdrawn from multiple radio stations, and he withdrew from public appearances, including one at the 2009 Grammy Awards, where he was replaced by Justin Timberlake and Al Green. Brown hired a crisis management team and released a statement saying, “Words cannot begin to express how sorry and saddened I am over what transpired.”

In 2017, Brown released a self-documentary entitled Welcome to My Life. There, he goes into detail about the abusive relationship, saying he intended to marry Rihanna, but that he lost her trust after he lied about a sexual encounter with someone who worked with him, that happened prior to their relationship.

Brown has two children in total. He has a daughter named Royalty whom he shares with model Nia Guzman. Chris Brown is currently in a relationship with Ammika Harris. It’s unclear how she and Brown met. But they were first romantically-linked in 2015 and dated off-and-on in the years that followed. In June, PageSix reported that the pair was expecting a baby. Neither Brown or Harris addressed the report. This was only officially confirmed by Chris Brown on December 11, 2021 in his Instagram account.

Chris Brown is one of the most successful artists in the hip hop genre of music. His career beginnings was already successful due to his talents that his debut album made its way into different charts. To date, he has released 9 albums and 171 singles.

Brown’s self-titled album, his first album, was released in November 2005. He worked on this album with established producers and songwriters. As a result, it quickly found its way into the charts. He had a No. 1 hit with “Run It!,” which was co-written by Scott Storch and Sean Garrett. The track also featured a guest appearance by rapper Juelz Santana. The albums other hits include “Yo (Excuse Me Miss)” and “Gimme That”.

The album earned Chris Brown two Grammy Award nominations, for Best New Artist and Best R&B Contemporary Album. Even if he did not win any of these awards, he showcased his talents in the show making him known by high names in the industry including Lionel Richie. Chris

Brown went on to receive a number of other awards, including the NAACP Image Award for Outstanding New Artist. He also won a Teen Choice Award for Choice Music Breakout Artist Male.

The following are the albums and songs in each of them released by Chris Brown:

Brown has also stated that he owns fourteen Burger King restaurants. In 2012, he launched a clothing line called Black Pyramid, in collaboration with the founders of the Pink + Dolphin clothing line.