Christopher Columbus Day commemorates the day when Italian explorer Columbus first sighted the New World (Americas) on October 11, 1492. The day is celebrated as a federal holiday in many countries of the Americas, with grand celebrations and parades held to honor the anniversary of Columbus’s voyage.

Columbus Day is celebrated every year on the second Monday of October. The holiday celebrates the day of 12th October 1492, when Columbus first sighted the Americas (the North and South American continents containing countries like the US, Canada, Mexico, Argentina, Dominican Republic, Costa Rica, etc.)

Settled in Portugal, Columbus believed that there’s a shortcut to India and that the East Indies could be reached by traveling west and wanted to prove it to the world.

King Ferdinand and Queen Isabella of Spain heavily funded Columbus in his mission to find a westward route to China, India, and Japan – lands then known as the Indies. 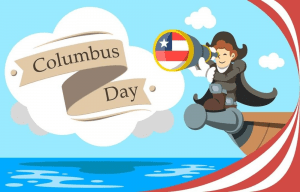 In August 1492, Columbus began his journey with his crew and three ships – called the Nina, the Pinta, and the Santa Maria. They sailed from Spain and stopped in the Canary Islands off the coast of Africa. From there, they traveled about 150+ miles each day.

After more than two months of sailing across the Atlantic Ocean, the fleet spotted the land of the New World on October 12, 1492.

In October 1492, however, Columbus believed he had landed in Asia. He went on to map what he believed were India and China, but were actually the Americas. He continued to traverse the surrounding islands, calling the natives he encountered “Indians” because he thought they were inhabitants of the Indies.

Columbus returned home a hero and was named Viceroy of the Indies. It wasn’t until later that people began to suspect that he had actually found a New World. Columbus never believed it, though, and died claiming the Earth is smaller than predicted and that he had found a westward passage to the Indies.

Today, we celebrate every second Monday of October as “Columbus Day” – commemorating the day of October 12, 1492, when explorer Christopher Columbus first sighted the Americas. It is a dedicated holiday to honor Columbus for his discoveries of the New World as well as the meeting of the “Old World” – Europe, Africa and Asia – and the “New World” – North America and South America.

For centuries, Columbus has been celebrated as the brave explorer who discovered the New World. The very first celebration of Christopher Columbus Day was recorded in 1792 in the United States. Columbus’s iconic status was further cemented in 1828 when Washington Irving published a biography glorifying him.

But Columbus’ real big break came in the late 1800s when the United States started experiencing massive changes. Italian immigrants were arriving in the US in big numbers, and they faced harsh discrimination at the hands of the locals. They were considered low-class and were restricted to manual labor. Their Catholic beliefs opened the door for even more discrimination. So they embraced Columbus. After all, he was Italian and Catholic and already admired as a legendary icon in the US.

On the 400th anniversary of Columbus’ arrival in 1892, “Columbus Day was first brought into the school system. Schools held celebrations and students pledged allegiance to the flag for the first time, associating Columbus with patriotism in classrooms across America.

A year later Columbus became the theme of the World Expo in Chicago, branding him America’s hero around the world. As Columbus and his legend became further embedded in American culture, so did the Knights of Columbus (a Catholic social club founded by Italian immigrants.

By 1937, the Knights of Columbus had gained enough influence to convince then president of the United States, Franklin Delano Roosevelt, to proclaim Columbus Day a federal holiday.

In 1971, the original date of the federal holiday, October 12, was replaced with the second Monday of October. 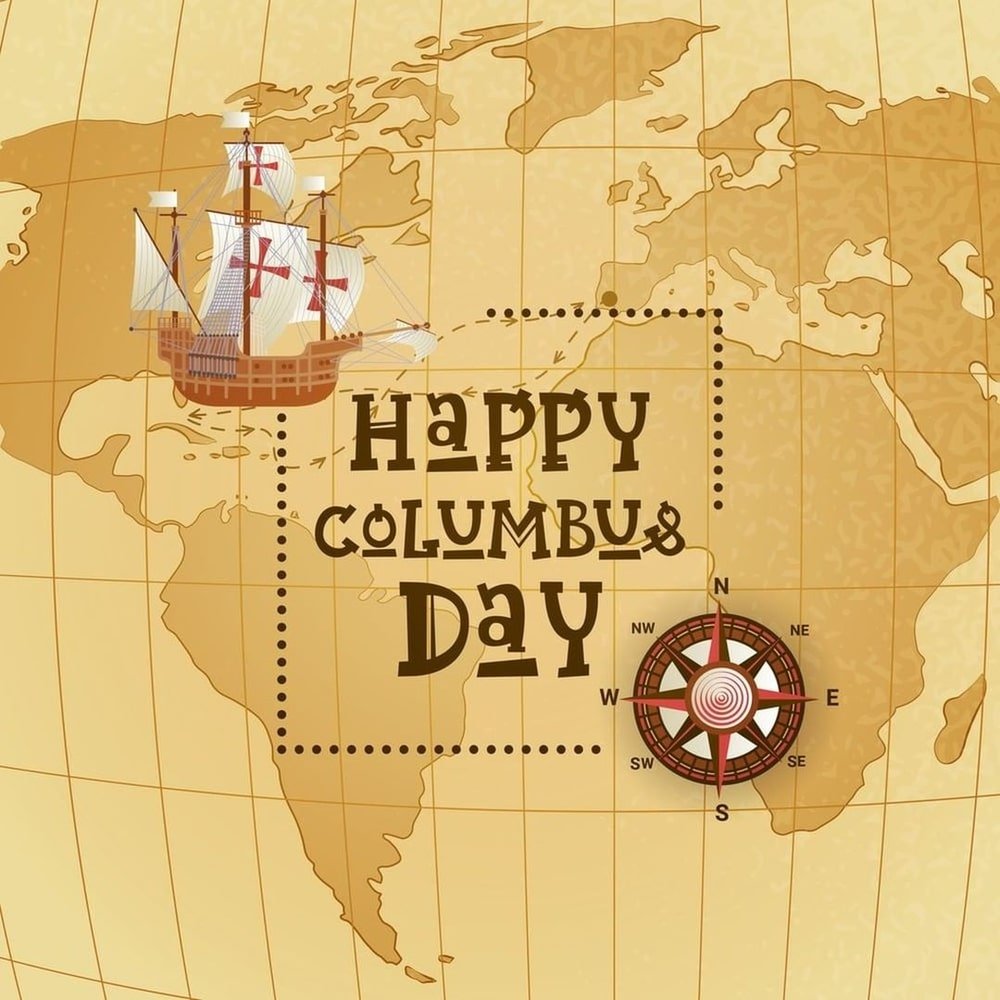 Columbus Day is always celebrated on the second Monday of October.

Unlike other national and federal holidays, the celebrations of Columbus Day are not widespread and only limited to a few states and regions. The grandest of the celebrations takes place within the Italian-Americans community, for example in Sans Fransico, where an annual Columbus Day Parade is held since 1868 and the second example is New York, where over 30,000+ marchers take part in the parade attended by one million viewers.

All other states (that are not listed here) either don’t observe Columbus Day or celebrate Indigenous Peoples’ Day instead.

There is a federal holiday recognized by the US government in all the above listed US States. Federal government offices are closed, and each federal employee will be paid for the holiday. Private-sector employees required to operate on a legal holiday may get vacation pay as well in addition to their regular wages.

As a general rule other institutions, such as banks, post offices, mail delivery services such as USPS and schools might be closed also.

Should We Celebrate Columbus Day or Not?

Columbus Day is a national holiday that has divided the United States of America. The day is marked with heated nationwide debates – with one group favoring the holiday and the other group opposing or opting to recognize Indigenous Peoples Day in its place. Here we have listed top reasons on why you should and why you shouldn’t celebrate Columbus Day. You can definitely go with the option that persuades you more!

Points In Favor of Columbus Day

After the myth of Columbus is confronted with brutal historical facts – some states and cities in the US have stopped observing Columbus Day. Many people have started opposing the holiday and here’s why: 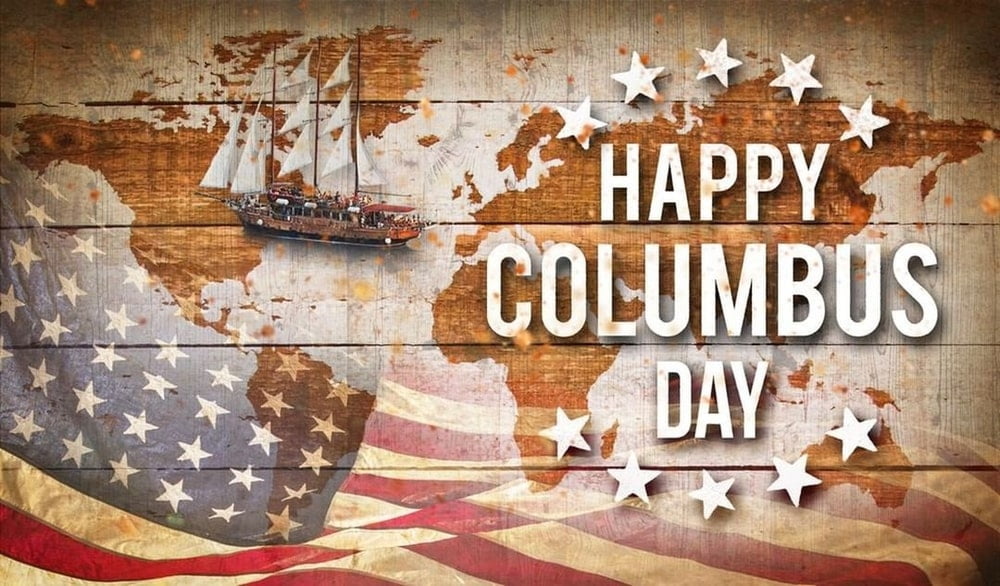 Oh Columbus sailed the ocean in 1492
With the Niña, and the Pinta and the Santa Maria too

Oh Columbus found America in 1492
With the Niña, and the Pinta and the Santa Maria too

On October 12th we remember
Columbus sailed the ocean blue
With the Niña, and the Pinta and the Santa Maria too

In 1492, Columbus sailed the ocean blue
He had 3 ships, he let from Spain
He sailed through sunlight wind and rain