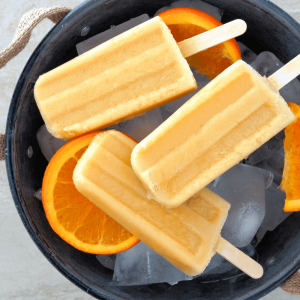 Nothing is better for kids that having a creamsicle during the hot summer days in the scorching summer months. The first bite given by the creamsicle has an overpowering taste and gives a boost of energy and anticipation for children that more exciting flavors await in eating this frozen delicacy. Because of the much love for creamsicles, a special day was dedicated for it which is called Creamsicle Day and is celebrated every 14th of August each year.

What is a creamsicle?

Actually, Creamsicle is a name of a brand of ice cream in the United States. However, people have come to call any ice cream covered in frozen fruit juice and is laid on a flat wooden stick as a creamsicle. Some people even call creamsicles popsicles.

The National Creamsicle Day is held annually on August 14. This is the day when people, especially children, from all over the world enjoy eating the delicious creamsicle frozen treat with either orange or vanilla flavor. These two are the most popular flavors of creamsicle because they were the first two original flavors. But nowadays, lots of flavors and varieties of creamsicle exist, all of which are enjoyed by people all around the world. 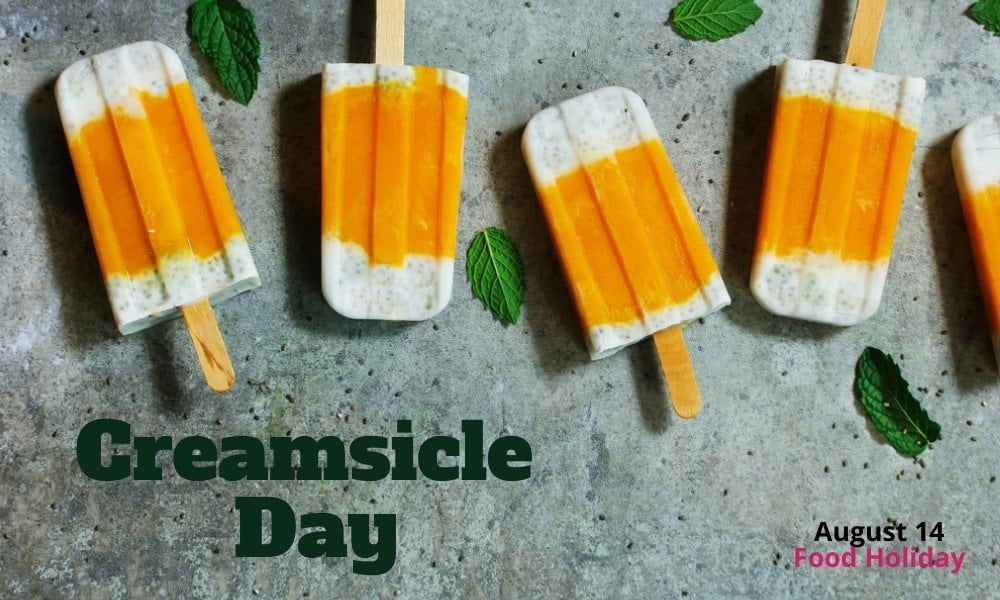 What is the History of Creamsicle Day?

The origin of the Creamsicle Day can be traced back to when the creamsicle treat was invented.

The origin of the Creamsicle

The creator of the first-ever creamsicle is Frank Epperson. He invented this treat back in 1905. During that time, he was only 11 years old! He experimented on putting fruit juice around vanilla ice cream. He originally called the treat that he made an Epsicle. However, later on, the treat became popularly known as a popsicle, dreamsicle, and creamsicle. All of these terms only refer to an ice cream covered with frozen orange juice on the outside. But as the days went by, people started to use other fruits for making creamsicles. Such fruits include grape, cherry, lime, raspberry, orange, and blueberry.

How did the creamsicle become popular?

The creamsicle had also become a staple summertime treat for the people. It became even more popular when ice cream trucks started to sell creamsicles and moved around cities and towns so that people can enjoy them, especially during the hot summer months. This is also the main reason why the popularity of creamsicles transcended boundaries. There may also be regional variations. For instance, creamsicles in Florida’s Palm Beach have small amounts of vanilla flavor and huge amounts of orange flavor. On the other hand, creamsicles in Long Island have more vanilla than orange.

What is the origin of Creamsicle Day?

Unfortunately, even with extensive research, we cannot pinpoint exactly how the Creamsicle Day started. We are not sure about how the holiday started or even who started it. But we can make a good guess as to why it was held: perhaps people have come to love creamsicles so much that they want to dedicate a special day for it – which we all now celebrate as the Creamsicle Day.

When is Creamsicle Day?

This holiday is always held on August 14 each year. This means that the upcoming Creamsicle Day will be celebrated on , August 14. 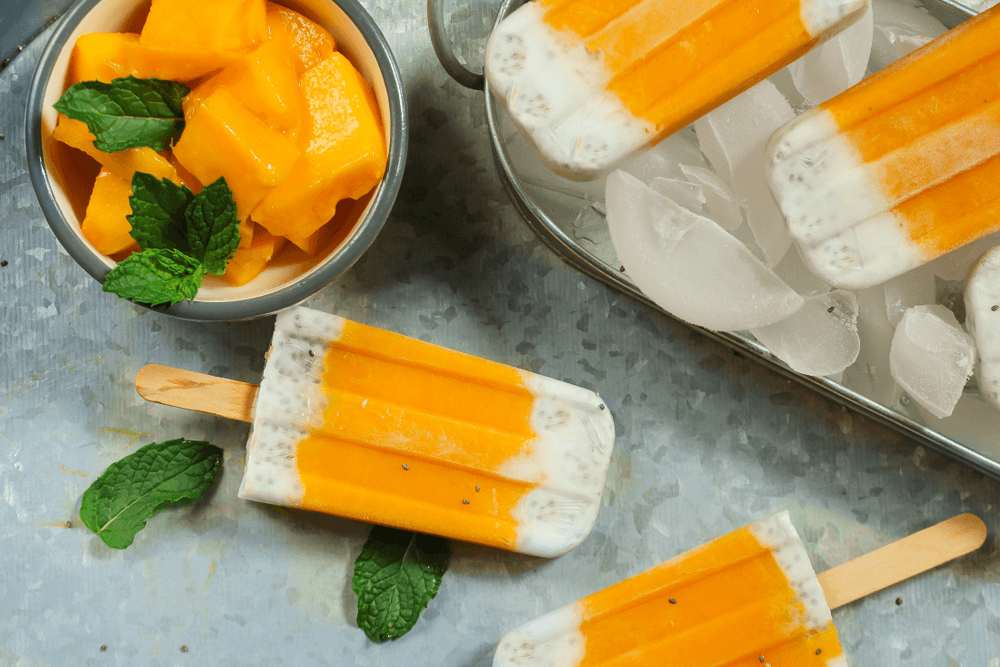 Let’s be real? Who doesn’t love creamsicle? It is just one kind of ice cream treat popular among people, especially children. People who are grownups today for sure have loved creamsicles when they were little kids. They won’t forget the excitement they feel when they see the ice cream truck and the joy they experience when their parents purchase some creamsicles for them. Such memories are nice and must be treasured. And so we must all celebrate Creamsicle Day since we can have a good excuse to eat lots of this delicious frozen treat during this special day of celebration.

How to Celebrate Creamsicle Day?

The following are the best things that you can do to make your celebration of Creamsicle Day as best as it can be:

Eat Creamsicles with Your Family

A good activity to do for this day is to eat creamsicles with your family. You can buy some from the ice cream truck or you may visit the local ice cream store. You will surely enjoy eating these delicious treats. You can eat as much as you want and try out as many flavors as you like.

Make Your Own Creamsicle Treats

You can make your celebration of this day more creative by making your own creamsicle treats. It is actually easy to do so. Just make sure that you have vanilla flavored ice cream, fruit juice, wooden stick, a container, and a refrigerator. All you have to do is to lay down the vanilla ice cream on a wooden stick then cover around with the fruit juice. Leave it in the freezer overnight and the next day, you will have your own delicious self-made creamsicle treats.

Celebrate the Day on Social Media

Facts About the Creamsicle Day

The following are some good facts about the Creamsicle Day that are worth sharing: