The Culture Day is a holiday celebrated in Japan every 3rd of November each year. It is an official national holiday in the country. It was instituted in 1946. It aims to promote the culture, academia, and arts in the country of Japan. In addition, this day is also considered as a day for celebrating freedom, prosperity, and peace. In Japan, this holiday is called Bunka no Hi which they celebrated since 1948. Let us learn more about this special day down below. 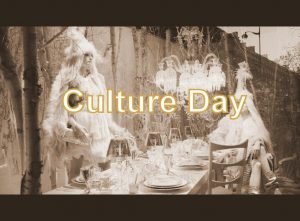 What is Culture Day in Japan?

As what the name suggests, this holiday is dedicated for the celebration of all things that are related to the culture of Japan. The Japanese people call this holiday the Bunka no Hi. Bun means composition or literary arts while ka means transformation or change. Hence, this celebration can be called changing composition which is what happens to culture as it evolves over time. During this day, many festivities are held in the country including art exhibitions, award ceremonies for distinguished scholars and artists, and also parades.

This holiday was first celebrated on the 3rd of November in 1948. Such holiday was celebrated to commemorate the announcement of the Japanese constitution, which is a document that lists down the fundamental laws of Japan during the post-war period. Although this holiday’s celebration can be said to have started during the aforementioned date, its origin can be traced back in the 19th century.

A similar celebration was actually held in Japan during the 3rd of November. They celebrated a holiday called the Tencho setsu which commemorates the birthday of Emperor Meiji. However, from 1912 to 1926, such a celebration stopped. But in 1927, the celebration of such day came back and was known as the Meiji-setsu. Over time, this celebration evolved into the Culture Day.

Yes, some Japanese still regard this day as a celebration of Meiji’s birthday. However, note that these two celebrations – the Culture Day and the Meiji Day – are unrelated. They are common only in terms of the date of celebration.

When is Japan Culture Day?

The celebration of the Culture Day is a grand one in Japan. People celebrate it with much fun and enthusiasm.

Just like other festivities in Japan, the Culture Day is celebrated with many parades. Such parades showcase the art and culture in Japan. There are also exhibits that show the art of Japan and how delicate those are. Cultural events are also held so that spectators can learn more the culture of Japan and appreciate it as well.

There are various award ceremonies held to recognize and distinguish people who can be regarded as great examples for the people. One award given is called the Order of Culture Award. This award is given by the Emperor of Japan to one man or woman who has made significant contributions to the literature, art, culture, and academia of Japan. The awarding ceremony for this is held at the Imperial Palace located in Tokyo Japan.

Another award given this day is called the Person of Cultural Merit Award. This award is given to the people who have made significant contributions toward the advancement of the culture of Japan.

Your Own Way of Celebration

You can also have your own way of celebrating this day. If you want to participate in the celebration, perhaps you can do the following things: