The Asalha Puja or the Dharma Day celebrates the day when Buddha began teaching. This special day of celebration falls on the first full moon of the 8th lunar month. Buddhists all over the world celebrate this day. The term Dharma means the truth. It is also a term commonly used to describe a path towards enlightenment. The first ever sermon of Buddha was “Turning of the Wheel of the Dharma”.

The Asalha Puja Dharma Day is one of the most important festivals in Buddhism. It celebrates the first sermon of Buddha where he revealed the key things he learned when he achieved enlightenment. These teachings are commonly known as the Four Noble Truths. They are: dukka (suffering); the knowledge that suffering is caused by tanha (craving); that there is a nirvana (state) beyond those things; and that the way to nirvana is through the Noble Eightfold Path. After Buddha gave his first ever speech, he built the first order of Buddhist monks. This is considered to be the day when Buddhism began in northern India at around 6th century BC, which is already almost 2500 years ago. 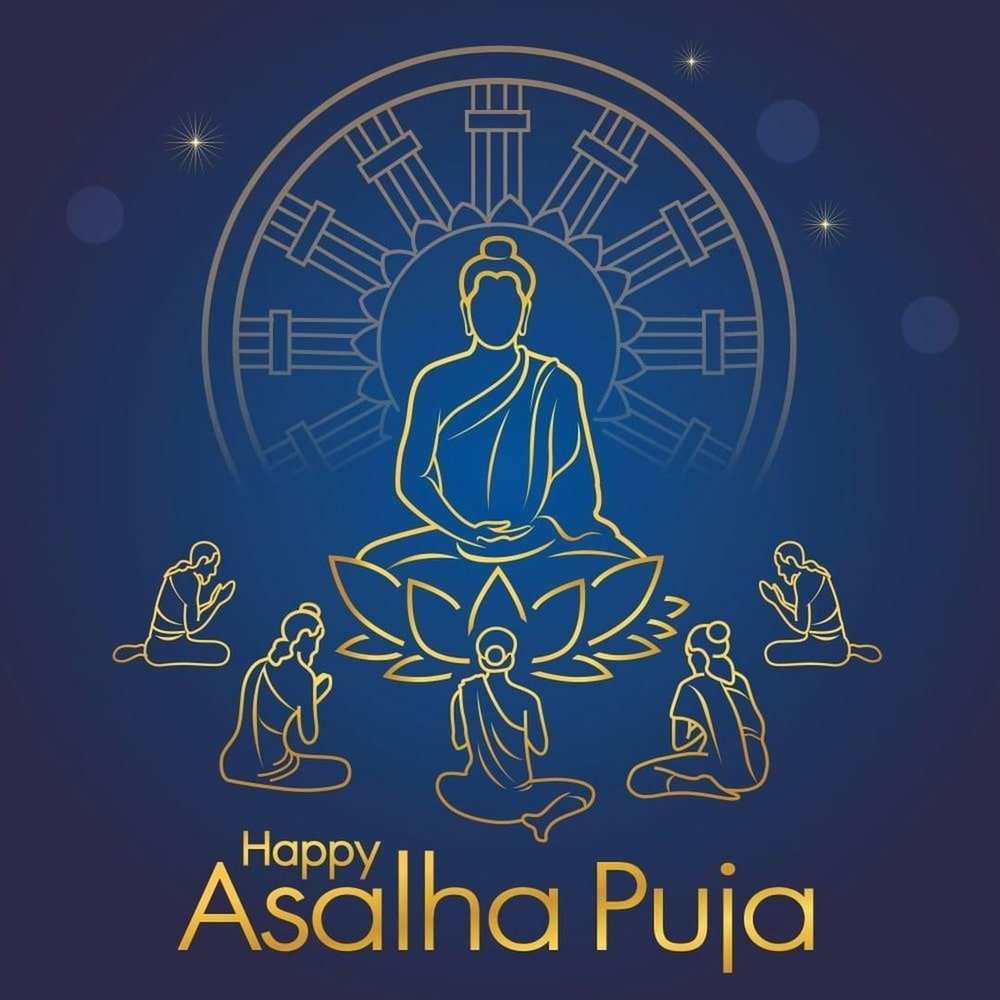 Buddha was formerly a prince that goes by the name Siddhartha Gautama. He gave up his title and wealth in order to find happiness. Dharma means the truth and Dharma Day is the special day for expressing gratitude for all of Buddha’s teachings. Many people observe this day by donating to temples and listening to Buddhist sermons. There are also some Buddhist worshippers who observe Vassa by abstaining from alcohol, smoking, or eating meat. This is sometimes called informally by people as the Buddhist Lent.

Buddha’s name was Siddhartha Gautama. He was a prince. He was not satisfied with his material existence and he wanted to live outside the walls of his palace. He also wanted to attain the ultimate wisdom and truth. Hence, he became an ascetic and left behind his wealth and family name. What happened was he found ascetic life to be unsatisfying. Hence, he left it and meditated under a tree. There, after various tribulations and trials, he was able to achieve enlightenment. He found that his heart became filled with a deep pieces which he wanted to share with all other beings.

Buddha returned to his ascetic order so as to share his experience with the people. They taught them the Four Noble Truths and recommended to them the Eight Fold Path (this is known as the setting of the Wheel of Dharma in motion). These truths proclaim that life entails difficulty and loss – known as dukkha. But people are able to free themselves of such dukkha by focusing on the dharma or the ultimate truth.

These teachings are those that are celebrated during the Dharma or the Asala Day. The day aims to commemorate the start or origin of Buddhism and the search for the ultimate truth or the Dharma.

The Asalha Dharma Day is always celebrated on the first full moon of the eighth lunar month. This means that the upcoming Asala or Dharma Day will be celebrated by Buddhists on July 24.

The following are the main reasons why you should participate in the celebration of Dharma Day:

To Celebrate the Start of Buddha’s Teachings

The first main reason why you should participate in the celebration of Dharma Day is that it is the opportune time for you to celebrate the start of Buddha’s teachings which is the main essence of this day.

To Know More About Buddhism

Another good reason to celebrate this day is that you can take your time to know more about Buddhism. If you are not a Buddhist, it is really interesting to find out more about the teachings of the religion. Even if you do not belong in this religion, you will still be amazed by the teachings and how relatable they are in real life.

To Celebrate with a Buddhist Friend or Relative

The following are the best things to do to make your celebration of Dharma Day as best as it can be:

Spend Time to Reflect and Meditate

One good thing you can do for your celebration of this day is to spend time reflecting and meditating. You can reflect on your own values and actions and see if they follow your Buddhist teachings. You can also meditate and find out the things that you can improve in your way of living.

Deeply Learn the Roots of Buddhism

Another good thing that you can do for your celebration of this day is to deeply learn the roots of Buddhism. You can read the teachings from books or online sources. You should make sure that you fully understand the Four Noble Truths and the Eight Fold Path.