Just like in other places in the world, there is also a celebration in China that gives regards to dead people and ghosts. Popular folk religion in the country called Daoism gives dedication to the errant ghosts of the land. This is called the Ghost festival included in the Ghost month. It happens during the 7th month of the lunar calendar wherein special ceremonies are held and precautionary measures are advised to the public. The festival is also called the Hungry Ghost Festival which is the highlight of the Hungry Ghost Month. 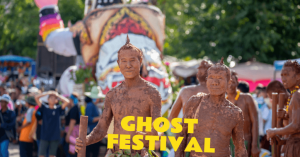 What is Ghost Month?

The Chinese people believe that their deceased Chinese ancestors come out of hell during the first day of the 7th month of the Chinese lunar calendar. They believe that these ghosts roam around the lands to search for entertainment. This is the reason why the night has been associated with fear and creep. Many Chinese people become afraid of these ghosts believing that they may do harm to them or simply because they are just spooky. Because of this, Chinese people follow certain traditions during the Hungry Ghost Month.

What is the Ghost Festival?

Within the Hungry Ghost Month is the Hungry Ghost Festival also called Yulan Festival. It is a traditional Taoist and Buddhist festival that is held mainly in China as well as other Asian countries. In Chinese tradition, the 15th day of the seventh month of the lunar calendar is the Ghost Festival or the Ghost Day which is the day when deceased ancestor come out from the lower realms. Just like the Qingming Festival and the Double Ninth Festival, Chinese people pay homage to their ancestors during the Ghost Festival. But in addition to this, the deceased are believed to visit those who are living.

What is the history of the Ghost Festival?

The Ghost Festival has a quite rich history. Its origins can be traced back to when beliefs about Ghost Month came to be.

What is the history of Ghost Month?

Ghost Month happens for the entire duration of the 7th month of the lunar calendar. This is the month where the Chinese people believe that the gates to the underworld are opened thereby releasing captive ghosts that roam around the places of the living. And on the last day of the Ghost Month, the gate closes again.

According to experts, the origin of the Ghost month can be traced back to when people started to believe that something should be done with the ghosts believed to have emerged from the lower realms during the month. Hence, what they do is that they honor ancestors and family ghosts. In particular, they pacify the ghosts who were not able to receive proper burial either because they have committed suicide or they were murdered. The Chinese believe that these ghosts come back to the living to seek revenge. Things that are done by Chinese people include offering food, entertainment, and money all month long during the Ghost Month believing that doing so will prevent the ghosts from causing trouble.

What is the origin of the Ghost Festival?

According to historians, the origin of the Hungry Ghost Festival ca neb traced back to the story of a Buddhist Monk who thought and longed for his parents. Such monk was said to be a psychic who was able to know what happened to his parents after they died. He found out that his father was in heaven but his mother was not. His mother went to the lower realm due to her greediness when she was still alive.

The monk is said to have been advised by Buddha to offer a meal to his mother during the 15th day of the seventh month of the lunar festival. This then evolved and became quickly adopted by the Chinese people including the Confucians. This is how the Ghost Festival celebration originated.

When is the Ghost Festival?

The Ghost Festival is always held on the evening of the 15th day of the Ghost Month or the 7th month of the lunar calendar. This means that the Ghost Festival will be held on August 15, 2021 this year. And next year, people will celebrate the Hungry Ghost Festival on September 2, 2021. More dates are shown below.

Why celebrate the Ghost Festival?

The obvious reason why the Ghost Festival is an important celebration is that it is one of the most-preserved cultures and traditions in China and also in Asia. Though the celebration inspired a little bit of fear and spookiness, the fact the most people now celebrate the day with entertainment and family reunions, it has become a good day where people can spend time together with their loved ones, both living and deceased.

How to Celebrate the Ghost Festival?

There are so many different activities done to celebrate the Ghost Festival. The staple ones that always appear in the event are the following:

Burn Some Incense and Joss Paper

One usual activity for the Ghost Festival is the burning of some incense and joss paper. Chinese people usually smolder piles of fake money and replicas of house, cars, and electronics that they believe the deceased needed in their afterlives. Most people burn these things in their backyards. But there are also those who do it on the streets.

Offer Foods for the Departed

Ghosts are also believed to seek entertainment during this day. Hence, the Chinese people hold special operas to entertain both the living and the dead.

Chinese people believe that the bridge between the living and the deceased is at its strongest during the night of the Hungry Ghost Festival. What you can do during this time is to throw a feast in your own home where you can serve foods to your relatives and also some set aside for your deceased ancestors.

Chinese people also tend to send off lotus-shaped lanterns on the river or lake during the night of the Ghost Festival. They believe that doing so will allow the ghosts to have a guide back to the underworld where they belong. 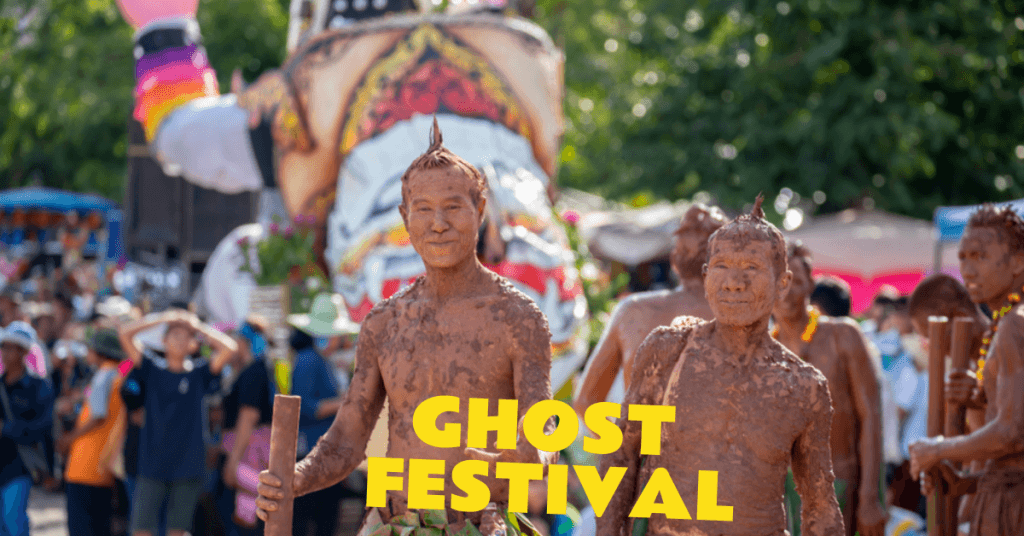