At Thanksgiving, many of us reflect on the good people and things we have in our lives. We pause to rest, reflect, and take care of our families and friends. But after the consumer holidays of Black Friday and Cyber Monday, many of us should also take the opportunity to turn that gratitude into a tangible act on Giving Tuesday! 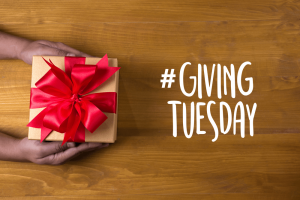 Giving Tuesday, also known as the National Day of Giving, is a day of charity when people around the world are encouraged to go above and beyond in donating to charities, poor families, and needy of the society. The charity can be in any form – wealth donation, blood donation, clothes donation, or food donation among the underprivileged people who lack the necessities of life.

Entering its eighth year of celebration in 2021, Giving Tuesday is a worldwide day of Giving – energized by the power of social media and collaborated efforts of the community.

Giving Tuesday is observed on the Tuesday following Thanksgiving (in the U.S.) and the broadly perceived shopping holidays of Black Friday and Cyber Monday, #GivingTuesday commences the charitable season, when many spotlight on their vacation and end-of-year donation.

Since 2012, people throughout the world have given over $1 Billion to causes on #GivingTuesday. #GivingTuesday has turned into a massive movement that celebrates and supports giving and humanitarianism with yearly events and a growing index of resources.

Giving Tuesday in 2021 is celebrated on Tuesday, December 3. It falls on the Tuesday following Black Friday and Cyber Monday.

GivingTuesday was founded in 2012 by New York’s 92nd Street Y in partnership with the United Nations Foundation. Together, with a group of influencers and partners, the company launched a worldwide movement that attracted a huge number of famous organizations and international firms in no time.

With the power of online marketing and help of the community, Giving Tuesday has now turned into a massive day of charity, when millions of people from every portion of the world make a donation.

The Importance of Giving Tuesday

The importance of Giving Tuesday lies in the fact that it encourages us to donate and give to the poor and needy members of society.

The day promotes charity and tells us that it is important and accordingly intended to be done for public advantage, relief and to give help to individuals at times of need in any part of the world, particularly who are the victims of war, hunger, disease, poverty, orphans by providing them with sustenance, shelter, medicinal aid and other basic needs of life.

Affluent people may not understand how their riches could bring positivity in the lives of the poor and even strengthen the needy communities. So Giving Tuesday teaches us that charity is significant to both the prosperity of the needy as well as the happiness of the wealthy.

Since this world has been made it’s been unequal all around and there will always be rich and poor, living together. While poverty is extreme in every part of the world, we should not overlook exactly what number of rich and well off individuals there are in the world capable of donating.

When everybody is giving on Giving Tuesday, the size of our donation would correspond to the number of poor individuals we can help. We don’t need to be a billionaire to make a positive difference. Just as each drop in the ocean makes an immense water mass, even your little donations can possibly improve a person’s life.

The best gift to our community would be when we do something to add to improving lives; when we reshape lives by our donations, spreading light to the most destitute and edify our spirits all the while.

We can’t breathe a sigh of relief, imagining we are advancing when 600 million people (about 8% of the world population) lives in extreme poverty.

Non-profit charitable organizations and NGO’s dedicated to improving the lives of needy, poor children, orphans, adults, and homeless must be funded to diminish human sufferings. They nourish kids and families with clothing, food, shelter, and education.

As these charitable organizations have taken up a holy mission of aiding the helpless, it’s currently our obligation to assist them by raising funds on Giving Tuesday.

How to Celebrate Giving Tuesday?

#GivingTuesday is an ideal time to encourage your friends and family to help bring a positive difference in society. There are unlimited ways in which this can be done. New ideas have included arranging pledge drives and organizing fundraisers with the goal of giving the proceeds to a charity. As there are numerous approaches to give so as to help other people, and numerous things that can be given other than just money, there have been various different plans.

Celebrate By Fund Raising for a Non-Profit Organization

What motivates you to make a difference? Utilize your talents and interests to bring your companions, family, and network together. Tap into your network to approach your community to raise money for non-profit charity organizations, orphan or adult care homes.

Giving Tuesday depends on the power of social media life to attract more charity and more acts of giving. Use the #GivingTuesday hashtag to raise awareness. Ask your network to participate in this noble cause and share insights about your very own #GivingTuesday contributions.

There are a large number of charity organizations, huge numbers of which are likely found someplace near you. Each and every one of them could use your assistance, to discover a cause that is important to you personally, whether it’s helping someone who is battling a certain type of disease, helping to purchase textbooks for kids from extremely poor families, donating blood, arranging food for the needy, or helping the animals at your nearby animal shelter – there are various ways in which you can help on Giving Tuesday.

Giving comes in various shapes and sizes. Whether volunteering your time or giving money, food or clothing – the charity can make a world of difference for underprivileged people.