People observe joke day on 1st July of every year. Hence this year’s joke day will be celebrated on Wednesday 1st July 2021. Worldwide people observe international joke day. The history of jokes dates back to hundreds of years. They say that Palamedes was the first person ever to tell a joke. Greeks were the ones to set a foundation for the jokes.

The joke is the written or spoken words. When listeners and readers, hear or reads those word, they smile and laugh. That expression of a laugh, simile, and amusement with those words is a joke.

International Joke Day: All You Need To Know 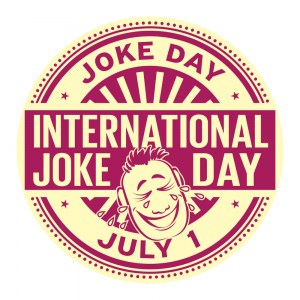 International jokes day is all about telling jokes. Laughing and smiling is universal expression that everyone understands. The history of jokes is old, and it dates back to ancient Greece. Greeks even had their first comedy club. In this club, people used to tell jokes to each other. Officially most people observe international jokes day on 1st July of every year.

Watching a comedy movie is another brilliant idea to celebrate the international joke day. Invite your friends and family over dinner. After dinner, sit together and watch a comedy movie. Have a laugh, fun, and enjoy the day.

In this day and age, people stick themselves to the news round the clock. They want to keep themselves updated about the current affairs. It is better to keep news aside on international joke day. Instead of worrying about the country’s state of affairs. Enjoy the day. You can read comedy pages on the country’s leading newspaper. Go to the internet and watch funny videos and read comedy articles. Celebrate the day with a laugh.

If you are at the office or wherever you are, share jokes. It is another brilliant way to celebrate the international joke day. If you are in the office, share jokes with your friends. At home, you can have a fun gathering with your family, and you can share jokes. The idea of joke day is to tell jokes and have a laugh.

In short, all you need is a good laugh. Enjoy the day, have fun, and most importantly, don’t forget to laugh. 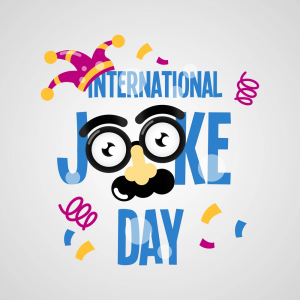 2). I got another letter from this lawyer today. It said “Final Notice”. Good that he will not bother me anymore.

3). Two donkeys are standing at a roadside, one asks the other: So, shall we cross?
The other (seeing the zebra crossing on road) shakes his head: “No way, look at what happened to the zebra.”

4). Guest to the waiter: “Can you bring me what the lady at the next table is having?”
Waiter: “Sorry, sir, but I’m pretty sure she wants to eat it herself.”

7). What do you call an alligator detective? An investi-gator.

10). What do Alexander the Great and Winnie the Pooh have in common?
Same middle name.

Q: Why did Johnny throw the clock out of the window?
A: Because he wanted to see time fly!

Q: Why was the baby strawberry crying?
A: Because his mom and dad were in a jam.

Q: Why did the man put his money in the freezer?
A: He wanted cold hard cash!

Q: Why did the barber win the race?
A: Because he took a short cut.

Q: Why do fish live in salt water?
A: Because pepper makes them sneeze! 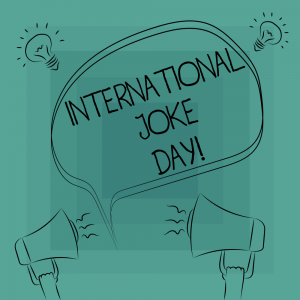