The Shinto Kanamara Matsuri is held each spring at the Kanayama Shrine in Kawasaki, Japan. The exact dates of this celebration vary every year. However, the main festivities fall on the first Sunday in April. The central theme of this holiday is the phallus. It is reflected in various illustrations, decorations, even in foods like carved vegetables and candies, and of course, in the main activity – the mikoshi parade.

About the Kanamara Matsuri

The Kanamara Matsuri in Japan is more formally known as the Festival of the Steel Phallus. It is celebrated annually on the first Sunday in April, at Kanayama Shrine in Kawasaki, just south of Tokyo. During this day, Japanese people and even foreigners, join the celebration by spectating the mikoshi parade. They also have fun going through the stands and kiosks available which offer varieties of delicious food and drinks. They also shout out on social media how they are celebrating this day. 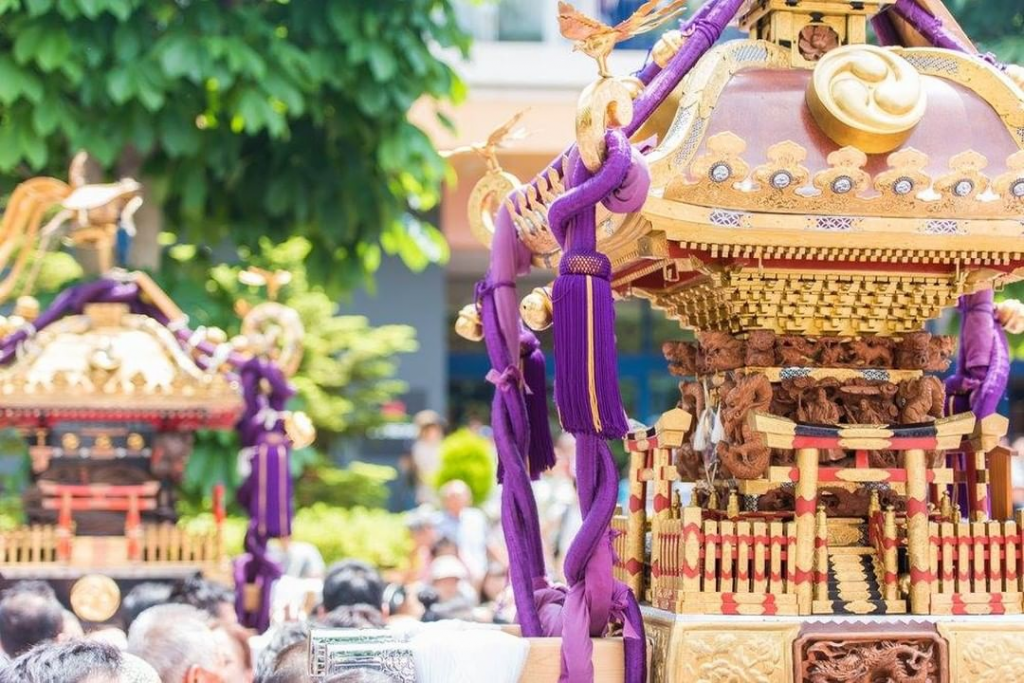 The origins of Kanamara Matsuri can be traced back to an ancient Japanese legend. As the story goes, a vicious demon hid inside the vagina of a young woman after falling in love with her. Due to jealousy, it proceeded to bite off the penises of two young men on two separate wedding nights. After these events, the woman sought help from a blacksmith who fashioned an iron phallus to break the demon’s teeth, which in turn led to the item’s enshrinement at Kanayama Shrine in Kawasaki.

The Kanayama Shrine became a focal point for couples who wished to pray for fertility and good fortune in their marriage. From the 17th to the 19th century, sex workers would frequent the site to pray for either protection or cure from sexually transmitted diseases.

It was around this time that the first festivals focusing on sexual health took place at the shrine, but the tradition had dwindled out by the end of the 19th century. It wasn’t until 1970 that the chief priest at the time, Hirohiko Nakamura, decided to resurrect the event. After about 40 years, the festival’s popularity skyrocketed when, in 2012, TV star Matsuko Deluxe – an outspoken advocate of sex positivity and LGBTQ rights – name-checked the festival. Now, it is a widely popular festival in the country with about 50,000 participants every year.

The following are the main reasons why you should participate in the celebration of Kanamara Matsuri:

To Experience a Unique Festival

You should celebrate this day to experience a unique festival. It is so rare to have a holiday celebrating genitalia, and for a male one at that.

The celebration has a lot of participants and spectators not only because it is one of a kind but also because it is so much fun to participate in. Hence, if you want to have fun, then go celebrate this festival.

If you are not from Japan, then celebrating this festival would be a good excuse for you to visit the country. You can include this festival to your list of itinerary.

The following are the best things to do to make your celebration of the Kanamara Matsuri as best as it can be:

Watch the Procession of the Mikoshi

The main event is a parade showcasing the mikoshi. You’ll need to arrive in the morning if you want to grab a good spot – the earlier, the better. The procession heads down the road to Kanayama Shrine, starting around noon, with each mikoshi carried by a group of people in traditional dress. 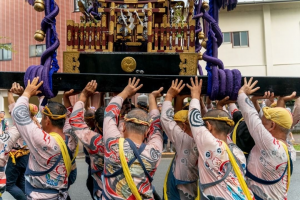 The main attractions are the Kanamara Fune Mikoshi, the Big Kanamara Mikoshi and the Elizabeth Mikoshi. The first two are traditional-style floats – albeit housing huge penises, made of steel and wood respectively – and are impressive enough, but the Elizabeth Float is the uncontested star of the show.

Indulge in Weird But Delicious Snacks

There are delicious dishes available in this festival. They include yakisoba (stir-fried noodles), okonomiyaki (savoury pancakes), takoyaki (fried balls of batter with a piece of octopus inside) and the ever popular choco banana – the chocolate-dipped fruit makes the most of its already phallic shape. There are also exclusive snakcs in the shape of penis and vulva.