Every year Kashmir Martyrs day is observed on the 13th of July on both sides of the Line of Control in India and Pakistan. This is a day when people pay their respect and homage to the Kashmiri people who were killed in the year 1931. 22 people were martyred during a revolt against the atrocities. That was a time when there was Dogra rule, and people rose against them. They protested against the prosecution of Abdul Qadeer Khan Ghazi. He was one of the sympathizers of the Kashmir struggle. 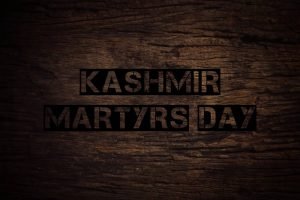 This is an important date in Kashmir. This was the first-ever carnage in the history of the Kashmir. The truth about the martyrs of the Kashmir day is that on this very the whole Kashmiri community commemorate the loss of the lives of their fellow brothers. The heroes are celebrated on this day in the form of those martyrs.

After the Dogra government shot and martyred these people unrest started in the area. After that very date, the plight of the Kashmiri’s started. That was the day when the Kashmiri’s took a stand against the oppression, brutality, and subjugation.

This day is observed in remembrance of those people who were killed on 13th July in Jammu and Kashmir. On this day, the Kashmiri people showed their anger outside the Srinagar jail premises. There Abdul Qadeer Khan Ghazi was tried. He was charged for instigating the public against the Maharaja of Kashmir. He was categorized as a terrorist. Various other incidents took place in Kashmir after this incident.

Since that day onwards people of Kashmir arrange peaceful protests, seminars, and conferences all around the world. They continue to observe this day to highlight the struggle of Kashmiri people for their independence to this day.

How the 22 people Martyred on 13th July?

When people were raising their voice against the Dogra rule on the usurpation of land, the result of this was that they had to face the consequences. They were all brutal consequences.

The Kashmiri people gathered outside the Srinagar Jail to where the case of Abdul Qadeer Khan Qazi was tried for agitation. The purpose of this protest was to show solidarity with Abdul Qadeer Khan Ghazi. During the protest, the time of the prayer approached. One young man among the protest stood up for the Azaan. The moment he started the Azaan, the police of the Dogra region opened fire on him. He was martyred in this way. Another man stood up to continue the Azaan he was martyred as well. In the process of completion of Azaan( the call to prayer), 22 people were martyred. It is also termed as the Black Day in the history of the state.

What does this day highlight?

This day highlights the importance of the struggle of Kashmiri people against the dominant and subjugated rule of the Dogra government. This martyrdom of the 22 Kashmiri’s signifies the fight against the tyranny, enslavement, and brutality of the government. Their martyrdom is celebrated on this day by the Kashmiri’s as hope that one they will have the freedom and they will shine brightly one day.

Even today, people have not forgotten about the sacrifices of the martyrs. They pay tribute to them every year on the same day differently. This is the way of always keeping them alive in the hearts of not only the Kashmiri people but also the whole world. The martyrs laid down after fighting for the establishment of a just state, where every individual could enjoy full freedom and rights.

Names of the Martyrs