Lucy Willis was an English hematologist and physician researcher. During the late 1920s and early 1930s, she conducted research in India about macrocytic anemia of pregnancy, which is a life-threatening disease characterized by the enlargement of red blood cells. 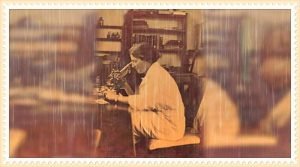 Susceptible to this disease are pregnant women with inadequate diets as well as those from the tropics. Lucy Wills discovered a nutritional factor in yeast that can prevent and cure the disease. It is called the Wills Factor, later called folate, and is a naturally occurring form of folic acid.

Lucy Wills was born on May 10, 1888 and died on April 26, 1964. Every year, some people, especially those in the field of medicine, celebrate Will’s birthday in order to commemorate and honor her.

Lucy Wills was born on May 10, 1888 in Sutton Coldfield to William Leonard Wills (1858–1911), a science graduate of Owens College (later part of the Victoria University of Manchester, now part of the University of Manchester), and Gertrude Annie Wills née Johnston (1855–1939), only daughter of a well-known Birmingham doctor, James Johnston. The family had a strong interest in scientific matters. William Wills had been involved with the British Association for the Advancement of Science and wrote papers on meteorology and other scientific observations. He was particularly interested in botany, zoology, geology, and natural sciences generally, as well as in the developing science of photography. Lucy’s brother, Leonard Johnston Wills, carried this interest in geology and natural sciences into his own career with great success.

Lucy Wills was brought up in the country near Birmingham, initially in Sutton Coldfield, and then from 1892 in Barnt Green to the south of the city. She first went to a local school called Tanglewood, kept by a Miss Ashe, formerly a governess to the Chamberlain family of Birmingham.

Before the end of the 19th century, English girls had few opportunities for education and entry into professions. Lucy Wills was able to attend the Cheltenham Ladies’ College, Newnham College Cambridge, and the London School of Medicine for Women.

In September 1903, Lucy Wills went to Cheltenham, one of the first British boarding schools to train female students in mathematics and science. Will’s record on her exams was good. She passed the Oxford local Senior, Division I in 1905; the ‘University of London, Matriculation, Division II’ in 1906; and ‘Part I, Class III and Paley, exempt from Part II and additional subjects by matriculation (London).

In September 1907, Wills began her studies at Newnham College. She was strongly influenced by Albert Charles Seward, a botanist and Herbert Henry Thomas, a geologist. She finished her course in 1911 and obtained a Class 2 in Part 1 of the Natural Scineces Tripos in 1910 and Class 2 in Part 2 (Botany) in 1911. Although she was allowed to take part in university examinations, she was ineligible to receive a degree solely for being a woman.

Wills decided to research and teach in the Department of Pregnant Pathology at the Royal Free. She worked with Christine Pillman on metabolic studies of pregnancy.

In 1928, Wills began her research on macrocytic anemia in pregnancy in India. This is a condition wherein red blood cells become enlarged. Poor women and those with dietary deficiencies suffered a more severe form of this disease. Dr. Margaret Balfour from the Indian Medical Service asked Lucy Wills to join the Maternal Mortality Inquiry by the Indian Research Fund Association at the Haffkine Institute in Bombay, which is now Mumbai.

Wills observed a relationship between the dietary habits of different classes of Bombay women and the likelihood of them becoming anemic during pregnancy. She found out that poor Muslim women were the ones with both the most deficient diets and the greatest susceptibility to anemia.

This anemia became later known as ‘pernicious anemia of pregnancy’. However, Wills was able to demonstrate that the anemia she observed differed from true pernicious anemia, since the patients did not have achlorhydria, an inability to produce gastric acid. Moreover, while patients responded to crude liver extracts, they did not respond to the ‘pure’ liver extracts (vitamin B12) which had been shown to treat true pernicious anemia. She theorized that there must have been another nutritional factor responsible for this macrocytic anemia other than vitamin B12 deficiency. For some years this nutritional factor was known as the ‘Wills Factor’, and it was later shown, in the 1940s, to be folate, of which the synthetic form is folic acid.

Wills decided to investigate possible nutritional treatments by first studying the effects of dietary manipulation on a macrocytic anemia in albino rats. This work was done at the Nutritional Research Laboratories at the Pasteur Institute of India in Coonoor. Rats fed on the same diet as Bombay Muslim women became anemic with pregnant ones dying before giving birth. The rat anemia was prevented by the addition of yeast to synthetic diets which had no vitamin B. This work was later duplicated using rhesus monkeys since the rat results were tainted by a lice infection which may have skewed those results.

Back in Bombay, Wills conducted clinical trials on patients with macrocytic anemia and established experimentally that this type could be both prevented and cured by yeast extracts, of which the cheapest source was Marmite.

After her retirement, Wills travelled extensively, including to Jamaica, Fiji and South Africa, continuing her observations on nutrition and anemia. In Fiji she, along with New Zealander Dr. Muriel Bell, was responsible for carrying out the first multi-ethnic nutritional survey of women and children in Fiji (1950). They studied the source of anemias, protein and vitamin deficiencies there. Their work was based on some flawed assumptions about the causes of these issues, while at the same time their recommendations were responsible for the introduction of free iron tablets for anemic pregnant women and attempts to provide infants and children with increased protein intake through feeding programs at schools and health centers.

Lucy Wills never married though she was close to her parents, her siblings, and their children. She enjoyed a number of close lifelong friendships, including with Christine and Ulysses Williams, with her Cambridge contemporary Margot Hume (with whom she jointly owned a cottage in Surrey whose botanical garden they cultivated), and with Kait Lucan (the Dowager Countess of Lucan, mother of John Bingham, 7th Earl of Lucan, the disappearing earl), who was a fellow Labor Councilor in Chelsea. Wills died on 26 April 1964.

The first paper of Wills, about plant cuticles, was published in 1914. She worked on two more papers during the 1920s before she worked in India. Four of her studies in India were published in the Indian Journal of Medical Research in 1930 and 1931. When she returned to England, she worked on more papers about tropical macrocytic anemia.

Some of her main publications are as follows: