Established on 6th July 1974, Mizo Hmeichhe Insuikhawm Pawl) was registered under the number 5 in the same year. Headquarter is located at the Aziwal in the capital of Mizoram. 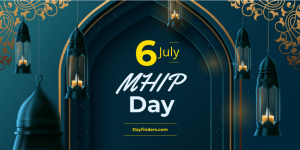 Any women who are 14 years or above can easily get membership in the organization of MHIP. The MHIP is ambitiously working for the empowerment of the weaker strata of the society, namely Women and Children.

The Main Purpose of the Organization (MHIP)

The main purpose of the organization is mainly to carry out humanitarian work. The MHIP does not work with any return favour by the people towards the organization. But as it is built based on helping, improving, and uplifting the needs of the Women and Children. The highlighted activities of the organization are to fight the atrocities against women; it champions the destitute, family counselling, leadership training, and social interaction. They also organize activities for women, such as exhibitions and other activities. Another milestone of this organization is the MIZO’s CUSTOMARY LAW, which provides a little protection to the Mizo Women in general.

The Mizo women were traditionally seen as only one who is only useful for doing the house chores. They are only good for playing the roles of mothers and wives. It is later that these women have taken the role of entrepreneur, teachers, officers, and other official posts in the states administration offices. MHIP is the only organization which can play a vital role in changing the lives of the Mizo women.

Mizoram is a small of Assam in India. The population of this is mostly tribal people and are referred to as Mizos. This is a very small area where the numbers of Christians are more. It is the 5th smaller state of the Indian region.

This area has rivers: valleys and several lakes. Mizoram has a rich flora and fauna and consists of one of the largest forests of the area. The area has a large number of species of bird species which are 635 in number. Most of them can be categorized as an endangered species. For India, Mizoram plays an important role in towards contributing to the economy of the country. Mizoram also produces a large amount of Anthurium and Rose, and this is exported to other parts of the world.

Holiday on the 6th of July

A holiday is observed only in Mizoram in India. Many of the banks are closed on this day. Like all the other days this day is also given special importance only in Mizoram. There is no holiday in other parts of India. The holiday emphasizes on social injustices. The injustices mostly related to the women of the region. MHIP was established for the same reason. To provide women equal status in the society. Although Mizoram is a small part, gender equality and the injustices towards a specific gendered cannot be neglected.