The National Drink Beer Day is celebrated every 28th of September each year. This day gives honor and commemoration to one of humanity’s most favorite drinks – beer.

About the National Drink Beer Day

During the National Drink Beer Day, people conduct various activities that let them achieve the objectives of this day. Obviously, they drink lots of beer during the occasion. Others attempt to make their own beers with their preferred flavors for it. People also celebrate with their friends by going out in a bar or club where they can drink as much beer as they want until they feel dizzy and sleepy.  During this Day, is same like Root Beer Float Day , people conduct various activities. 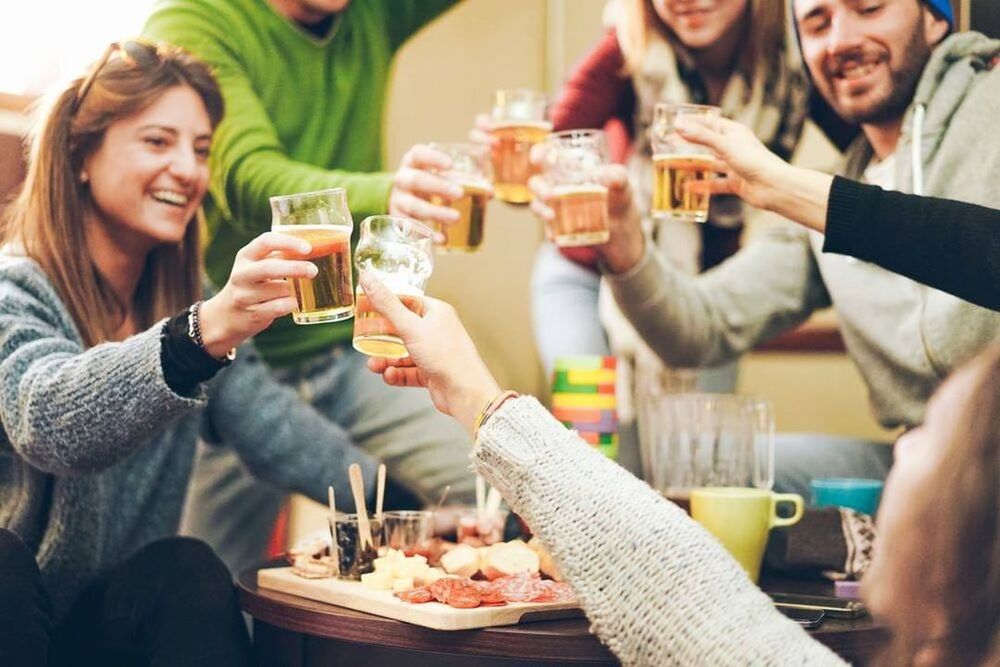 According to historians, beers have begun over 5,000 years ago. Papyrus scrolls during this time have indicated recipes for making beet. Other historians claim that beer was made by Mesopotamians over 10,000 years ago.

During the middle ages, beer made its way to Europe where it became extremely popular. But the beer as we know today was developed by German Monks.

Unfortunately, even with extensive research on this topic, we are not sure how the National Drink Beer Day began or even who founded it. But still, we can make a good guess as to why this occasion started – perhaps a person or a group of people thought that people have come to love beer so much that the drink deserves a special day of celebration all about commemorating it. Hence, the National Drink Beer Day was born.

As mentioned earlier, the National Drink Beer Day is celebrated every 28th of September each year. This means that the dates of celebration for this event are as follows:

The following are the main reasons why you should participate in the celebration of the National Drink Beer Day:

Beer Has Lots of Varieties

One good reason why you should participate in the celebration of this day is that beer has a lot of varieties that we enjoy. There are milk stouts, apple, lemon, lychee, nitro brews, EPAs, IPAs, wheat beers, lagers, ales, porters, pilsners, and saisons. There are also beers infused with ginger, chocolate, coffee, spices, and fruits. By celebrating this day, you can indulge yourself into as much beer flavors as you want.

Beer Gives Us a Good Time

Also a good reason to celebrate this day is that beer gives us a good time. After a tiring day at work, drinking beer helps us relieve ourselves of stress. Beer is also usually drank in parties where, of course, we have a good time in.

Beer Gives Us a Boost of Confidence

You should also celebrate this day because beer gives you a boost in self-confidence. After drinking a few bottles of it, you become so ready to show your moves in the dance floor. You also become confident in telling your feelings to other people. There are so much things that beer can influence you to do. This is worth celebrating after all.

The following are the best things to do to make your celebration of the National Drink Beer Day as best as it can be:

Drink Beer in a Local Brewery

One good idea for your celebration of this day is to drink beer in a local brewery. This will allow you to taste freshly brewed beer. But you are not limited to the brewery nearest to you. You may want to visit other breweries especially those that are famous for providing delicious beer.

Brew Your Own Beer

You may also want to explore your creative side during this day by brewing your own beer. You only need to prepare the ingredients needed to make one. You can even purchase beer-making kits online and follow the easy steps to make your own beer DIY. You can also refer to online guides and videos that can teach you how to make one.

Also a good idea for this day is to throw a party where the only drink is beer. You can enjoy this fun celebration by inviting your friends and family to this party of yours.

Party in a Club or Go to the Bar

MichaelMas or feast of Michael