The National Indian Pudding Day is celebrated every 13th of November each year. This day gives recognition to Indian pudding – everyone’s favorite treat. Indian pudding is best known as a classic best served during the cold weather. This sure surely wows a lot of people and you may want to participate in the Indian Pudding Day to eat as much of this dessert as you want or if you haven’t tasted this delicious dessert yet.

About the National Indian Pudding Day 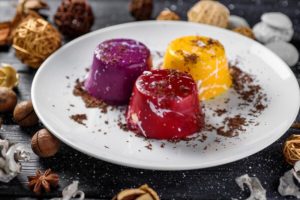 During the National Indian Pudding Day, people conduct various activities that let them achieve the objectives or purposes of the celebration. For one, people try to make their own Indian pudding at home. For that, they consult a cookbook or an online recipe that tells them how to make one. Other people prefer to buy Indian pudding from a bakery or pastry shop that offers some good ones. People also shout out on social media how they are participating in the celebration of the event.

It was during the 17th century when English colonists brought pudding into North America. They initially made pudding using grain. When grain shortages happened, they used wheat instead. Eventually, they used cornmeal. They started cultivating corn for that. The usual ingredients for Indian pudding include milk or water, maple syrup, molasses, ground ginger, cinnamon, butter, nuts, raisins, and eggs. They slowly bake Indian pudding within several hours.

With limited knowledge about the origins of Indian pudding, even less is known about the history of the National Indian Pudding Day. We don’t know when, where, and how it began. We also don’t have a clue as to who founded it. But still, we can make a good guess as to why such an event was established in the first place. Perhaps a person or a group of people thought that Indian pudding is much loved by the people. They must have then thought that it deserves a spot on the list of food holidays celebrated every year.

As mentioned earlier, National Indian Pudding Day is celebrated every 13th of November each year. This means that the dates of celebration for this event are as follows: 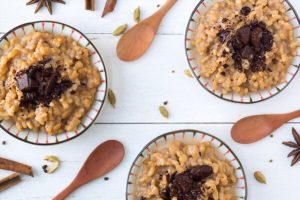 The following are the best things to do to make your celebration of the National Indian Pudding Day as best as it can be:

Boil 2 quarts of milk in a pan. Add in cornmeal then blend with wire whisk until the mixture becomes thick. Add in cinnamon, ginger, nutmeg, salt, and molasses then bring to a boil. On a separate container, mix in the eggs and remaining milk. Add in the mixture made earlier then stir. Prepare a large sugared and buttered casserole. Put in all the mixture there. Bake in the oven for 350 degrees for an hour. Use a knife to test if the pudding is already done. After baking, stand the pudding to cool a little. Then top with vanilla ice cream or whipped cream. Serve and enjoy!

Buy Indian Pudding from the Bakery

Another good idea for your celebration of this wonderful day is to order some Indian pudding from the bakery or pastry shop. For sure, these stores will be offerings lots of these pastries during or even before the event because they expect that a great demand for this pastry will come due to the celebration. Just make sure to buy one or some from a bakery or pastry shop that offers delicious Indian pudding. A renowned pastry shop or bakery will do. This alternative is best for people who want to indulge themselves in some delicious Indian pudding yet do not have the time to make some for themselves. 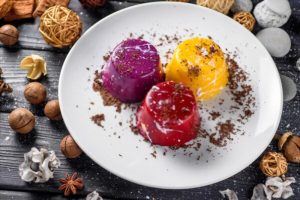 National Pizza with the Works Except Anchovies Day