The National Mathematics Day is celebrated in India every 22nd of December each year. This special day commemorates the birthday of Srinivasa Ramanujan who was an Indian mathematician and made significant contributions in the field of mathematics. 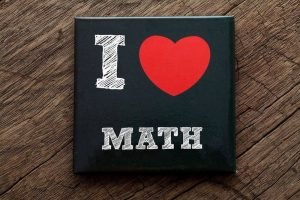 About the National Mathematics Day

During the National Mathematics Day, people conduct various activities that let them honor and remember Srinivasa Ramanujan. They read his biography to know more about his life especially his contributions in Mathematics. Also during this day, people promote the field of mathematics. The misconception about this field is that it is plainly difficult and that only smart people can handle it. People should be taught about the importance of such a field and why simple practice can make anyone knowledgeable about it.

Srinivasa Ramanujan was born on December 22, 1887, in Erode. He got his first immersion with Mathematics when he was only 10 years old. At school, he receives various academic awards and merit certificates for his outstanding performance in academics. He is considered to be an autodidact. He had no formal training in mathematics but he still managed to do his own research alone.

In 1913, Ramanujan connected with European mathematicians. He worked with G.H. Hardy. In 1914, he moved to England where he spent almost five years in Cambridge. While there, he published research papers and got elected to various mathematical societies. He made various contributions in number theory, fractions, infinite series, and mathematical analysis.

On February 26, 2012, Prime Minister Manmohan Singh declared the 22nd of December as the National Mathematics Day. This was held during the inaugural ceremony at Madras University marking the 125th birth anniversary of Ramanujan. He was born on December 22, 1887, and died on April 26, 1920. Aside from that, Singh also declared that 2012 was the National Mathematics Year.

The following are the main reasons why you should participate in the celebration of the National Mathematics Day:

Obviously, since this day is dedicated to Srinivasa Ramanujan then you should celebrate this day to honor him. He has made a lot of significant contributions in Mathematics that is why he deserved to be honored and remembered during this special day of celebration.

To Appreciate the Field of Mathematics

Also, a good reason to celebrate this day is that this is the best time to appreciate the field of mathematics. A lot of people fear this subject and you may be one of them. But this fear is actually irrational because math is a really beautiful subject. Everyone can learn it through practice and concentration.

To Become Motivated in Learning Math

If you are not motivated in learning math, especially if you are a student, then there is no better time to gain motivation in learning it through this day. You can see the beauty in math when you participate in the various activities conducted for this day.

The following are the best things to do to make your celebration of the National Mathematics Day as best as it can be:

One good thing you can do for this day is to learn more about Srinivasa Ramanujan. You can read a biography about him to learn about his life and his contributions. You can also perhaps watch a documentary that features him.

Have Fun With Math

Another good activity to do for this day is to have fun with mathematics. This is about eliminating the fear of the subject. You can watch educational math videos online and see the goodness in it.