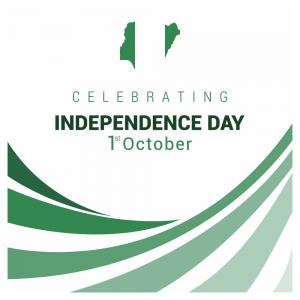 The Nigerian Independence Day is celebrated every year on October 1st. It’s a very special and important event in the history of Nigeria as it marks the marks the independence from their former colonial master. The country was once a colony of Great Britain until it became an independent and free state on October 1st, 1960.

Happy Birthday Nigeria! The country is 61st today and here is wishing every Nigerian out there a happy and fulfilling Nigeria Independence Day celebration.

When Is Nigerian Independence Day?

Nigerian Independence Day will be celebrated on Thursday, 1 October. This year, the country will celebrate it’s 61th anniversary of independence.

Nigerian Independence Day How Many Years?

October 1,  will mark 61 years since Nigeria got independence from the British colonial rule in 1960. This year, Nigerian people will proudly celebrate the 61st-anniversary of their country’s independence.

About 2000 years ago, Nigerian people having Nok culture traded slaves, Ivory and kola nuts for salt, coral, fabric, and weapons. They worked with metals like iron and produced terracotta sculptures.

In the mid-1850s, Great Britain was expanding colonies around the world and Nigeria also became a colony of British rulers. By 1901, the British Government took strong control of the Royal Niger Company’s Nigerian territories, while Lagos, the former capital of Nigeria, became a British protectorate.

The Colonization lasted for over a hundred years, during which the British Government took full advantage of Nigeria’s natural resources until after the World War II when an ‘independence movement’ for free Nigeria arose.

After a long struggle, the nationalism and independence movements kicked the British out and Nigeria became an independent state. The region was granted full independence on October 1st, 1960, marking the Nigeria Independence Day. 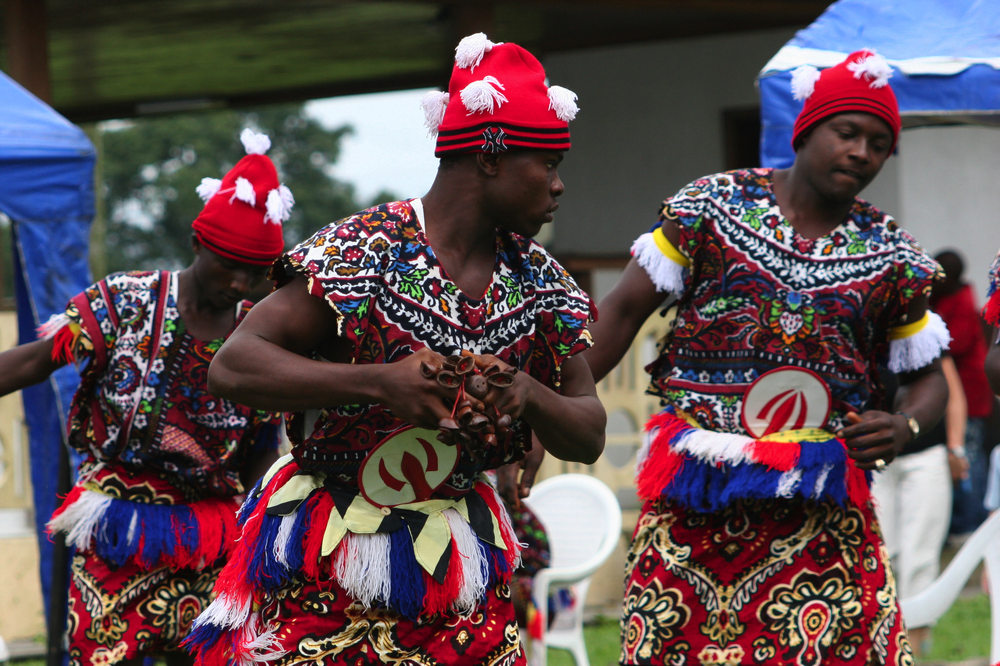 Nigeria celebrates its independence every year on October 1st, both in the capital and 36 states. A public holiday is observed on Nigeria Independence Day.

On the morning of 1st October, the President broadcasts a live speech on television and radio to commemorate the Independence Day.

There is a flag raising ceremony to honor the nation. Festivals and parades are held all across the country, including the display of tanks, missiles, and advanced armories. The armed forces parades with cultural dances are followed after the Presidential speech.

Millions of people take part in the Nigeria Independence Day celebrations & same day Cyprus Independence Day. Special homage and tribute is paid to the freedom fighters and other national leaders who fought for the independence of Nigeria from colonial rule.

Finally, the national Nigerian cake is cut to commemorate the celebrations at Aso Rock (the name given to the Presidential Villa).

October 1 Public Holiday in Nigeria: An Affair To Remember!

The Nigerians celebrate their country’s independence day by decorating their streets, homes, and towns with Nigeria Flags. People are out in the streets waving and wearing the colors of the flag – green and white.

Most clubs and entertainment centers in the cities host special independence day-themed events. Some venues even offer free entrance for women and kids. Special parties for people of all ages are held, where they can enjoy games, food, and raffles.

For many Nigerians, this special public holiday is well spent with family or friends and sharing traditional meals. Many youngsters buy their fireworks from local vendors and light them in the celebration of Nigeria Independence Day. Thousands of people also head to the beach with picnics. 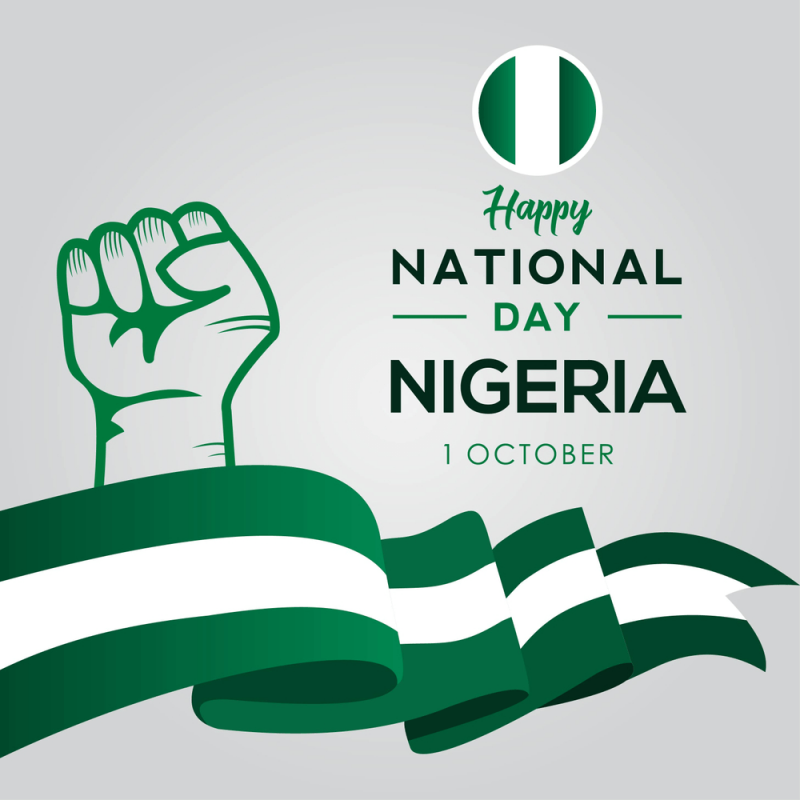 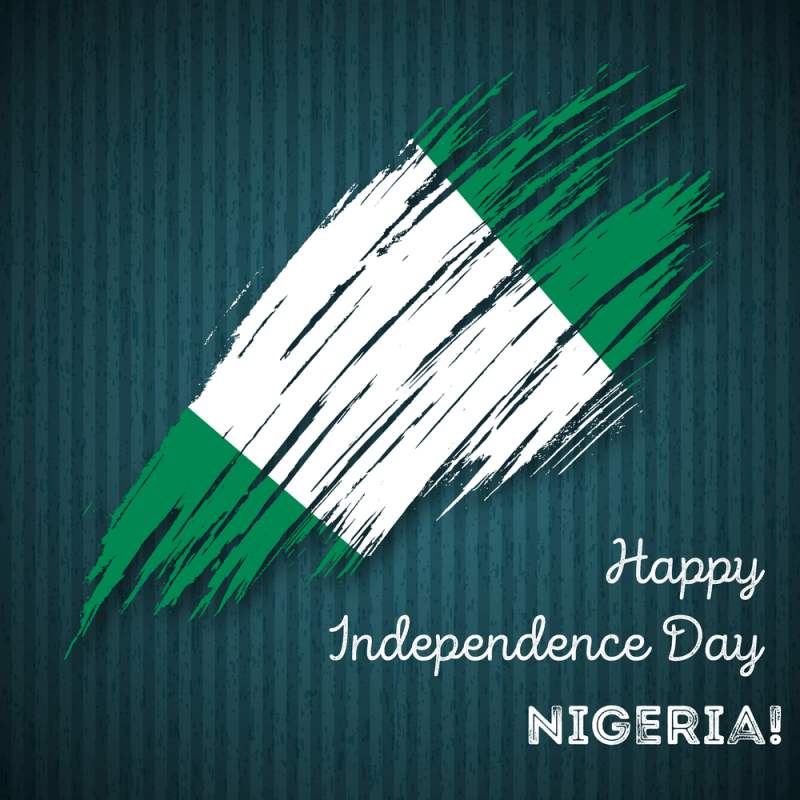 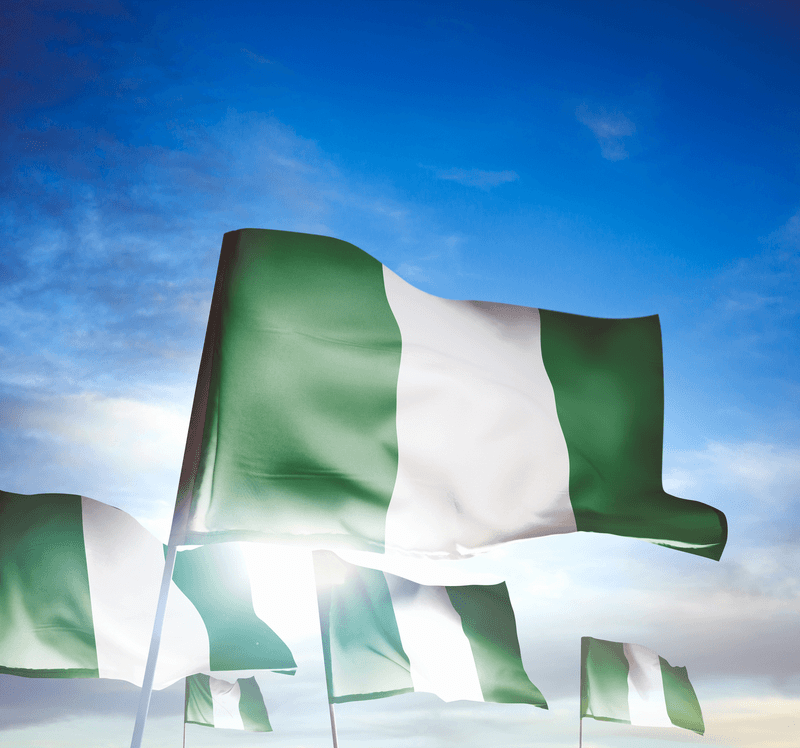 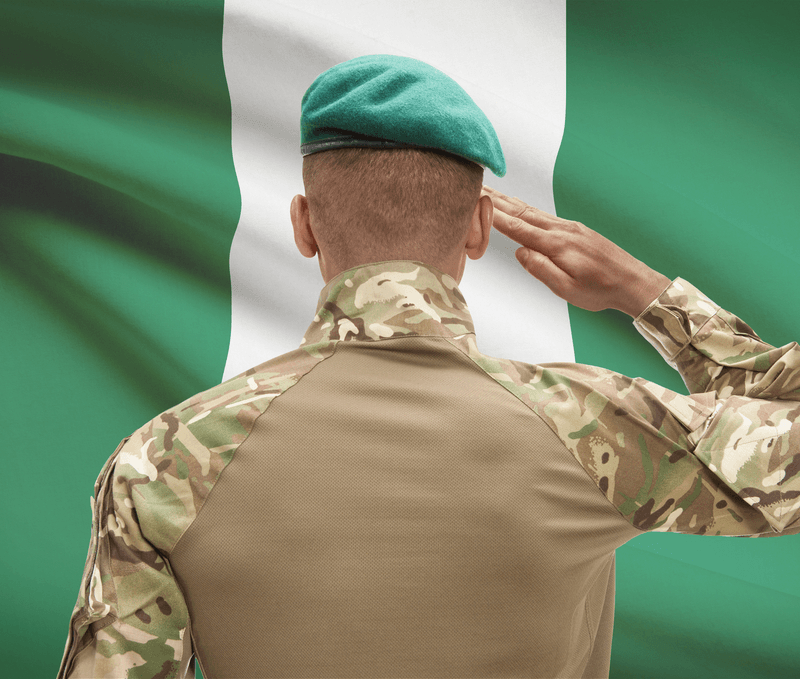 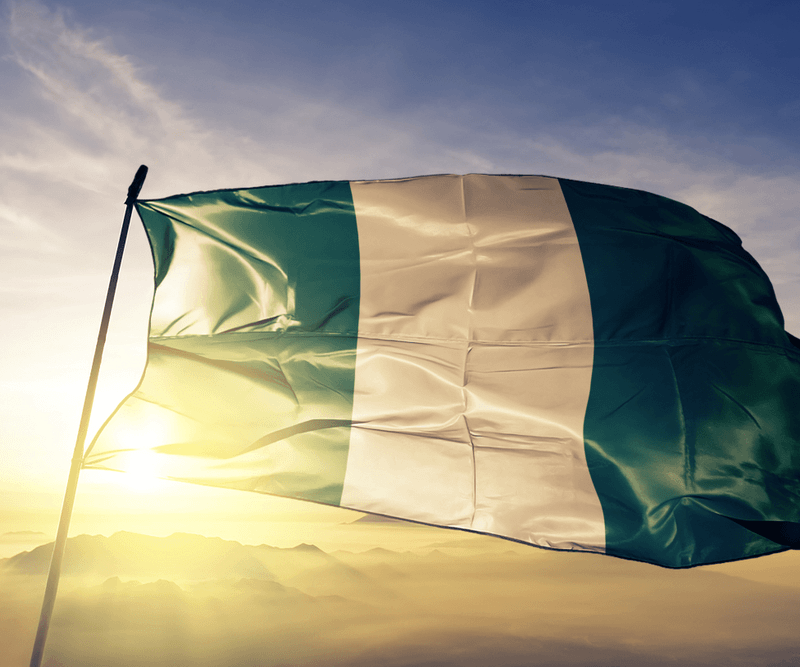 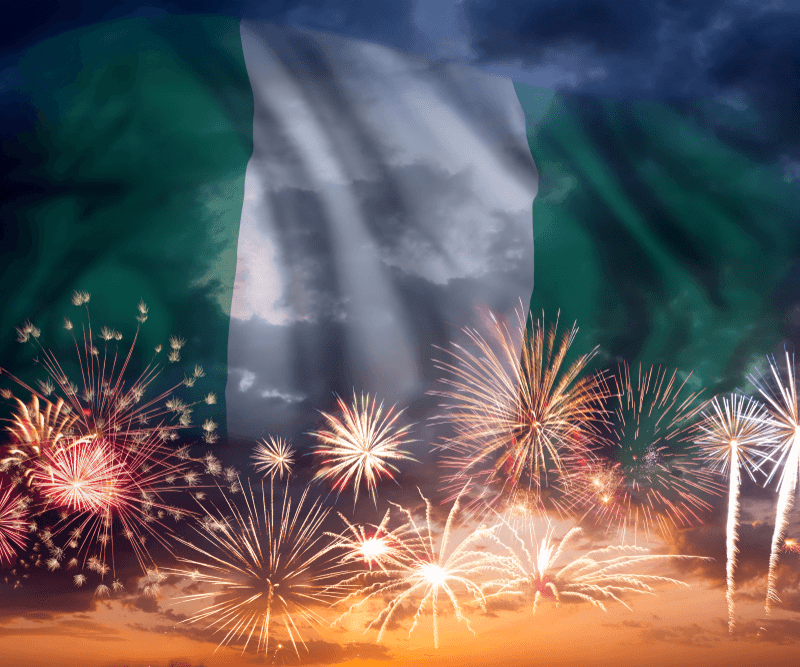 How did Nigeria gain its independence from Great Britain?

The country’s first government was a coalition of conservationist parties and came to power in the mid-20th century, in response to increasingly passionate requests for political independence from the colonial powers.

Great Britain recognized that the drive for independence began to gain momentum after the 2nd World War, and they guided the nation, then Nigeria’s Colony and Protectorate, towards a model for self-government.

So this is how Nigeria won its independence.

When did Nigeria get independence?

Nigeria got its independence on October 1st, 1960.

Did Nigeria Fight for Independence?

Nigeria didn’t fight for independence with the British. There was just a ‘struggle’ which led to Nigeria’s independence from Great Britain. However, there were civil wars later on.

The ethnic groups which started the civil war included: Hausa of the north, The Yoruba of the southwest, and Igbo of the southeast.

In 1960, Great Britain gave Nigeria its autonomy. A better-known Nigerian Civil War for Nigeria’s Independence (the Biafran War) took place in Nigeria on July 6th, 1967. The War led to an uncomfortable peace and stability in which the Nation had been afflicted in 1960 by independence. This newly established country had a multiplicity of various ethnic groups who took part in this civil war.

The civil conflict for Nigeria’s Independence was a consequence of the tensions between the different populations of Nigeria, economic, ethnic, cultural and religious. Like many other African countries, Nigeria was launched by the British as an artificial framework that had ignored religious, cultural, and ethnic distinctions.

Who is the father of Nigerian nationalism?

Olayinka Herbert Samuel Heelas Badmus Macaulay is considered by Nigerians as the founder/father of Nigerian nationalism. Herbert Macaulay was one of the first Nigerian nationalists, who was considered a fierce opponent of colonial policies. Throughout his life, he worked to expose the colonial government. He even founded news magazines like Nigerian Daily News, where he used to write his opinions against the British rule.