The pin code week is celebrated every 15th to 21st of January each year in India. This celebration aims to make people aware about the importance of pin code. 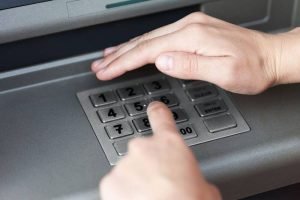 When documents are sent to someone or somewhere through the postal department, a small rectangular box containing six partitions to fill in the pin code number of a particular place is attached. This box is usually ignored by the people and left unfilled. But what they don’t know is that the pin code is needed by the postal department and could potentially make their work in sending documents less difficult.

About the Pin Code Week

From the name itself, the pin code week is an entire week of celebration. It involves various awareness programs and camps that aim to educate people about pin codes and their importance. PIN stands for Postal Index Number. It is the word involved with the terms pin code or pin number. The pin is a 6-digit unique number assigned by post offices. It greatly helps post offices deliver letters all over India a lot faster. The pin denotes the real address and makes sure that the letter has arrived at its destination.

Structure of a Pin Code Number

To give you an example of how to decode a pin code, let us take a look at the pin code of one of the regions in Central Delhi: 110060.

How does PIN code work?

For the pin code system of India to work effectively, the entire country was divided into eight PIN zones:

It was on August 15, 1972 when the pin code system was introduced by Shriram Bhikaji Velankar who was a secretary in the Union Mistry of Communications back then. The purpose of introducing the system was to simply and streamline the manual sorting and delivery of mail, which at that time, was suffering from a lot of anomalies including confusions over incorrect address, names, and varying languages.

On April 1, 1974, the PIN code system was first opened to the public. That time, there were only 3 pin zones: Bengal for the Eastern and Northern regions, Madras for the Southern region, and Bombay for the rest. When India became an independent country, the pin code system got divided into eight zones.

Each pin code represents exactly one delivery post office. This post office is the one that receives all the mail to be delivered to one or more lower offices within its area or jurisdiction. The delivery office can be a General Post Office, a Head Office, or a Sub Office. They are usually located in urban areas.

The post from the delivery office is sorted here. The post is then delivered to the exact delivery office as indicated by the pin. In rural areas with limited postal services, branch offices are located. Hence, the pin code serves as an extremely important piece of information that the post men use to deliver whatever that needs to be delivered to their exact destination.

The following are the main reasons why you should participate in the celebration of the Pin Code Week:

One good reason why you should participate in this celebration is that by doing so, you can help post offices and their employees make their work a lot less difficult. Pin codes are their guide when it comes to delivering parcels and other items. When people are encouraged to fill up the pin code in their packages, deliverymen can make their deliveries a lot easier.

To Make Deliverables Arrive on Time

When you include the pin code in the thing that you want to get delivered by the post office, you can make the delivery a lot faster. Pin codes can greatly help postmen because it provides the exact location where the parcel should be delivered. Hence, anything that is sent through the post office can be delivered on time or even earlier.

To Influence Other Places

Unfortunately, India is not the only place where people give less importance on pin codes. There are also other countries where pin codes are usually ignored. But if take part in the celebration of this day, you can influence other people in including the pin code in their letters and documents. Your voice can even reach other countries, not only India, especially if you use your social media account.

The following are the best things to do to make your celebration of the pin code week as best as it can be:

Learn the Importance of Pin Code

Inform Other People About the Importance of Pin Code