The Swami Dayanand Saraswati Jayanti is an annual celebration held every tenth day of the Krishna Pasha in the month of Falgun. It commemorates the birth anniversary of Swami Dayanand Saraswati who is the founder of Arya Samaj. He was also one of the first men to oppose the social evils of animal sacrifice, child marriage, discrimination against women, and the caste system. He also condemned pilgrimages and idol worship. Throughout his life, he wrote 60 works with the Satyarth Prakash or The Light of Truth being the most popular one. This books became integral for India’s achievement of freedom.

About the Swami Dayanand Saraswati Jayanti

During this special day of celebration, people conduct various activities that let them achieve the objectives or purposes of this day. For one, people get to know more about Swami Dayanand. They read his biographies and watch documentaries featuring him. Other people spend this day by reading the works of Swami Dayanand. People also shout out on social media how they are celebrating this day. 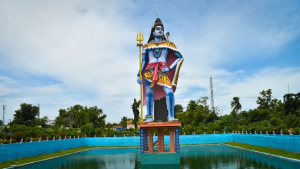 Swami Dayanand was born as Mool Shankar Tiwari to a Hindu family. He was a renowned scholar of the Vedic knowledge. He believed that Hinduism diverged from its founding principles. He thus, dedicated his life to revive the Vedic ideologies. He spent 25 years as a wandering ascetic in order to know the deeper meaning of life.

In 1875, Swami Dayanand founded the Arya Samaj. His vision was universal brotherhood and believed that “all actions should be performed with the prime objective of benefiting mankind.” He wrote the ten principles of the Arya Samaj that are now being followed by millions of people all over the world.

As mentioned earlier, the Swami Dayanand Saraswati Jayanti is celebrated every 10th day of the Krishna Pasha in the month of Falgun. This means that the dates of celebration for this special day are as follows:

Dayanand Saraswati has become one of the most influential figures in the country of India. His works have inspired a lot of people, especially during the time when India was struggling to achieve the country’s independence. Because of his valuable contributions, he deserves to be honored during this special day of celebration. Hence, you must celebrate this day to give him commemoration and honor.

The following are the best things to do to make your celebration of the Swami Dayanand Saraswati Jayanti as best as it can be:

Read the Books and Works of Dayanand Saraswati

Dayanand Saraswati wrote numerous books for the people to know and understand his ideals. One of his most influential works is the book Satyarth Prakash, which contributed to India’s struggle for independence. Madam Cama, Pandit Lekh Ram, Swami Shraddhanan, Lala Rajpat Rai were all followers of Swami Dayanand Swami. Since the books written by him were influential and contains lessons for life, you should also read these works of his.

Get to Know More About Dayanand Saraswati

Apart from knowing Swami Dayanand Saraswati’s works, you should also take time to know more about him. You can do this by reading a book or biography about him. You can also watch a documentary or an online video that explains his life and his works.