When is Tuvalu Independence Day ?

The Tuvalu Independence Day falls on Friday, 1 October. This year, the Tuvaluans will celebrate their 43rd anniversary of independence – commemorating the declaration of independence from Great Britain. 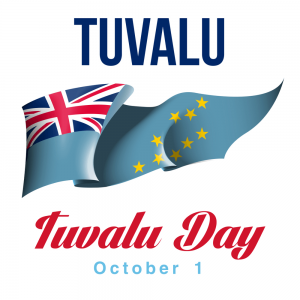 Tuvalu, that is formerly known as Ellice Islands, came under Great Britain’s rule in the late 19th century as the result of the treaty signed between Germany and Britain relating to the demarcation of the spheres of influence in the Pacific Ocean.

The Ellice Islands was declared a British Protectorate in October 1892 and remained under colonial rule for 84 years till 1976.

The United Nations Organization was founded after World War II and it started the policy of decolonization. In 1974, a referendum was held to decide whether the Ellice Island should stay a British Colony or gain independence. As a result, separation of the colony was divided into two stages – In 1975 Tuvalu was perceived as a different British reliance with its own legislature and in 1976 separate administrative units were made out of the civil services of the former colony.

Tuvalu became a completely independent state within the Commonwealth on October 1st, 1978, marking the end of British rule. Mr. Toaripi Lauti became the first Prime Minister of Tuvalu and the country finally emerged as an independent nation.

The national flag of Tuvalu was designed when the country became an independent nation in 1978 and getting freedom from Great Britain’s rule.

The Tuvalu Flag is a blue ensign based on the Union Flag. There are nine stars present on the flag which represent the nine islands of Tuvalu. The arrangement of the stars is geographically correct, with the east towards the top. 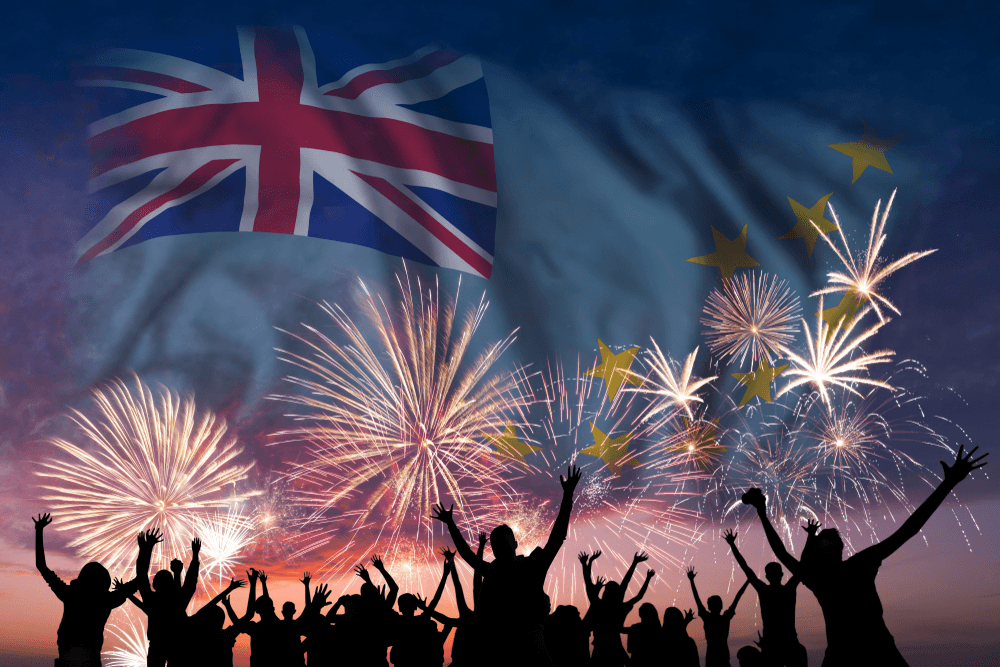 The Tuvaluans all around the world will celebrate Tuvalu Independence Day on 1st October. As this day holds a great importance for every Tuvaluan, so people here celebrate this day with full patriotic zeal and fervor.

The independence day begins with special prayers for peace, progress, and development in the country. Early in the morning, a ceremony of raising nation flag is held in the capital of Tuvalu. The ceremony is followed by a military parade.

The national flag is hoisted at all important public and private buildings. As its a public holiday, so many people go out with their families to enjoy and celebrate. The day-long festivities also include special seminars, music and painting exhibitions.

To spice up the festivities, vendors set up stalls across the country to sell Tuvalu’s national flag, shirts, badges, and caps. These stalls are crowded with youngsters and elderly alike who buy these things to show their patriotism. 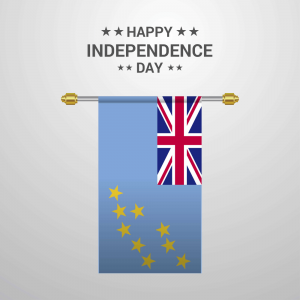 Some Interesting Facts About Tuvalu