Independence Day in Uganda is celebrated on 9th of October, every year. This event holds an important position in the history of Uganda, as it marks the country’s freedom their former colonial master – the Great Britain.

Britain a nation renowned in arms and ultimate power, had extended its dominion over Uganda. However, its grip on this colony came crumbling after World War II that only weakened the British economically but also empowered most African elites to vigorously demand self-rule and the rest is history!

Like other countries, National Day in Uganda is celebrated with utmost zeal and fervor. It’s a day of national pride. There are festivals, parades, and cultural celebrations – all designed to promote the nation. The National Flag of Uganda is prominent at all celebrations as a demonstration of pride in the country.

When is Uganda Independence Day 2021?

Uganda will be celebrating it’s 57th Independence Anniversary or 57 Years of Independence on Wednesday, 9 October 2021 – commemorating the special day in 1962 when Britain ended its mandate over the country. 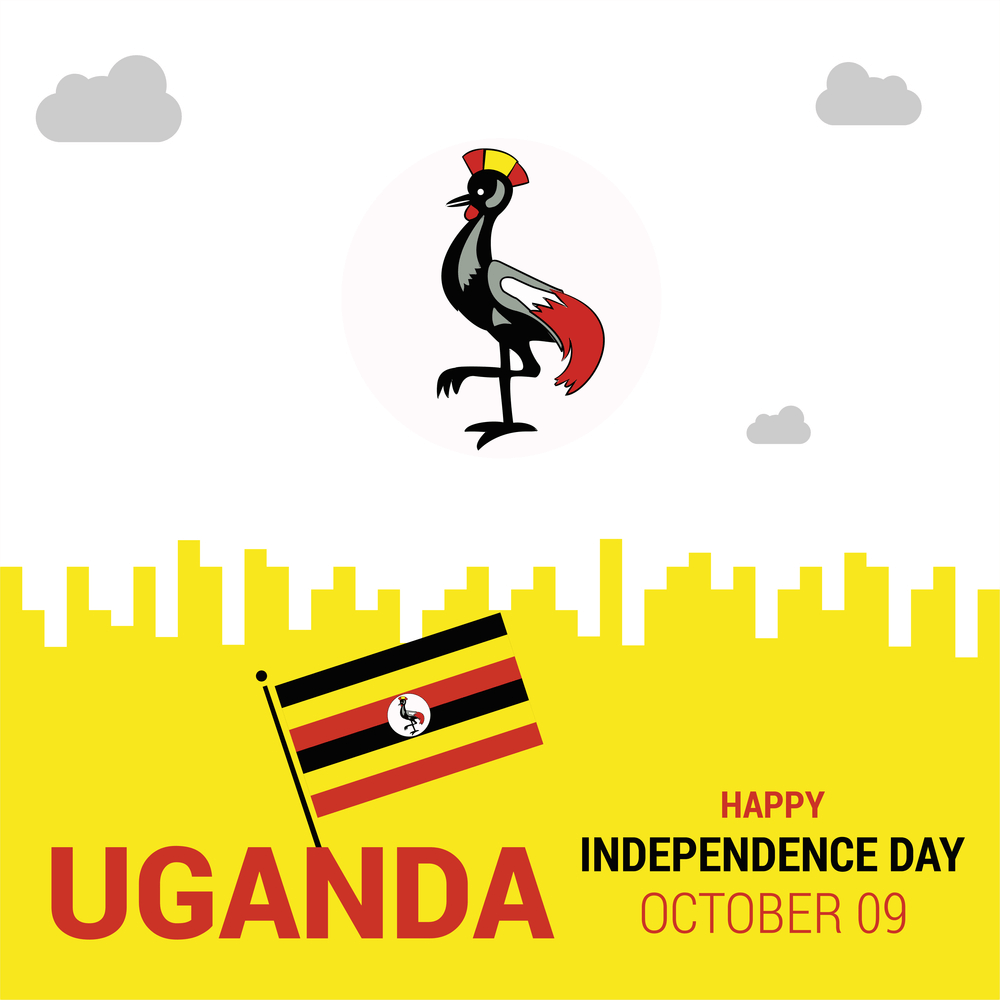 The Independence Day of Uganda is celebrated annually on October 9. It’s a day to celebrate Uganda’s freedom from their former colonial master i.e Great Britain.

John Hanning Speke was the first British Explorer who discovered the territory of Uganda in the 1860s when the British explorers started the search for the source of the Nile. By 1877, the first British missionaries began arriving in the country with the blessing of the Bugandan King, Mutesa I.

In 1888, Britain gave control of Uganda to the British East Africa Company. However, other European powers stepped into the scene and fought to gain control of Uganda, until 1890 when an agreement between Germany and Britain placed Uganda under the charter of British.

Religion was an alarming issue in the country that need to be answered ultimately. In an effort to gain control over the religious factions in Uganda, Britain made the country a British protectorate in 1894, placing tribal leaders in governmental roles as puppets.

In 1900, the Uganda Agreement placed the Protestant Bakungu chiefs in control, angering different tribes all through Uganda. The British picked the Bakungu chiefs as pioneers because of their strong faith in Christianity and their ability to collect taxes. This step by the British led to sectarian conflicts in Uganda.

By the mid of the 20th century, Britain had been weakened by its involvement in World War II and with the call for freedom sweeping across Africa, many British Empire territories in the locale had started to be allowed autonomy.

Britain democratized some of the local governments and the main Africans were allowed in the administrative council in 1945. By 1955, a large portion of the legislative council were Africans. A general election was held in 1961 and the nation became fully-independent in 1962.

On 9 October 1962, Uganda picked up its freedom from Britain as a parliamentary democratic monarchy with Queen Elizabeth II staying as head of state.

The kingdoms of Buganda, Ankole, Bunyoro, and Toro received government status and a degree of autonomy.

Milton Obote the leader of the Uganda People’s Congress (UPC) turned into the prime minister. 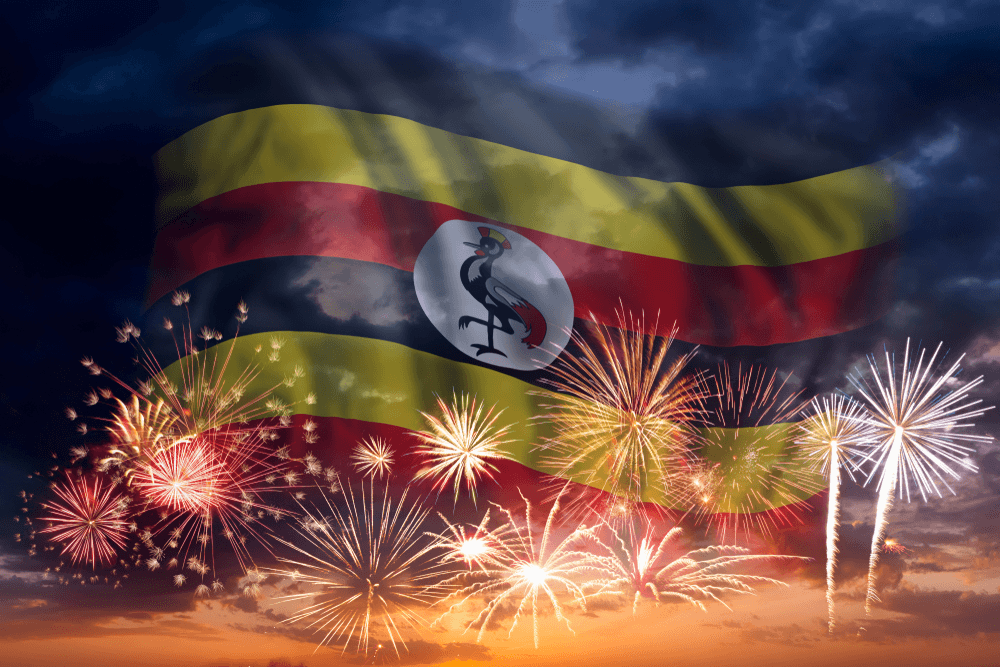 Independence Day is an official holiday in Uganda on October 9. All governmental and non-governmental offices, institutes, organizations, and major markets are closed.

The dawn of nationhood is welcomed with excitement, enthusiasm, and pride. The celebrations start with special prayers for peace and progress in the region, followed by a flag-raising ceremony in the capital.

The National Flag of Uganda is hoisted at all important public, private buildings, and monuments. Many official buildings are decorated and colorfully lit. The residents also show their patriotism by decorating their streets and houses with pennants and lights.

The day-long festivities include special Independence Day documentaries, seminars, music and painting exhibitions. These seminars pay special guard of honor to Uganda’s ancient leaders and freedom fighters who sacrificed their lives to throw colonial masters out of their country and struggled for a ‘Free & Independent’ Uganda.

On this day, the Prime Minister and the whole Ugandan Nation pays special tribute to all the political leaders, freedom fighters, civil servants, and ordinary men and women who contributed their lives to the building of an Independent Uganda.

Many Ugandans celebrate their National Day by attending military parades, while some head out to recreational spots with their families and friends, and enjoy a lovely picnic. Firework shows are put together on the eve of Independence Day.

There are performances by famous artists, along with demonstrations of native dance.  Celebrations include traditional foods and beverages with many in attendance wearing traditional clothing. 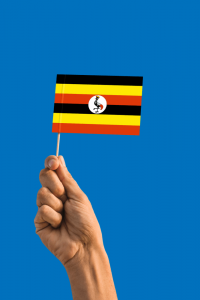 The National Flag of Uganda was adopted on October 9, 1962, the date that Uganda became independent from Great Britain. The flag consists of six equal horizontal stripes of black (top), yellow, red, black, yellow, and red (bottom). A white disc is designed at the center and depicts the national symbol of Uganda.

Here’s what the flag represents:

* Do you know? The grey-crowned crane in the center is the military badge of Ugandan soldiers and the national symbol of Uganda. The raised leg of the crane symbolizes the forward movement of the country.