Veterans day is a public holiday in the United States of America. This day helps to commemorate all the veterans lost in the wars. It is annually celebrated on 11th November. The day when world war 1 officially ended. Americans celebrate this day very enthusiastically.

What is Veterans Day?

So many Veterans have lost their lives for the sake of America. This is the reason for the celebration of this day. These veterans and their families have sacrificed in a great deal for the betterment of the country. The veteran day is sometimes confused with Memorial Day. Both these days are patriotic. The difference is that on a Memorial Day, people spend it while remembering the deceased veteran. It is a day to remember the people who died for us. Whereas in veterans day you can do the same, but it is also a day to show your gratitude to the living veterans of the country.

When was the first Veterans day celebrated?

The history of this day goes back to almost a century. This day was marked to honor the end of world war 1, which officially happened on 11th November 1918. In 1926, Congress passed a bill to observe this day on 11th November nationally. Though, it was not until 1938 that it became a national holiday. Before 1954, this day was called “Armistice Day.” The name of this day was officially changed to Veterans day in 1954 by the president Dwight D. Eisenhower.

However, this day was complicated a little when in 1968 Congress passed a bill that veterans day will be celebrated on 4th Monday of October. The reason for this was to give consecutive holidays to people. There was utter confusion for when to celebrate Veterans Day. Some people still celebrated it on 11th November. In 1971, president Gerald Ford returned Veterans Day to its original date, i.e., 11th November. This date made more sense to everyone because of its historical importance and significance. Since 1971 11th November is annually celebrated as Veterans Day in the United States of America.

Why is Veterans day celebrated?

This day is marked in honor of those people who have served their country. Veterans day honor every man living or dead who have made sacrifices for their country. So many Americans took part in world war 1, 2 to save their country. Many veterans are still alive today. Each war that came after world war had millions of veterans to whom we owe so much. The veteran day is the time to do something for these veterans. This day salute these veterans, to recognize their sacrifices, and to give respect to them.

How is Veteran Day celebrated?

Almost a century has passed since this day was first celebrated. Many people have come up with great ideas to the owner the veterans who have sacrificed their lives for their country. People in united states like to thank them all in different ways. Some people want to give them a significant discount on their products. Others like to take care of the family of the deceased. Since it is a public holiday, school offices and other workplaces close down. Huge parades are carried out to pay tribute to the ones we have lost and to show respect to the veterans we still have.

One way to show respect to veterans is to listen to them. People who have served their country, the people who have almost died for their country. These people have sacrificed their friends, sacrificed good time with their family. They, sometimes sacrificed parts from their body while fighting. These people have stories which are like treasure. On this day, many people come out and hear stories from their veteran friend. Be gentle to them. Recognize their pain and their sacrifices. Listen to them and then share their story so that they never die, their story remains alive, always.

Serving the community is the most extraordinary way of celebrating veterans day. There are many veteran homes nationwide. People give supplies to shelter like these. Many students also volunteer to work in these shelters.   It is a perfect day to thank you, friends and family, or anyone you know who has served for the country. People like to make different cards and write poems for the veterans they know.

Great Britain, Australia, France, and many other European countries also observe days to honor the lives of people who died in world war 1 and world war 2. In Canada, this day is called Remembrance Day, and in Britain, it is observed on the second Sunday of November.

Some unique facts about veterans day:

Celebrated annually on November 11, Veterans Day is a holiday commemorating all the veterans who lost their lives in the war. Here is a collection of Happy Veterans Day Images. Share these downloadable Veteran Day Pics with quotes on Facebook, Instagram, Twitter and observe Veterans Day in a true patriotic spirit! 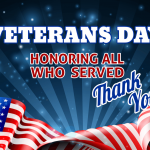 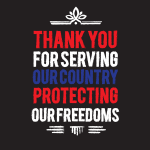 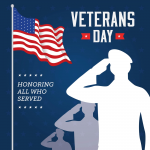 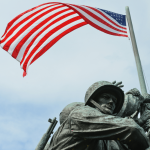 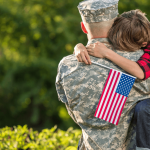 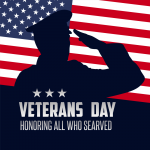 What is the correct spelling of Veterans Day?

The name of this holiday is correctly spelled as Veterans Day and not Veteran’s Day nor Veterans’ Day because it is a day dedicated for honoring all veteran.

On what day of the week will Veterans Day be observed?

The Veterans Day is not a moving holiday. It is always observed on the 11th of November regardless of the day of the week where it falls.

Who decides if a government office or business closes or stays open on Veterans Day?

By law, the federal government declared Veterans Day as a non-working holiday. Hence, government and private offices are closed.

Why do some schools close and others remain in session on Veterans Day?

Schools are different from offices and different states may have different policies. Hence, it will depend on a school if it will suspend classes for the celebration of the Veterans Day.

What is the difference between Veterans Day and Memorial Day?

Is Veterans Day celebrated in other countries?