National Watermelon Day is a non-official American holiday which is celebrated to honor and enjoy one of summer’s most juicy sensations, the Watermelon. This holiday brings watermelon lovers together to enjoy this refreshing fruit in loads of different ways. After all, a fruit this satisfying deserves a day of its own, no?

When is National Watermelon Day 2021?

National Watermelon Day is celebrated annually on August 3. This year, the holiday falls on 3 August 2021. 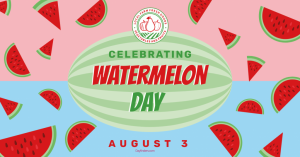 If you check out Google Trends, stats show that search queries with keywords “National Watermelon Day” date back to 2004. Though, proper interest in this watery holiday began to rise from 2009 onwards. Since that year, searches for the holiday always spike on August 3.

While we might not know tons about the history of the day, the history of the fruit itself is quite illustrious. Biologists and botanists believe Southern Africa was the place where a vine shaped plant grew fruits what we now know as modern day watermelons.

The first known watermelon cultivation occurred approximately 5,000 years ago in Egypt and is illustrated on Egyptian hieroglyphics on walls of their ancient buildings. Watermelons were often put in the burial tombs of kings in belief that it would help the deceased stay fresh in the afterlife.

Native Africans cultivated watermelons since 2000 BC. Slowly and gradually, the modern watermelon found its way into many parts of Asia over the next thousand years, before eventually entering southern Europe by the tenth century AD.

In the 16th century, the watermelon was introduced to the rest of the world through European settlers and African slaves. As it approached the 17th century, the juicy fruit became a commonly grown crop in the United States.

As of today, watermelons are cultivated in as many as 43 states in the US. The states which grow the most number of watermelons are California, Arizona, Georgia, Texas and Florida.

Why do we celebrate National Watermelon Day?

As mentioned earlier, watermelons contain loads of water in them. That means they are awesome thirst quenchers, making them the perfect summer delight! In the Kalahari desert, where they are known as tsammas, watermelons are one of the biggest sources of water during the scorching heat of the summers. History tells us that people used to cross deserts only during good watermelon seasons.

On National Watermelon day, the world celebrates a fruit that helps fight cancer. Studies show that the antioxidants – carotenoid and lycopene – contained in watermelons reduce the risk of some types of cancer.

You can do just about anything with a watermelon, something which makes it a perfect celebration item. All parts of the fruit are edible, including its flesh. In many parts of the world, watermelon flesh is fried and pickled. In some some areas of China, watermelon seeds are dried, roasted and then consumed like nuts.

Watermelon is one of the few delicious food items in the world that you can eat in unlimited amounts, totally guilt-free! So on National Watermelon Day, anyone can join in on the fun, even your diet conscious buddies!

Best Activities & Things To Do on National Watermelon Day

To get your watermelon party started, here are a few fun ways to spend this refreshing day:

1). Find different ways to eat it

Try doing something out of the box on National Watermelon day. Maybe something like a spicy grilled watermelon would do? Or you could keep things simple by freezing your watermelon slices and then consuming them as popsicles! However, if you’re actually feeling innovative, try making your own watermelon glass. Load it with ice and freshly-mixed lemonade for stunning summer drink!

If you’re serious about taking your watermelon celebrations to the next level, take a trip to one of the exciting National Watermelon day events mentioned later on in this article. With hundreds of different types of watermelons around the globe, and tons of watermelon-themed events, there’s something for your whole family.

Pumpkins arent the only badass fruits out there that allow you to take your inner Leonardo Da Vincis to the next levels. You are just a couple google search queries away from becoming the master Watermelon carver! Start from the basics, by making some cool watermelon baskets and then hop on to the pro stuff featuring minions and submarines!

There are many science experiments involving watermelons that you can perform to make this day even more fun. The erupting watermelon trick should get the kids in your house jumping!

If you do this in class, you’re probably going to get thrown out! However, on National Watermelon Day, seed-spitting is actually quite a competitive sport. Check out the official rules from the rule page on the Pardeeville Watermelon Festival Seed-spitting Championships official website.

6). Plant your own watermelon seeds

With the warmness in full cry right now, there is no better time to plant your own seeds, since watermelons love growing in the hot weather.

Here’s a small guide on how to perfectly plant your first watermelon.

1) Completely fill the planting pot with dirt.
2) Press seeds approximately 1-inch deep into the dirt.
3) Water right away and then regularly once per week.
4) You should see fresh plants showing up in approximately 10 days.

Life is like eating a watermelon, you know you’re going to get some seeds; just spit them out and take another bite – Jeff Steinmann

When one has tasted watermelon, he knows what the angels eat – Mark Twain

Happy Watermelon Day 2021 to all my friends. Let’s celebrate it by eating Watermelons and appreciating its delicious taste.

Happy Watermelon Appreciation Day to all those celebrating. This delicious fruit is a gift from the heavens, that has no parallel! 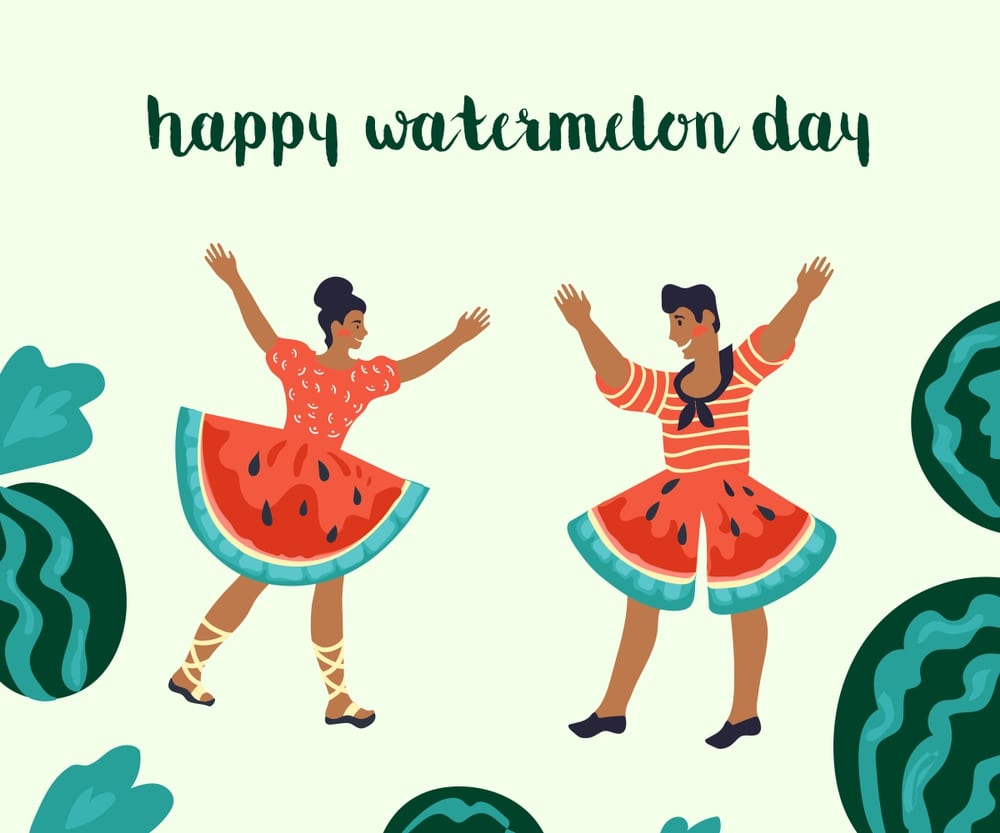 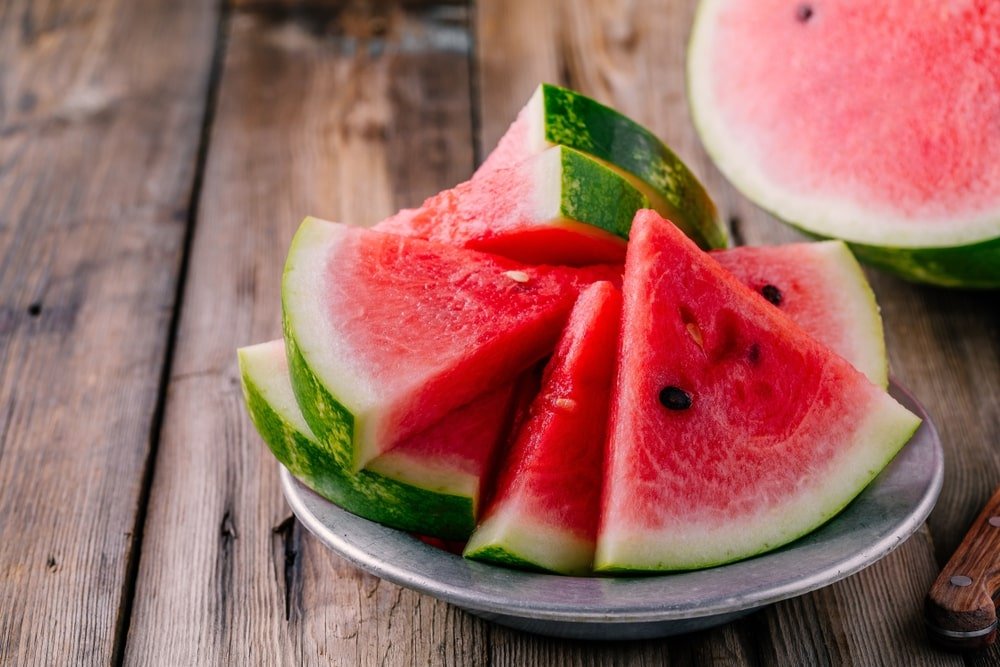 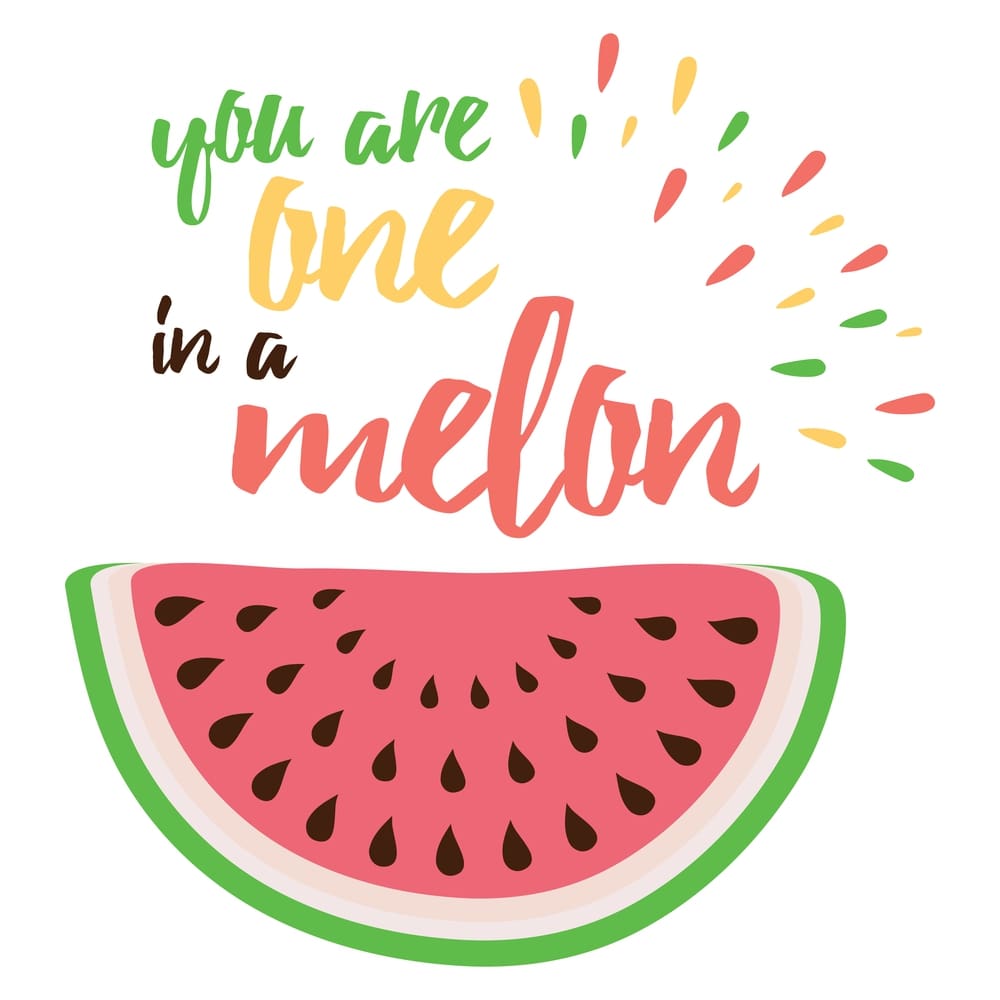