World Emoji Day is an unofficial holiday that is celebrated every 17th of July each year. This day is considered the global celebration of emojis. During this day, people celebrate by conducting emoji events and also by releasing products that are related to emojis. This celebration started in 2014. It is a very popular event across the world with NBC reporting that back on July 17, 2015, it became the top trending item on Twitter worldwide. Let us now discuss more information about this interesting day. 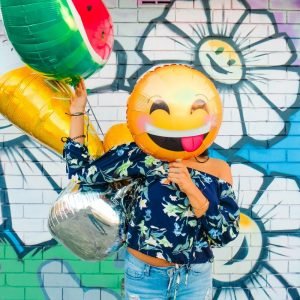 What is World Emoji Day?

This day is celebrated to promote the use of emojis to people. It aims to spread enjoyment, fun, and happiness to people all over the world. We also celebrate the day to thank those people who were able to come up with the idea of creating emojis because, without these, our chats or emails will become emotionless. Various organizations, personalities, and celebrities join in on the fun of celebrating this special day. In fact, in 2016, a movie about it called The Emoji Movie was released.

According to CNBC, World Emoji Day was the brainchild of Jeremy Burge. They also stated that in 2014, it was the London-based founder of Emojipedia who created the celebration. This report was supported by The New York Times by stating that Burge created this day on July 16 based on how the calendar emojis are shown on iPhones.

During the first World Emoji Day celebration, according to The Independent, there were no formal plants that were put in place aside from choosing the date for the event. In 2018, The Washington Post suggested to readers that this day is a day meant for communicating with other people using emojis alone.

Read Also: Day of the Dead

Google even participated in the celebration last July 17. They changed the appearance of a Unicode character in their calendar. It was reflected on Gmail, Hangouts, and Android.

When is World Emoji Day?

World Emoji Day is always celebrated on the 17th of July each year. This means that this year, this day will be held on July 17.

This day is an international celebration. Hence, all countries can take an active part in it. Here are some of the activities that you can participate in during the special day of celebration.

During the day, you can let your friends know that you are joining the Emoji day. You can do so by informing them via your social media account. You can post it as a status on Facebook, as a hashtag on Twitter, or as a picture on Instagram.

Sing the Anthem for this Event

There is actually an anthem for the World Emoji Day which was created and produced by Jonathan Mann. You are encouraged to upload your own video of singing along with the song. Share this with your friends to give them a smile during the day and also to encourage them to create their own and actively participate in the celebration.

You can make the celebration more fun-filled and social by throwing an emoji party. You can decorate the venue for the party with different kinds of emojis, you can also make cupcakes and other foods inspired by emojis. You can even ask your friend to wear costumes of different emojis. Dress up as your favorite emoji character then invite your friends over to have a fun-filled celebration of the day.

Another activity you can do for this event is to light up your Twitter account. You can perhaps tweet your favorite emojis and share them with your followers. Remember that there is only one Emoji Day per year so it is best for you to make the most out of this day.