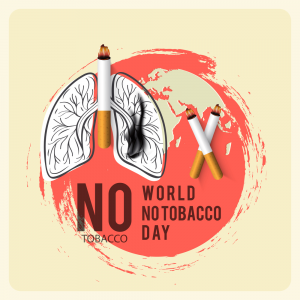 Each year, on 31 May, WHO and its partners mark World No Tobacco Day, highlighting the health and other risks associated with tobacco use and advocating for effective policies to reduce tobacco use.

Smokers significantly increase their risk of myocardial infarction and stroke, says the World Health Organization on the occasion of World No Tobacco Day.

The World No Tobacco Day is an annual day of awareness celebrated every 31st of May of each year. It is sponsored by the World Health Organization or WHO and it has been celebrated ever since 1987. This event aims to shed light to the health risks associated with using tobacco. This day also encourages governments and policymakers to adopt policies that are effective for reducing tobacco smoking and the use of other products similar to tobacco.

What is the World No Tobacco Day?

This day of celebrations intends to encourage all people around the world to abstain from all kinds of tobacco consumption all day round. This day aims to draw attention to the widespread use of tobacco all over the world and also to the numerous negative health effects of smoking. Various activities and events are held during this day including lectures about smoking and no smoking rallies and demonstrations from the people.

History of the World No Tobacco Day

It was in 1987 when the celebration of this important day was formalized by WHO. The World Health Assembly they did during that year passed the so-called Resolution WHA40.38 which they call the world no smoking day. The purpose of this day is to encourage smokers all over the world to stop their tobacco consumption for at least 24 hours and hopefully more.

In 1988, the World Health Assembly passed Resolution WHA42.19 in which they declared the 31st of May each year to be the World No Tobacco Day. Ever since that time, WHO has supported the celebration of this day. There are also different themes each year.

For the past 20 years, the day has always been celebrated with enthusiasm from people all over the world. Governments, public health organizations, growers, smokers, and the tobacco industry are just some of the organizations or groups that always participate in this event.

When is the World No Tobacco Day?

This unofficial holiday is always held on the 31st of May each year. This means that this year, the World No Tobacco Day will be held on Monday, May 31,

World No Tobacco Day will focus on tobacco and heart disease. The campaign will raise awareness of: 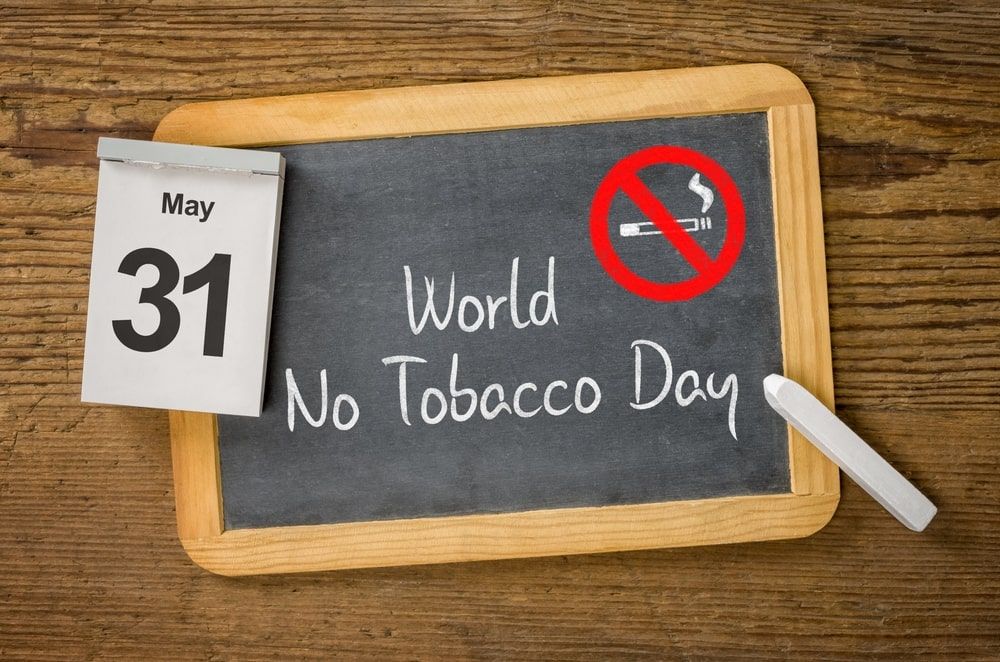 World No Tobacco Day coincides with a series of global initiatives and opportunities to tackle the tobacco epidemic and its impact on public health, particularly by causing the death and suffering of millions of people in the world.

These actions include the Global Hearts and RESOLVE initiatives, which aim to reduce deaths from cardiovascular disease and improve the care of patients and the third high-level meeting of the United Nations General Assembly on the prevention and control of no communicable diseases scheduled for 2021.

Public Health US and the Ministry of Social Affairs and Health launch a campaign from 23 May to 13 June to defeat conventional wisdom on tobacco and promote the devices implemented by Tobacco info service, available on phone call, on the Internet or by downloading the online shopping applications for Smartphone.

The slogan for World No Tobacco Day 2021 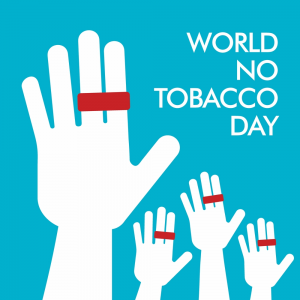 “Tobacco breaks your heart” is the slogan chosen this year for World No Tobacco Day 2021 – telling the world that cigarettes do not just attack the lungs, but they attack other organs as well! Medicine has proven it for a long-time smoker greatly increase their risk of myocardial infarction and stroke.

For example, “80% of infarction victims aged under 45 are smokers,” noted the French Federation of Cardiology.

“Smoking is a major risk factor for the development of coronary heart disease, stroke, and peripheral vascular disease,” says World Health Organization. It is “the second leading cause of cardiovascular disease, after high blood pressure,” she adds. “From a cigarette a day, heart and arteries at risk,” insists the French Federal Federation of Cardiology.

World No Tobacco Day is an Ultimate Reminder of 7 Reasons

World No Tobacco Day is a reminder of the 7 reasons given by the French Federation of Cardiology and taken over by INPES in 2015 to find the motivation to stop smoking: 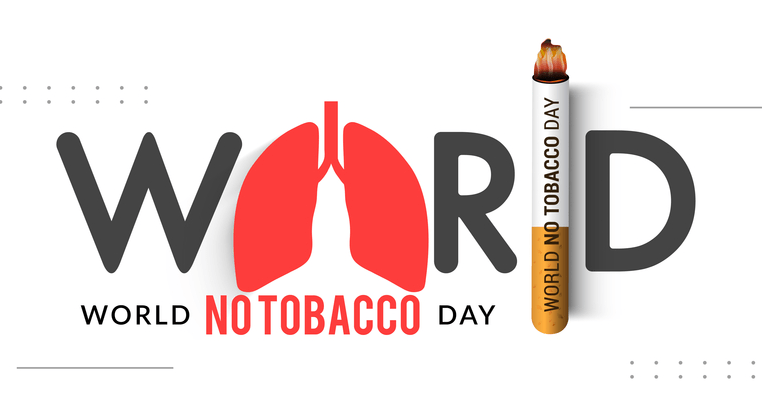 Tobacco is a Threaten to the heart health

World No Tobacco Day will focus on the impact of tobacco on the cardiovascular health of people around the world. Smoking is an important risk factor for the development of coronary heart disease, stroke, and peripheral vascular disease.

Despite the known harmful effects of smoking on cardiovascular health, as well as the existence of solutions to reduce deaths and related illnesses, a large part of the public understands that tobacco is a major cause of cardiovascular disease.

The contribution of Tobacco in Deaths

The global tobacco epidemic kills more than seven million people each year, nearly 900,000 of whom are non-smokers who die because they have been exposed to second-hand smoke. Nearly 80% of the world’s more than 1 billion smokers live in low- and middle-income countries, where the burden of disease and death from tobacco is highest.

The smoke “promotes the occurrence of spasms of the arteries (sudden narrowing), the formation of clots and the appearance of disorders of the heart rhythm”. It “progressively damages the arteries”, and finally the combustion releases carbon monoxide “which deprives the heart of part of the oxygen which is indispensable to it, and contributes to asphyxiate it”. “Whatever the level of exposure and the type of smoked tobacco (cigarette, cigar, pipe, shisha …) the risk of a cardiovascular accident is present. There is no small smoking,” said Daniel Thomas, Cardiologist at the Hospital in Paris, quoted in a Pfizer Pharmaceutical Group statement. 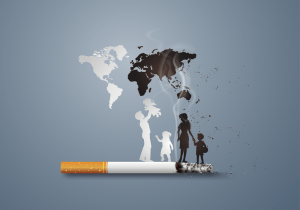 Tobacco kills more than 7 million people a year, including nearly 900,000 who do not even smoke, according to WHO. To protect yourself, doctors only have one tip: quit, or never start. In the US, the High Authority of Health recommends above all nicotine substitution treatments, which must lead to “the smoker no longer suffering from lack and physical dependence”.

Activities of the World No Tobacco Day 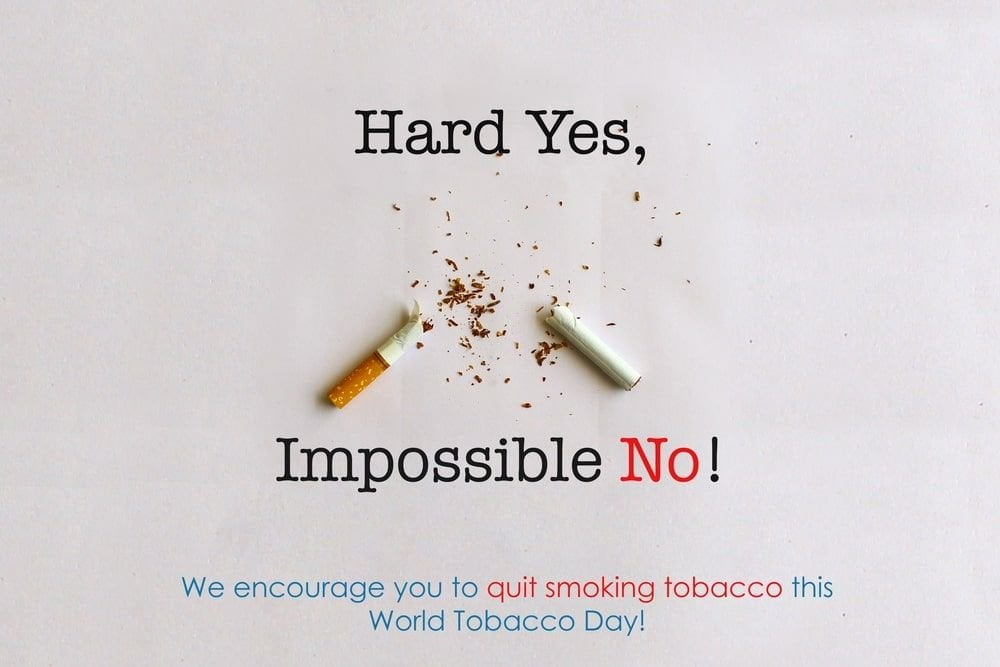 Perhaps the best way to celebrate this day is by refraining from smoking, if you are a smoker. Show your participation in this event by not smoking at all during this day. Not smoking for the day does not always point to cigarette use. We also include electric cigarette use and vape.

From the many kinds of activities held for the event, lectures about smoking can be one of the best ones. There will be lectures about the bad health effects of smoking as well as the status of different countries and different areas regarding smoking. It is a good idea to educate yourself about these things because such information is so useful that many lives depend on it.

Rallies about Tobacco Use

Many activities actually participate in rallies and demonstrations against tobacco use. Many people call for the complete ban of tobacco or cigarette in their places. These rallies are held so that people can voice out their opinions about smoking. They also aim to educate people around them about smoking and its bad effects.

Some Facts about the World No Tobacco Day 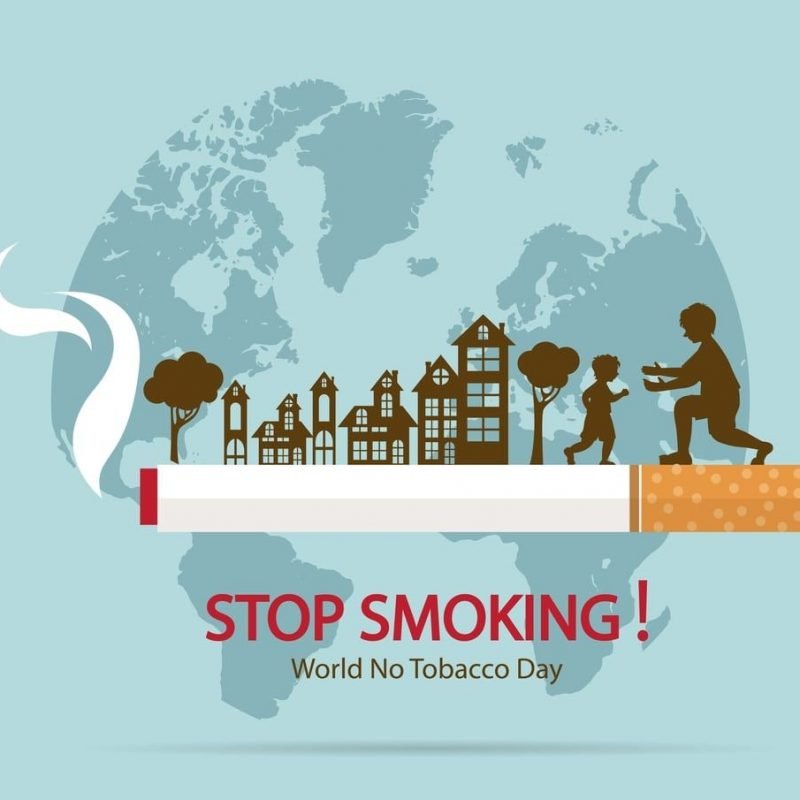 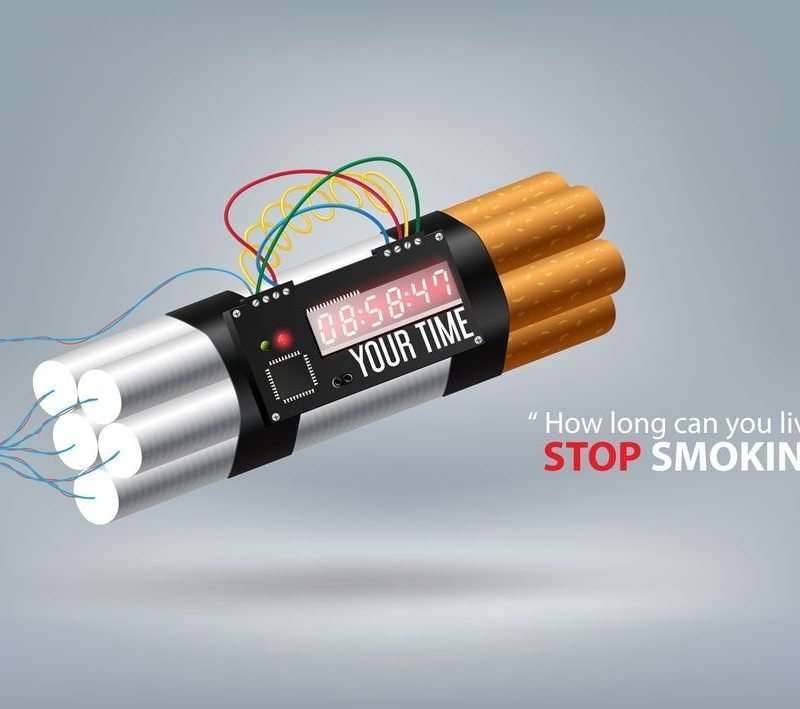 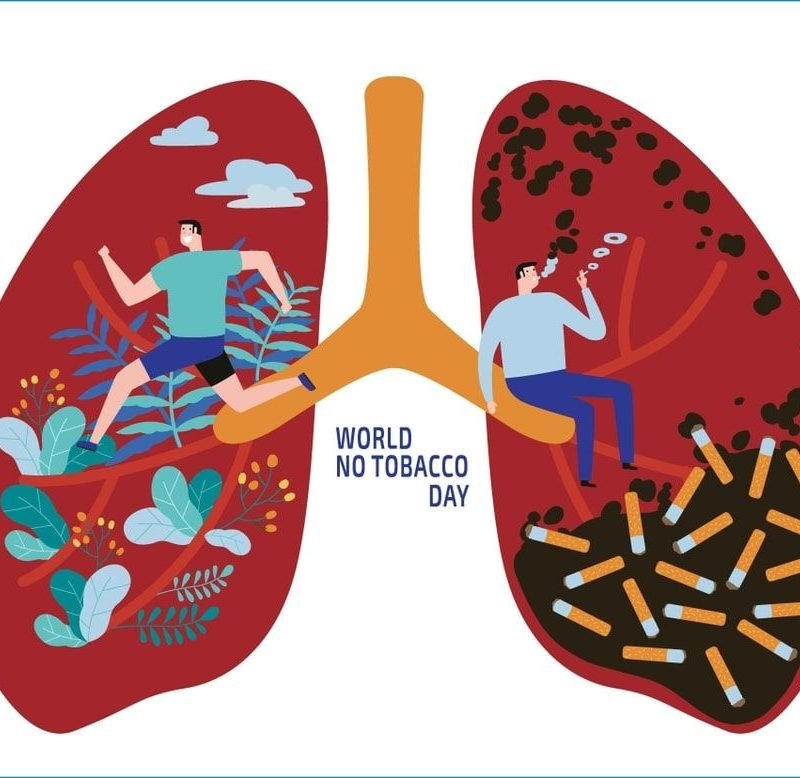 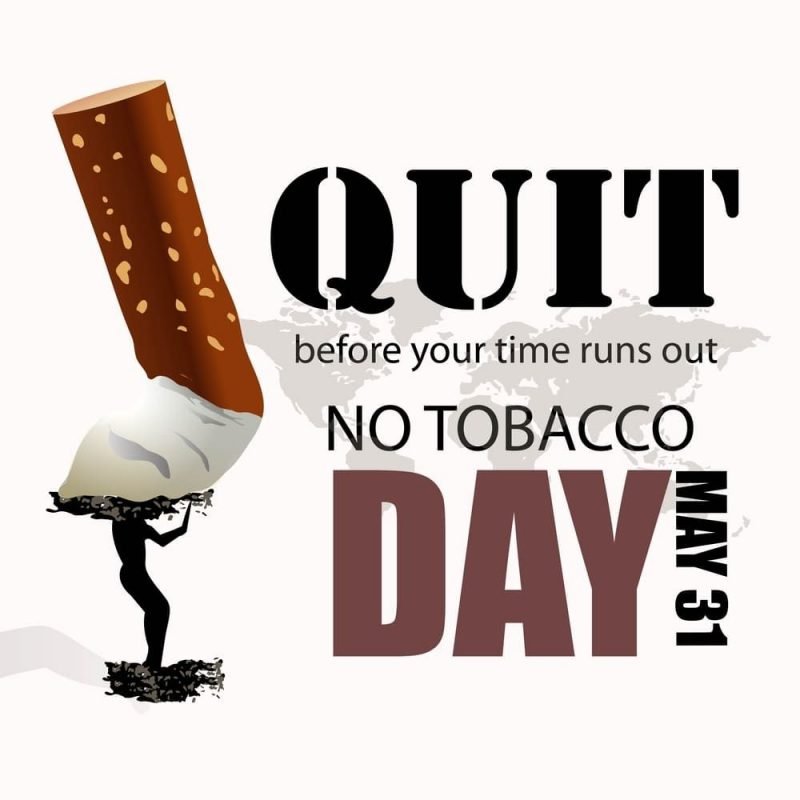 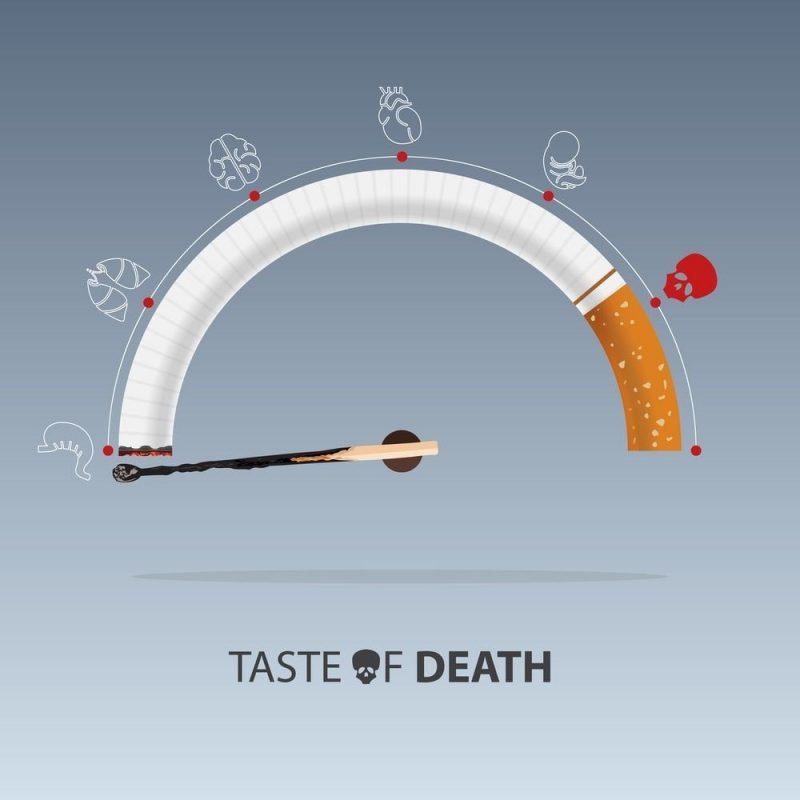 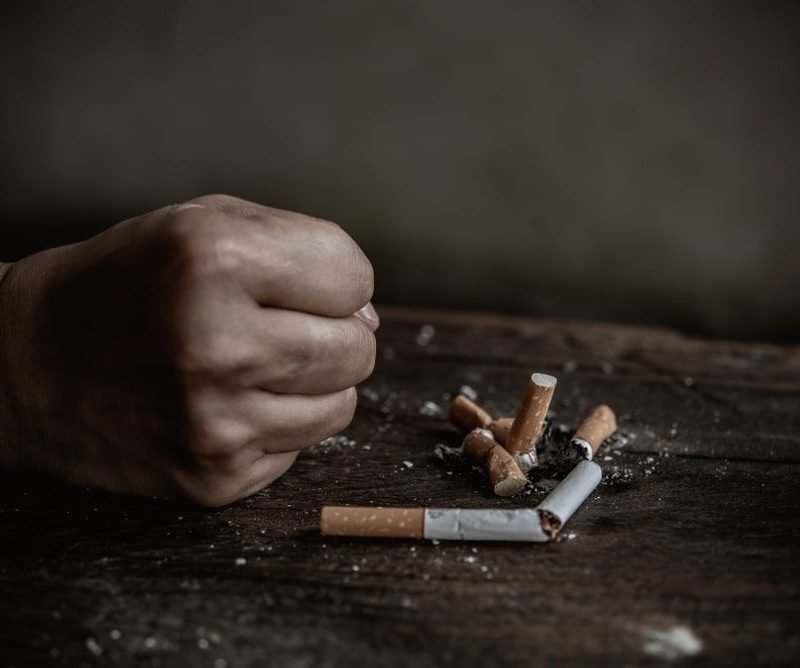