Yorkshire day is celebrated every August 1 of each year. It is a holiday dedicated to celebrate the Yorkshire country in United Kingdom. Even though this celebration began as a military holiday, now it has grown into a day that many people celebrate. Every 1st of August each year, people take a road trip to go into Yorkshire so that they can participate in on the celebration of people there who swarm and cook good foods for the guests. Below, we’ll learn more about this unique but special day of celebration. 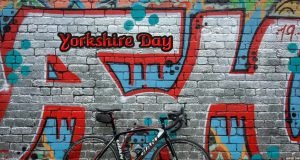 What is Yorkshire Day?

This day is central to the custom and belief of maintaining local culture and traditions from the time of the upheaval. This celebrated only started with just a reading. Now, it has encompassed a lot of things already in the Yorkshire county – from history and military customs to confectionery delights and cooking. A large percentage of the population actually celebrate this day nowadays and it continues to grow even bigger.

This special day is dedicated for people to remember and celebrate the largest country in the United Kingdom which is Yorkshire. It originated as a military holiday. Its origin can be traced back to several things in history including the emancipation of slaves back in 1934. It can also be traced back to some military customs and protests about Yorkshire losing its cultural identity. In particular, the military custom is all about light infantry, originally known as Minden Day. However, this was later joined in by five other regiments for the traditional celebration.

The order of the military was for regiments to wear rose on their headdress. But the original light infantry actually wore white rose instead of red rose. The emancipation anniversary is held to honor William Wilberforce who was the one who successfully campaigned for the emancipation of slaves.

On the other hand, the protests were all about the identity of the Yorkshire country in being against the Local Government reorganization of 1974. Although the country has experienced a long history already with lots and lots of changes and diversity, Yorkshire was able to keep itself from drastically changing. It has managed to keep its old world appearance and beauty even though the day of celebration has become more and more popular worldwide.

When is Yorkshire Day?

The Yorkshire Day is always celebrated on the 1st of August each year. This means that this year, the celebration will be held on August 1.

As you may have known already, this day has become so popular not just nationwide but also worldwide. Because of that, there are so many activities now that people can participate in for them to celebrate the special day. Let us learn more about these activities so that you will be able to gain the right ideas for you to celebrate the day.

Learning More About the County

The day is all about Yorkshire. Hence, a good way to celebrate the day is by knowing more about this county. You can perhaps read the history of this country like how it was formed, who were its first settlers, who were the first leaders, what are the customs, beliefs, and traditions of this place, and more.