We people are always interested in mysterious things which is why we enjoy talking about aliens or even watching movies about them. The Alien franchise is perhaps one of the most successful franchises in all of the supernatural entertainment industry. it already has several films up in its sleeves as well as some books, comics, games, and even figurines. Because of the popularity of such a franchise, a special day has been dedicated to it. Such a day is called Alien Day. 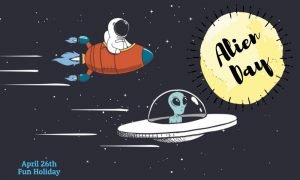 Alien Day is a yearly promotional event that gives commemoration to the Alien franchise. It is held every 26th of April each year. The official organization handling and promoting this event is the 20th Century Fox. Various activities are done during the event. These include releasing novels, video games, comic books, collectibles, and clothing about the Alien franchise. There are also trivia competitions, exclusive announcements, showing of the Alien films, and many more. The first-ever Alien Day was organized by Fox in 2016. It was an event that marked the 30th anniversary of the release of the first Aliens movie. Ever since that time, the event has been held on a yearly basis.

The history of Alien Day can be traced back to 2009 when Dark Horse Comics first celebrated the event in part of their relaunch of the Aliens series of comic books after a 10-year hiatus.

What is the origin of the Alien Day?

The annual Alien Day celebration by the 20th-century fox is actually not the first of its kind. In fact, in 2009, the Dark Horse Comics celebrated Aliens Day for its relaunch of the Aliens comics line after being on hiatus for 10 years. As part of that event, Dark Horse Comics released a special variant called the Aliens/Predator which features an alternative Aliens cover artwork made by Chris Warner. Dark Horse also published a special, double-sided flip poster which features the cover artwork from the first issue of the 2009 limited series called Aliens: More Than Human and Predator, which was created by Raymond Swanland, Brad Anderson, and Zach Howard.

When was Alien Day by Fox first celebrated?

And as mentioned above, back on April 26, 2016, to mark the 30th anniversary of the Aliens Franchise, 20th century Fox started the celebration of the Aliens Day. It was actually very similar to the 2009 Aliens Day event by Dark Horse. Fox teamed up with various licensing partners in order to release various special releases. These include comic books and other high-end collectibles. President of 20th Century Fox Consumer Products Jeffrey Godsick said that the Alien franchise holds a special place in the hearts of people all over the world.

When is the Alien Day? 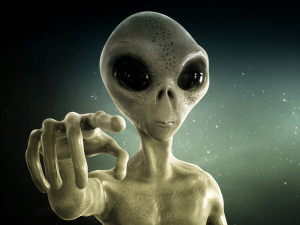 Alien Day is always celebrated on the 26th of April each year.

Facts About the Alien Day

The following are the most interesting facts for Alien Day that are worth sharing with other people:

The Alien franchise is one of the most popular franchises in the world. it has given us all the creeps and thrills. It is now the time for us to experience those once more by celebrating Alien Day. Here, you get to enjoy looking at all the fascinating things (merchandises, films, comic books, etc.) about Aliens and also the opportunity to hang out and socialize with other people who also love the franchise. It will surely be a fun day for you so you better participate in it.

How to Celebrate Alien Day?

The following are the most popular activities for the celebration of Alien Day:

Perhaps the thing to do for this day is to watch the films from the Alien franchise. Some cinemas will be showing the film series in part of the celebration of this day. You can also just stay at home, set up a movie theater in your own house, and then invite your friends and family to celebrate the day with you by having a movie marathon of the Alien film franchise.

Participating in Alien Games and Challenges

The 20th Century Fox set up various activities and events for the celebration of this day which includes games and challenges. You can participate in games wherein you will be asked questions about the Aliens franchise and win awesome prizes if you get the highest score or if you get some questions right. There are even challenges like mini-games which you can also participate in.

During this day, 20th Century Fox also partners up with merchandisers that sell various things like figurines and limited edition posters and comics for the Alien franchise. You can buy anything from this that you like.