Walpurgis Night is a celebration that annually takes place between April 30 and May 1. Its origins date back to the pagan fertility rites and the coming of spring combined with the celebration of the Christian feast day of Saint Walpurga.

The Walpurgis Night is a renowned festival held annually between the end of April and the first day of May. It is a holiday named after St. Walburg and dates back to the pagan rites of fertility. However, in different countries around the world, there are various variants of this holiday.

On which day is Walpurgis Night celebrated across Scandinavia and northern Europe?

What is Walpurgis Night: The Meaning of Walpurgisnacht (Explained)

Walpurgis Night is an annual event held that takes place between the last day of April (April 30th) and the first day of May (May 1st). Its origins date back to the pagan fertility rites and the coming of spring. But with the Christianization of the Northern peoples of Europe, this holiday was combined with the commemoration of Walpurg or Saint Walpurga, which is a celebration held in honor of a nun.

Walpurgis Night is known by many different names, such as: 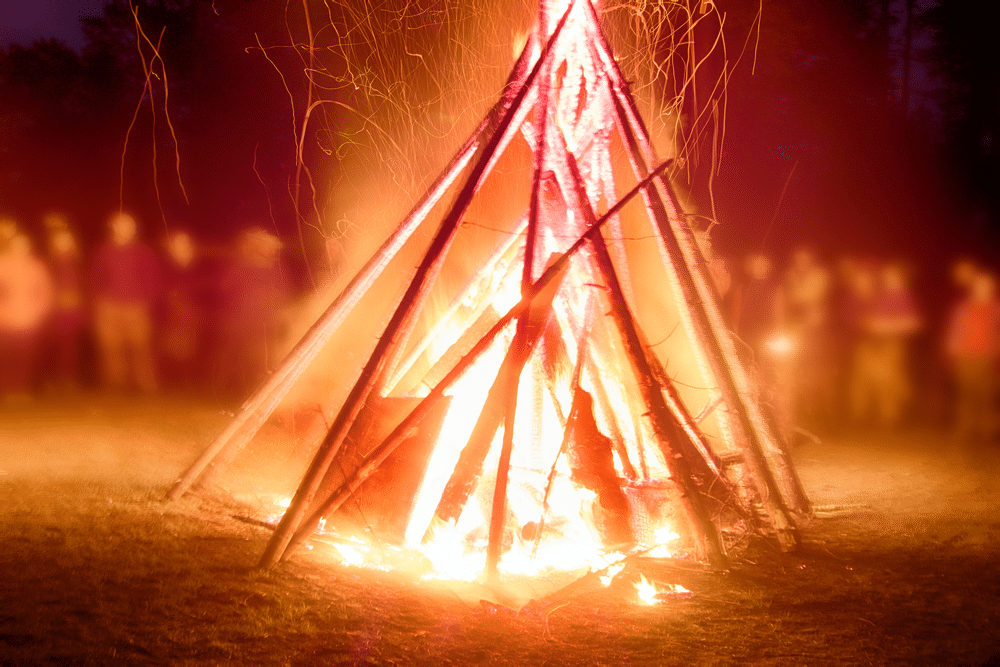 In ancient pagan times, this festivity was often celebrated with dancing and huge bonfires. It was very similar with the Halloween festivity, in a way that it has to do with supernatural spirits of both ancestors and gods but also the land spirits.

What is Walpurgis Night History: Learning The Background of this Day

1). Walpurgis Night, also known as Saint Walpurga’s Eve, was the eve of the Christian feast day of St. Walpurga, a French abbess of the 8th-century, and took place the night of 30 April and the day of 1 May. The feast commemorated St. Walpurg’s canonization and the movement of her relics to Eichstätt on 1 May 870. 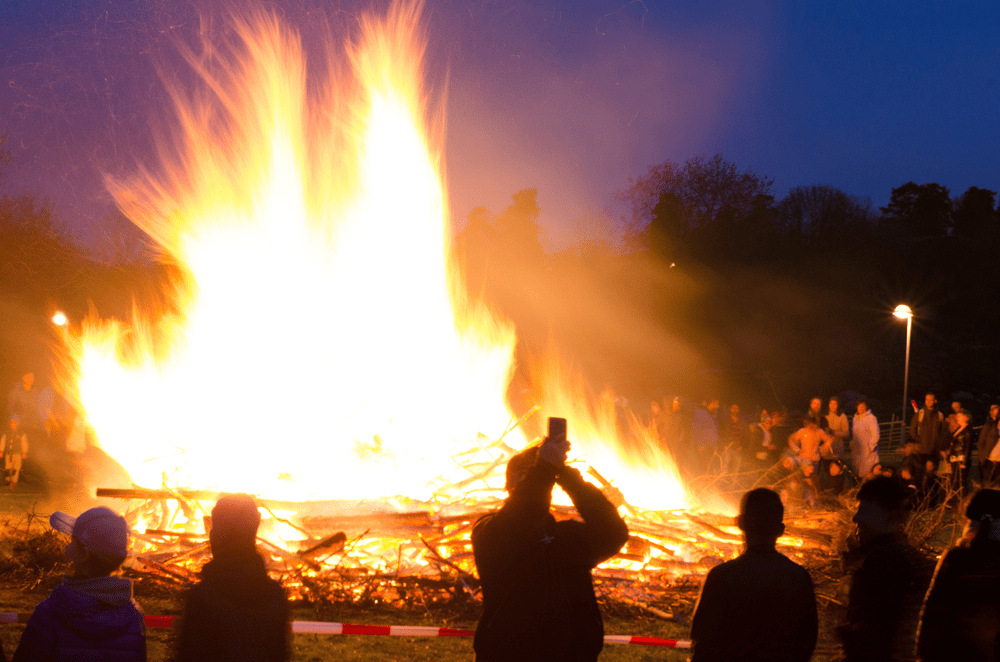 Walpurga was a nun who lived in the 8th century. She was born in England and at some point in her life, she moved to Germany where she founded a Catholic Convent. It is believed that she cured the illnesses of local residents, therefore she was canonized by the miracles she performed.

2). In ancient times, this night represented the time when the boundaries between our world and the world of spirits were a bit shaky much like Halloween. This was a time when it was possible to communicate with the spirits and the spirit world.

3). Walpurgis Night was the festivity to celebrate the coming of spring and also a time to being a new cycle of farming and herding. The ancient farmers celebrated this day because from now on they could start their farming. It was the time of animals waking up from hibernation. So some farmers would also mark this day as their cattle herds would go out into the forest at this time, to begin their summer grazing.

4). Walpurgis Night was considered as the night when the veil is thinnest. When spirits and devils walk amongst humans. Bram Stroke wrote: Walpurgis night was when the devil was abroad when the graves were opened, and the dead came forth and walked. When all evil things of Earth and air and water held revel.

5). Historically, this day or this evening was used by black magicians and those who were courageous enough to go out into the night and to summon forth demons and there in the wilderness they would conduct massive orgies, witches and sorcerers throwing themselves into the Revel and calling forth legions of demons as they did so. All of this culminating in the eventual appearance of the Lord of Darkness himself, who joined in the celebration. It was also known that if you were in good enough favor with the devil for him to appear, they will also grant you wishes.

6). In ancient pagan times, the Night of Walpurgis was often celebrated with dancing and huge bonfires. It was very similar with the Halloween festivity, in a way that it has to do with supernatural spirits of both ancestors. The bonfires in this celebration were a warm welcome to spring and to say farewell to the cold and harsh winters. Also, the bonfires were traditionally lit to keep away malevolent spirits and those who might do us harm. And sometimes also to keep away wild animals so that the livestock would not get harmed.

7). In Germanic folklore, Hexennacht, literally ‘the witch nights’, was believed to be the night off of the meeting between witches on Brocken, the highest summit of the Harz Mountains, a range forest hills in central Germany between the rivers Weser and Elbe. Saint Walpurga was praised by Christians of Germany for fighting against “rabies, pests, and bacterial diseases, as well as against witchcraft. Catholics prayed to God, by the intercession of St Walpurg, to guard against witchcraft because St Walpurg succeeded in transforming the local population into Christianity.

So Walpurgis Night is a combination of all these past cultural, religious, and springtime festival celebrations. For Catholics, this day was important because it honors Saint Walpurga, for farmers this day meant the revival of nature and the start of farming activities, while others considered this day as the day of evil spirits and witches.

Now, we can still see these pagan and Catholic celebrations disguised in the modern celebration of Walpurgis Night. Today, there are multiple variants of this day, with people of each region having their own certain beliefs and traditional practices to observe Walpurgis Night.

How is Walpurgis Night Celebrated: Learning the Customs & Traditions of This Day

Walpurgis Night is celebrated in the same fashion as ever. In some parts of the world, it is celebrated by commemorating the Christian Saint (Walpurga). Some people lit bonfires and get involved in different customs to drive away evil spirits. While for some, this day is very similar to Halloween celebrations, when they dress up in ghost costumes and play pranks.

Scaring away the witches & Warding off Evil spirits

A popular Walpurgis Night tradition is the warding off evil spirits by lighting bonfires and making loud noises. Since this night is said to be the ‘night of witches and spirits‘, huge bonfires with a witch figure are built and burnt in the night, mostly on top of hills. People gather around. Sudden dark and dense fumes are encouraged as “witches and spirits flying away.” A witch’s figure is also hung in a burning fire. This is a widespread festival, celebrated since the pagan era. 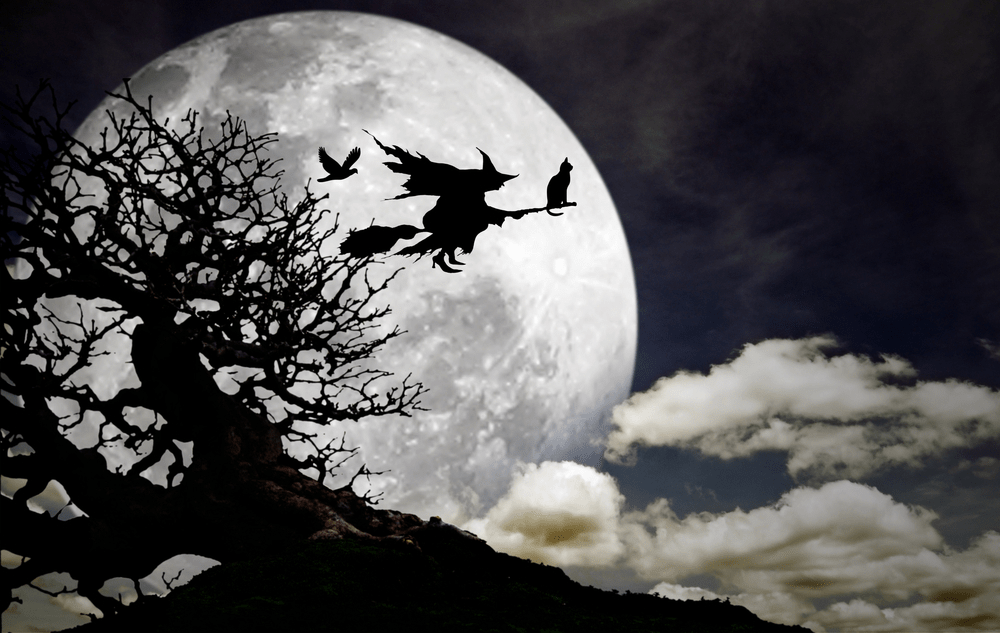 People on this holiday may also hang spring foliage around their house for their luck. They leave bread covered with honey and butter outside their homes, so as to feed the spirits, who are supposed to travel from house to house.

For Catholics, the day is all about remembering the past events of Saint Walpurga, praying to God by intercession of St Walpurg to guard them against witchcraft, and visiting her tomb in Eichstatt on the Feast of Walpurga’s Eve, often obtaining vials of the Oil of St. Walpurga (which is said to have flowed from her relics).

For many people, the Night of Walpurgis is just like the festival of Halloween, with trick-or-treating, dressing up in ghost costumes, playing pranks with friends, and dancing and singing for the celebration of spring.

It’s a time for family get-togethers, lighting the bonfires, engaging in choral singing, enjoying a breakfast of champagne and strawberries, drinking alcoholic beverages, barbecue, and enjoy the weather.

In some parts of the world, the day is celebrated as May Day, when people celebrate the revival of nature and welcome warm weather by engaging in different cultural entertainment activities.

Where is Walpurgis Night Celebrated: Countries that Observe this Festival The Most

Estonia – Walpurgis Night (known as Volbrioo) is observed in Estonia throughout the night of 30 April and into the morning of 1 May, where 1 May is a public holiday in the region called “Spring Day“.

Croatia – Walpurgis Night is observed in Croatia, with the commemorations starting from the night of late April until the evening of the first day of May.

Sweden – Walpurgis Night is a great popular festival in Sweden. Liting bonfires, letting farm animals out to graze, choral singing, and a speech to mark the arrival of the spring season by a local celebrity, are some famous customs associated with Walpurgis Night in Sweden.

Finland – Walpurgis Night is one of the four biggest holidays of the year in Finland. The day is called Vappu in Finland when the locals enjoy the biggest carnival-style festivals in cities and towns. Enjoying picnics and drinking alcoholic beverages are famous traditions of this day.

Czech Republic – Walpurgis Night is one of the most famous festivals on the Czech Republic calendar. The celebrations for this day start on 30 April and continue till May 1. Lighting of huge bonfires and burning the effigies of witches are common customs followed in the Czech Republic. However, the most unique practice followed here is searching for a cherry tree in blossom and kissing young women under the cherry tree. Thus, this day is also celebrated as the day of those in love. 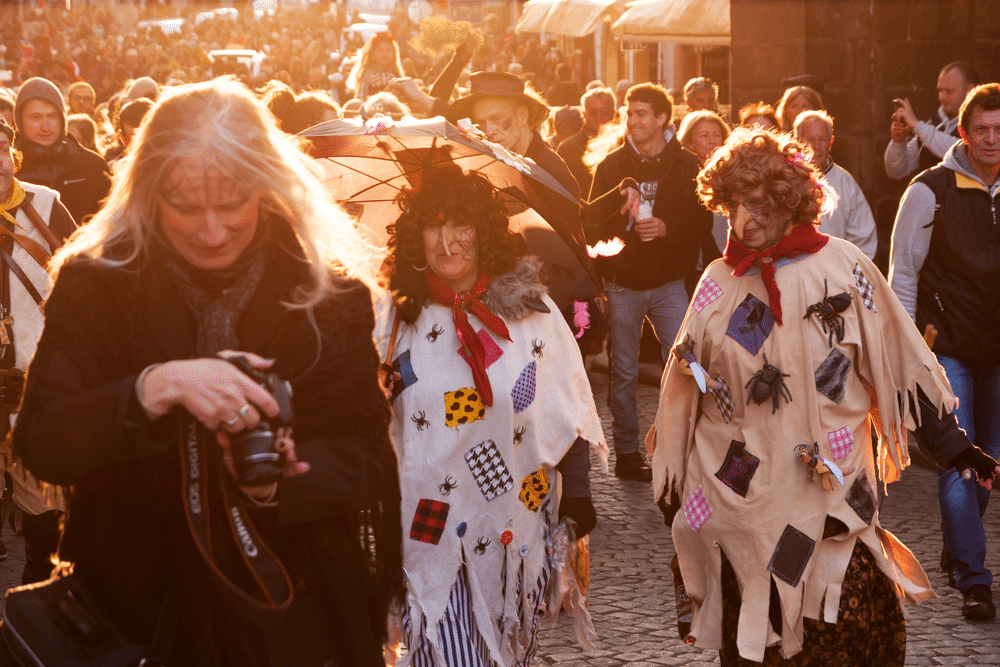 Germany – Walpurgis Night in Germany, is known as Walpurgisnacht. On this day, people make pilgrimages to Saint Walpurga’s Tomb to obtain vials of Walpurga’s oil and seek protection against the witches and evil spirits.