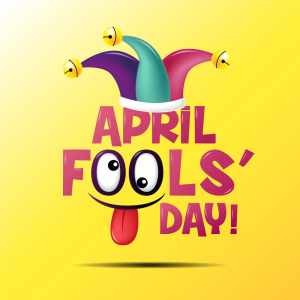 April Fools’ Day or All Fool’s Day or April Fool’s Day is an international holiday celebrated around the world on April 1st. On this day, it is customary to play relatives, friends, and just acquaintances, or make fun of them.

Where does this holiday come from – from France, England, Mexico or Sweden – is a mystery, which, unfortunately, is covered with darkness. One of the influential versions of the origin of the feast of laughter is associated with the fact that initially April 1 was celebrated in many countries as the day of the vernal equinox and Easter time. Festivities on the occasion of the spring new year have always been accompanied by jokes, pranks and funny tricks. The holiday tradition lives now too: nature itself became the cause because the spring vagaries of the weather people tried to appease with jokes and sweepstakes.

Another, also common, version of the Day of Laughter is associated with the transition to the Gregorian calendar, introduced by Pope Gregory in 1582. The fact is that the New Year in the Middle Ages was celebrated not on January 1, but at the end of March, before King Charles IX reformed the calendar in France in 1563–1564. Therefore, New Year’s week began on March 25 and ended April 1.

In those days, it was also decided to have fun on New Year’s holidays. But, despite the changes in the calendar, some conservative-minded (and perhaps just ignorant) people continued to celebrate the New Year’s week in the old style.

In the 18th century, this cheerful holiday became widely known and popular. The British, Scots and French spread it in their American colonies. On April Fool’s Day, it was customary to poke fun at each other, and also to give each other meaningless errands, for example, to find and bring sweet vinegar.

April Fools’ jokes are extremely diverse and cover wide layers of both those who joke and those who joke. The most famous April Fools‘ draws have already been classified into the list of 100 April Fool’s Day Hoaxes of All Time, among which are: the fall of the Leaning Tower of Pisa, photo report about flying penguins, the landing of a UFO in London, the transition to a decimal time measurement system, change the number of pi from 3.14 to 3.0 and others.

Press rally shook the Parisians on April 1, 1986 – a note about the forthcoming dismantling of the Eiffel Tower was published in the newspaper, Le Parisien. The newspaper reported that the decision to transfer the construction to the French Disneyland under construction the government has already taken, and in the old place will build a stadium for the upcoming Olympic Games.

The most deceptive slasher of the 80s.

On April 1, Muffy invites her college friends to her parents’ estate on the island. As soon as they arrive on the island, they begin to disappear one by one. Drawings, traditional in “April Fool’s Day”, perhaps, for some of them were not as harmless as usual. But only the hostess of the “holiday” can help to understand everything…

The Muslim world usually has a negative attitude towards the celebration of April Fool’s Day, because the Qur’an repeatedly emphasizes the inadmissibility of deception. Many Islamic spiritual mentors speak of this day as the “devil’s invention of the infidels,” urging Muslims not to imitate the Gentiles and not to play each other on April 1 or on any other day. 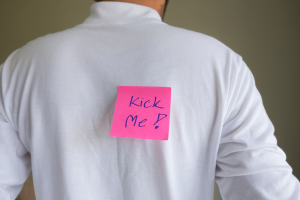 Among Muslims, there is a widespread version of the fact that April 1 is celebrated by the Christian world as “the day of the mockery of Islam“, associated with the anniversary of the conquest of the Granada Emirate by Spanish Catholics. We are talking about the events of 1492 (in Islamic forums one can find allegations that in 2012 there is a “millennium” of the expulsion of Muslims from Spain – this error is caused, apparently, by the fact that in 1012 the Caliphate of Cordoba fell, although Islamic rule in Granada according to classical chronology, another 480 years after that).

Who thought up to celebrate such a holiday as the day of the fool? Why exactly the first day of April was chosen the day of fools? This holiday is not brought in one calendar, any country. However, this does not prevent people from celebrating this day in a big way. Moreover, such a tradition can be traced to the US, the Germans, the French, and even the inhabitants of the East.

Have you ever wondered where the sources of this holiday come from? Why not choose another day for such a kind of event?. Opinions about the origin of this holiday were divided. From this article, you will learn not only about the history of the day of laughter but also about how people from different countries celebrate this day, what traditions they have, as well as get to know the most interesting jokes that have become a real story.

How to celebrate April Fool’s Day in the world

Today, April 1 is celebrated in many countries. But each of them has its own special traditions.

In the UK, joking and playing people is only possible before lunch. The British believe that afternoon jokes bring bad luck to the joker.

In Scotland, they joke not one, but two days. The first, on April 1, is called Cuckoo Day, since the deceived one becomes the rotozei, and the second is the Day of the Tail. All April 2 jokes are related to the lower half of the body. It is considered lucky if a person sat down on a veiled “pillow-perdushku”, which ultimately produces characteristic sounds. Enthusiasts post pictures everywhere with the call “Give me a kick“. Such offers can be found in every Scottish village.

Draws and jokes for the family

On April Fool’s Day, a smile and positive emotions will give the family a rally with colorful large and small balls and balloons. Collect as many balls and balls as possible in the wardrobe, which is used daily by households. 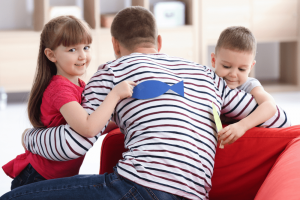 On the first of April in the morning, when one of the family members opens the closet door to take the clothes, balls, and balls will suddenly fall down on it from there. Such a rally on April Fool’s Day will bring joy to the whole family.

Joke with slippers on April Fool’s Day is appropriate with parents. For this, slippers need to be glued to the floor with double-sided tape. Asleep, Dad and Mom will try to put on slippers on their feet and go, but they will be very surprised that they will not be able to move.

On April Fool’s Day, waking up early, you can put the children parental things, and adults – children’s. Also on a holiday, it is allowed to replace slippers with a smaller or larger size, or to put slippers of different sizes.

Make a joke with shoes on April 1 with your parents – in order for shoes to shrink by about one or two sizes, wreck a newspaper or a magazine, put a snag on the toe of a shoe so that the person being played cannot see it immediately.

The hearing was live: They’ll

Give everyone around the apartment,

The salary will grow,

And the rent will go down.

Everyone will buy a car for retirement!

I wish you to smile,

From the heart always laugh!

Happy fool you, from year to year!

And let not the water in the glass!…

In an effort to wash away the mold of the soul,

What sprouted in us over the winter so thick,

We begin this holiday cheerfully,

We end up somehow sad.

Let us shout: “Ivan the Fool!” Let the rage!

We do not get it, the world will not understand so far:

What is tolerant, depraved, homo-abominable,

In the film were: Taylor Cole, Josh Henderson,

Came out the screen in 2008. Two rich offsprings had

A party for their friends. But during the party, the tragedy was called the culprit falls from the balcony.