Botswana officially the Republic of Botswana is a great country located in Southern Africa, that houses a great landscape defined by the Kalahari Desert and the Okavango Delta,

which becomes a lush animal habitat during the seasonal floods. There are a large number of animals like giraffes, cheetahs, hyenas and wild dogs in the fossilized river valleys and undulating grasslands.

The capital of Botswana is Gaborone which is the largest city in Botswana that is the house of 10% of the total population of Botswana.

The current Prime Minister of Botswana is Ian Khama. 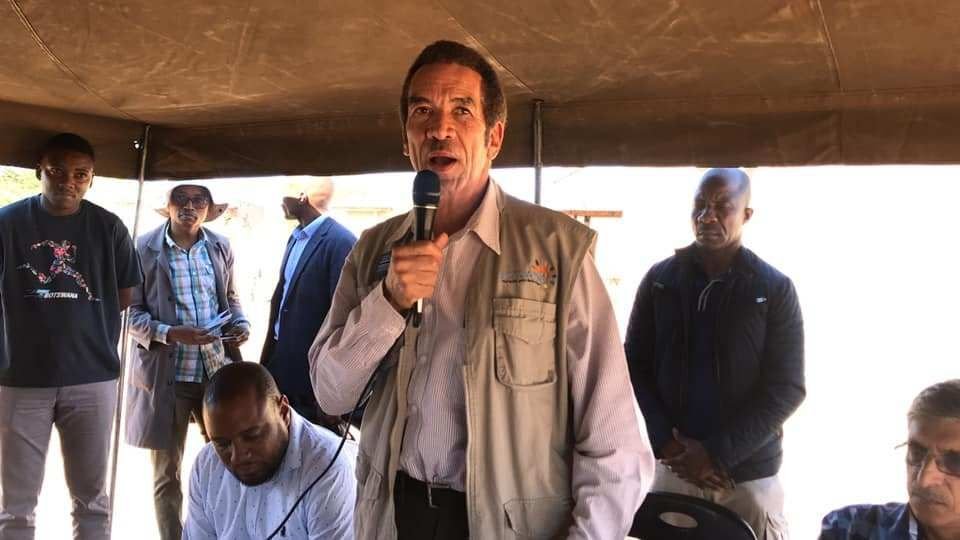 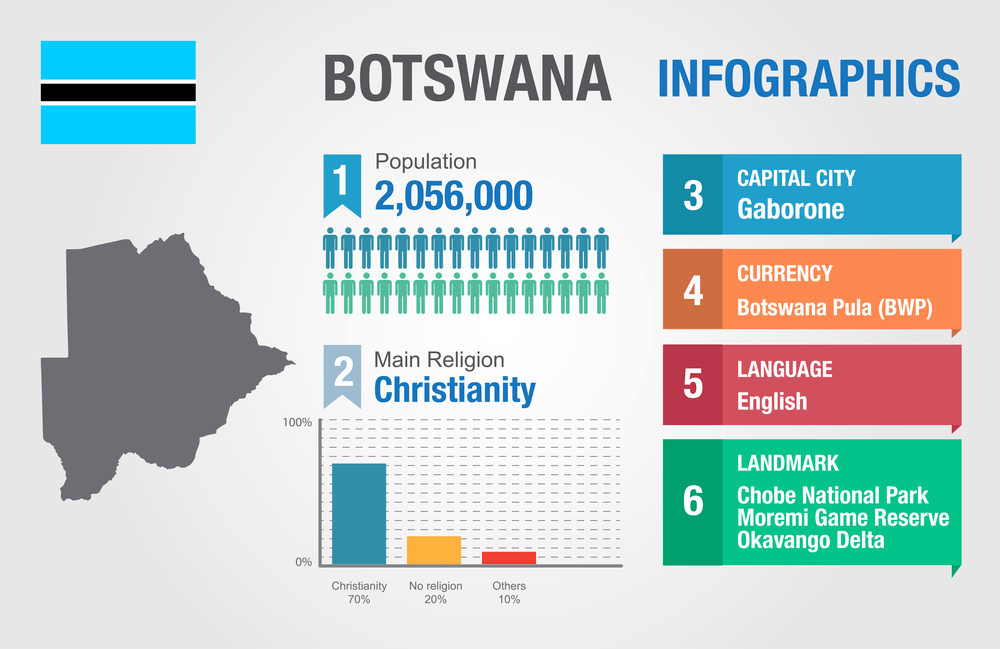 The currency of Botswana is Botswana pula which is made up of 100 Thebe. Botswana Banks also accept US Dollars, Pounds Sterling, Euro and South African Rands in cash.

The national flag of Botswana which was adopted in 1966 as a replacement of Union Jack consists of a light blue field cut horizontally in the center by a black stripe with a thin white frame. This is the national flag since the independence day of the country.

Botswana has 20% of the Christians populations but it’s still called the Christian country. Remaining population belongs to different religions including Badimo, adherents and many other religions.

The dialing code of Botswana is +267 which is used after the IDD followed by specific area code to perform calls in specific areas of the country.

There are about 20 airports in the country and only a few are operational including the most popular one’s Maun Airport, Kasane Airport, Sir Seretse Khama International Airport, Ghazni Airport, Sowa Airport, Jwangeng Airport, Shakawe Airport and Kwai Airport.

Botswana is a landlocked country with some attractive locations to visit including Chobe National Park, Okavango Delta, Maun, Moremi Game Reserve and many other.

The photo was taken during the Kuru Dance Festival in Botswana, Africa, I group of men performing their traditional dance
Two hippo and aerial landscape in Okavango delta, Botswana. Lakes and rivers, view from airplane. Green vegetation in South Africa. Trees with water in rainy season
Elephant Sunset A picture of an elephant sunset taken from a boat on the chobe river ,Botswana
Hippo, with mouth wide open, running and dancing with small birds on the bank of the Chobe River, Botswana, Africa
Top destinations of Botswana
Elephants in Moremi National Park - Botswana
Saling in the Okavango delta at sunset, Botswana
Railroad and rapidly developing central business district, Gaborone, Botswana, Africa
Female African Elephant and its cub crossing the Chobe River in the Chobe National Park with tourist boats on the background; Concept for travel in Botswana and Safari
Gemsbok with oraqnge sand dune evening sunset
Golden sunrise in the african bush. Giraffe walking in wonderful landscape and dramatic colorful sky
a female leopard (panthera pardus) in the wild stalking prey, appearing to be moving with focus
Sunrise with Baobab trees in foreground at LeKubu island, Botswana
Top destinations of Botswana

The most common sports in Botswana are cricket, rugby, tennis, softball, badminton, golf and track, and field. Botswana is widely reported on and documented by the popular local online publication sports by. Ministry of sports in Botswana takes care of all these matters.