Grenada Independence Day is celebrated every year on 7 February. This auspicious occasion commemorates the day in 1974 when Grenada turned into a sovereign nation, gaining complete independence from 200 years of British colonial rule. 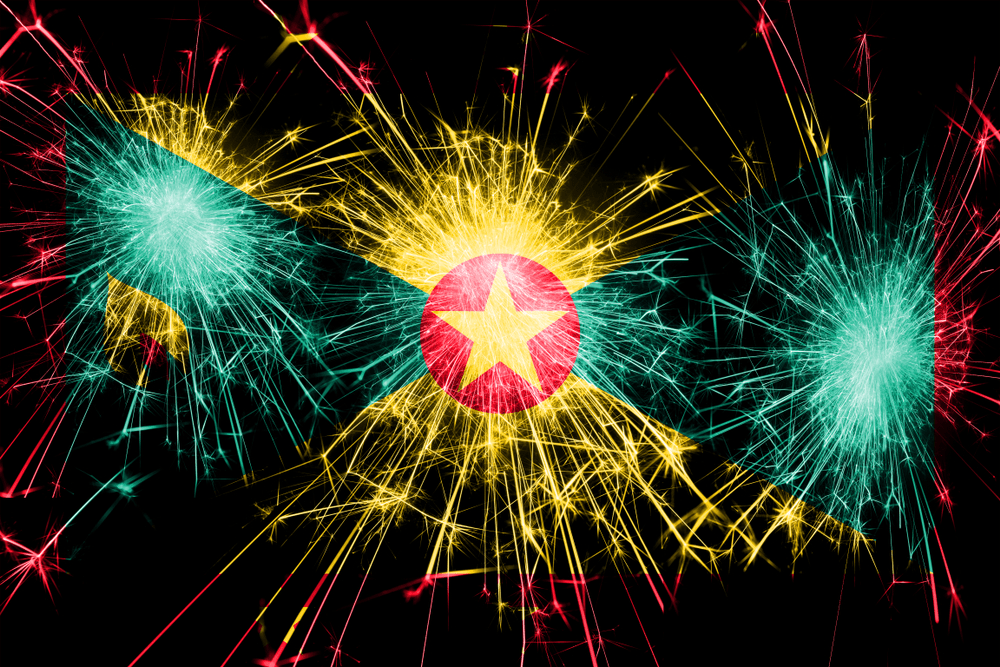 Grenada Independence Day: What is it all about?

*Do you know? Grenada was the first of the Associated States to gain independence, becoming one of the smallest independent nations in the Western Hemisphere!

Before the arrival of Europeans, Grenada was settled by Caribs, who dislodged the earlier population of peaceful Arawaks from the island. Christopher Columbus landed on the island in 1498 and named it ‘Concepcion‘ (later the name was changed to Grenada by the Spaniards).

Between the 15th and 16th century, Europeans tried a lot to colonize the island but failed badly due to the fierce resistance of the Caribs. Britain and France competed for control and it was in 1674 that French launched a series of successful attacks on the Caribs, gaining control of the whole island. By 1753, Grenada was a flourishing French possession, with over 100 sugar mills and 12,000 enslaved Africans working the business.

Britain took control from France in 1763 under the Treaty of Paris. Although the French recaptured control in 1779, the island’s control was restored to Britain in 1783 under the Treaty of Versailles. Grenada remained a British colony for around 200-years until it’s independence in 1974. Under British rule, Grenada’s economy underwent an important transformation. Like much of the rest of

Caribbean nations, it was settled to cultivate cacao, cotton, sugar, and nutmeg, which was grown using slave labor. By the time of the emancipation of slaves in 1833, Grenada had a slave population of around 25,000!

National political awareness developed through the labor movement, with the establishment of the Grenada Manual and Mental Workers Union. A union coordinator, Eric Matthew Gairy, framed the first political party, the pro-independence Grenada United Labor Party (GULP). In 1951, the party won the elections establishing Matthew Gairy as the leader of the assembly.

In 1958, Grenada joined the Federation of the West Indies. After the federation collapsed in 1962, the island advanced into an associated state with full internal self-rule under the Associated Statehood Act of 1967.

In the 1970s, Grenada’s famous political leader, Eric Matthew Gairy, started negotiations for independence from the United Kingdom. He was opposed by many at that time, but finally, his vision of an ‘Independent Grenada’ turned into a reality. Independence was achieved on February 7, 1947, with Sir Eric Gairy as Prime Minister, and Queen Elizabeth II as head of state.

*Do you know? The red, green, and gold flag with stars and nutmeg, was raised on Fort George on February 7, 1947, celebrating Grenada’s independence.

Grenada Independence Celebration: How is independence day celebrated in Grenada?

On 7th February 1974, Grenada became an independent nation, ending 200 years of British colonial rule. Each year on this day, Grenadians recognize this great achievement through formal and informal celebrations to commemorate the independence of the islands, from the independence parade at National stadium to beach picnics to sporting events and feasting.

Cooking National Dish – Cooking national dish “Oil Down” is a staple of Grenada Independence day celebrations. Oil Down is a one-pot meal containing breadfruit, fig, carrots, turmeric, coconut milk, saffron, pumpkin, and saltfish. As the independence day approaches, everyone Grenadian hunts for breadfruit to cook their national dish. On the day of independence, many people cook the dish outside in giant pots on an open fire at the beach, park, roadsides, or on river banks.

Decorations, Wearing Outfits, Waving Flags – On Grenada Independence Day, the whole island is decorated with Grenadian flags and national colors: red, yellow, and green. Driving around the island, you will come across roads, walls, buildings, and towns beautifully decorated with national colors. Many Grenadians wear independence-special outfits and head to the streets waving national flags and showing patriotism for their country.

Children & School Students Parade in the streets – This is one of the most cutest highlights of Grenada’s independence day. Little school students dressed in Grenada themed clothes parade the streets with their school teachers singing Independence songs and showing their patriotic zeal for the country.

Beach & Park Picnics – Another highlight of Grenada Independence Day celebration is hanging out with your loved ones at the beach, parks, near waterfalls, and by rivers. On independence day, Grenadians head to the recreational spots with a good amount of home cooked food and a cooler packed with juices and rum. They spend the entire day, laughing, talking, dancing, and enjoying.

Official Independence Day Parade in the capital – There’s an independence day parade organized by the state which happens at the National Stadium located in Grenada’s capital, St.George’s. The parade is attended by military officers, police officers, and high profile government officials. Local citizens either enjoy the parade on tv or at the stadium.

Have a look at the top patriotic Grenada songs to list on Independence Day:

Who was Grenada colonized by?

When did slavery end in Grenada?

Slavery ended in Grenada between 1883 and 1884 under the Abolition of Slavery Act.

Was Grenada a British colony?

Yes, Grenada remained a British colony for around 200 years.

When did Grenada gain independence?

Grenada Independence Day is celebrated on February 7, the day when Grenada gained independence from Britain in 1974. Independence day is a public holiday in Grenada and celebrated with great enthusiasm and patriotic pride.

Significance: Grenada Independence; the celebration of freedom and independence

Observed by: Grenadians (people of Grenada)