Pakistan is located on the southern Asian part on the globe. It is officially called the Islamic Republic of Pakistan. Among most populated countries it stands on the sixth position with the population more than 197 Million individuals (2017 by World Bank). 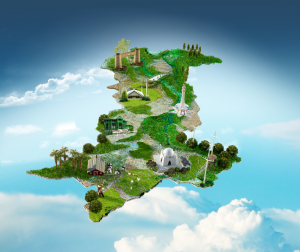 With the 340,509 square miles (881, 913 sq km) area Pakistan comes on 33rd rank in the world. Due to its Geological location, it has the highest importance in the Asian continent. Pakistan has the seventh largest army and the only Muslim country which possess Nuclear Power.

Pakistan shares a border with four neighboring countries such as India, Afghanistan, Iran, and China. In the south, it has 1,046 km long coastline along the Arabian Sea.

List of National and Regional Public Holidays of Pakistan in 2021

Before 1960 the Capital of Pakistan was Karachi but then the Pakistani government shifted it to Islamabad.

Right now Media Industry and Cricket are trending in Pakistan.

The total population of Pakistan according to the World Bank in 2017 is 197 million. Pakistan ranked as the Sixth-populated country in the world.

The official currency of Pakistan is Pakistani Rupee (Rupiyah in Urdu). The official code for currency is PKR and commonly used symbol is Rs.

The national religion of Pakistan is Islam. It is the only country in the present world that is created on the name of Islam. However, the Christian, Sikhs, Hindus and many other people who practice different religion also live here.

Pakistan International Airlines have also known as PIA is the national airline of Pakistan. Other than PIA there are many other airlines are operational in Pakistan such as Air Blue, Serene Air, Askari Air Pakistan, ASSL, and Vision Air International.

In the 21st century, the world is getting bigger—which means there is a huge demand for more and more flight operation. Pakistan busiest airports in the world equipped with modern technology.

It is the third busiest airport in Pakistan. Being located near the capital Islamabad it hosts the most VIP delegates. This airport Schedule both national and International Flights.

This airport was established in 1925 in Karachi and named after the founder of Pakistan Muhammad Ali Jinnah.

The total area of Pakistan is 881, 913 Square Kilometre. It is ranked as the 33rd largest country in the world.

The international sport of Pakistan is Hockey and Pakistan won international titles in 1971. 1978, 1982, and 1994. Other than hockey Pakistan is also the emerging country in other sports such as cricket, football, and Mixed Martial Arts (MMA) etc.

Feast of the Cross