April is indeed a month of a roller coaster ride. It starts with April Fool’s Day and ends with Honesty Day. The former is about lying and deception for fun while the latter is all about promoting the truth in all its form. Honesty Day happens every 30th of April each year. It is celebrated to encourage people to speak the truth and to honor the concept of being honest. 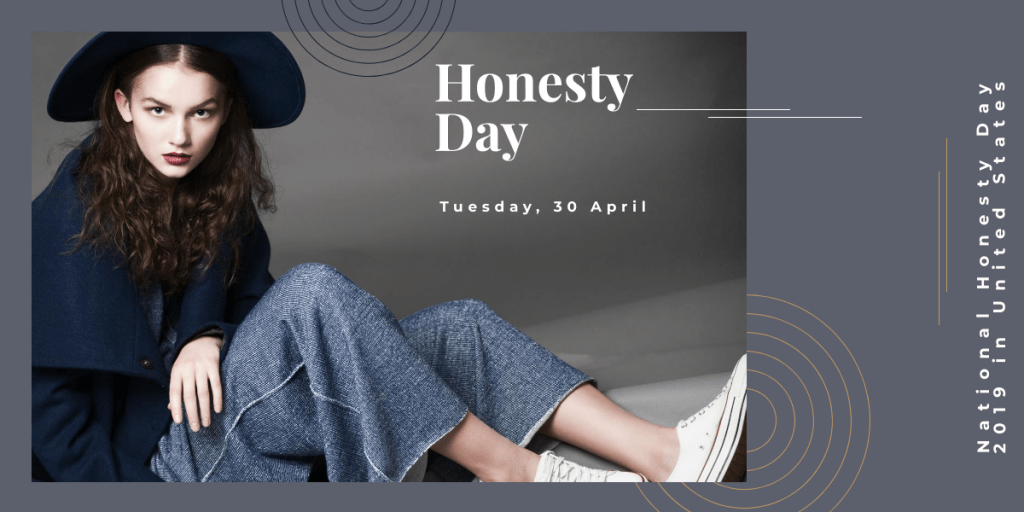 What is Honesty Day?

Honesty Day is a day of celebrating honesty and straightforward communication in various media including relationships, historical education, consumer relations, and even in politics. The goal of this day is to encourage people to walk the life of being honest with other people no matter who they are.

The man responsible for starting this day of celebration is M. Hirsh Goldberg. He was the former press sectary of Maryland. He is also a writer of many different novels. He created the holiday in the early 1990s while he was writing and researching his first draft of the book called The Book of Lies: Fibs, Tales, Schemes, Scams, Fakes, and Frauds That Have Changed The Course of History and Affect Our Daily Lives. During this day, people can expect each other to ask questions and expect radically honest and true answers. This expectation is of course stronger for those people who know the holiday.

Too many times have we been victims of our own lives, be it in simple ways such as lying about what time you will arrive at a meeting to serious cases such as financial fraud in major banks. We have a concept called white lies that we connote for being of help and resulting in good outcomes. But we all know that all forms of lie are not good.

Hence, Honesty Day is a day of campaigning for the prevention of lies such as those political ones. We put the spotlight on the most deceitful lies ever recorded in histories such as the 1972 Richard Nixon Watergate Scandal, the Bernard Madoff Ponzi Scheme, and France’s Dreyfus Affair. Goldberg himself even started the tradition of rewarding people and organizations who have become exemplary examples of being honest.

When is Honesty Day?

Honesty Day is celebrated every April 30 of each year. In fact, this year, the day will be celebrated on April 30.

The simple way to celebrate Honesty Day is by being truthful and honest all day round. If you are an always honest person, then good for you because it would be as if you are celebrating the day all the time. But for those in the political or marketing world, dealing with people like consumers could involve lying and getting tempted to do it. Hence, the day can help these people to become honest persons and may perhaps continue to do so even after the day ends.

Celebration Around the World

Other organizations and clubs enjoy a more clam celebration. They may give pamphlets or conduct talks free of charge that many people can attend so that they can learn more about the concept of honesty and the benefits of it.

Many people who are users of various social media platforms take the celebration in these places. Those who know of the special day take time to inform their friends and loved ones about the celebration and its essence. They encourage the people that they know to be honest and to tell the truth all the time. In Twitter for instance, there are people sharing the hashtag #HonestyDay to signal that they are taking part in the celebration of the day. On Facebook, there are so many posts about honesty like quotes and messages about it to help inspire other people to be honest.