8 March International Women’s Day. When a mass amount of people find someone, something, or any agenda worth giving a massive amount of respect, so they assign a certain day to it, the day is then celebrated worldwide in different forms and several ways. 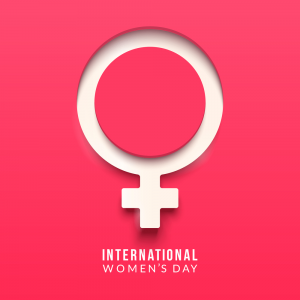 Sometimes there are some days that have rules and regulations to follow most of the time, yet it’s all up to people how they feel like enjoying or spending the whole day. Following this concept and a whole load of history a day assigned and dedicated to the mightiness, strength, and power of women was born on February 28th, 1909 and that day is still celebrated today but on March 8th, it is known as the International women’s day.

The reason behind celebrating women’s day

If you know something or maybe nothing about women’s day, let us tell you all about it. Well, it’s just not any day on which we respect women or do things for the women in our family. No, this day holds much more significance than just showing grand gestures to women. This day marks the struggles that women went through before the age of enlightenment, this day shows how women fought for their rights, and we are going to tell you all about it.

The starting of the struggles of women in this world are never recorded, women struggled to get their basic human, social and ethical rights for as long as anybody can remember. They were though and treated like cattle; men thought that they belong in the kitchen and they are obliged to be nothing more than just a housewife; they faced social discrimination everywhere. Despite the whole load of talent that they held inside those soapy wet hands, they were never treated equally. The concept of the early ages was strict and straight, men went to work in there all suited up clothes and bought food to the table and women had to work all day bringing up children, cooking, cleaning and doing all the necessary house chores. Then how did we end up in this era?

Where now women are starting to work alongside men and prove their excellence. We are not saying that things are fine now, there are some places in far countries that still think of women as a minority, but at least the overall environment is better than before. Well, we will tell you how we ended up here. No, there was no wonder of men of the government-owned by men here. It was the women who stood for themselves after facing a load of injustice and suffering. Even after the industrial revolution, things were not getting at the right path for women, in the 1900 ’s only some initially decided to stand up for themselves the others were too scared. After eight difficult years of struggle, protest, and defeat from the men.

They managed to get jobs but were underpaid with long never-ending hours. Seeing all this injustice a protest was laid, and approx. 15000 women marched in it, maybe things got better but never perfect. The protest continued, and over the years different protests and campaigns, that demanded different things emerged, for example, the bread and roses campaign. Along these years many men started to support the cause too, and here we are now in 2021 after all the hardships and fight that the mighty went through, they got ahold of life.

Check how the Peoples Celebrate Kurdish New Year an upcoming event in this month.

What does this day signify? 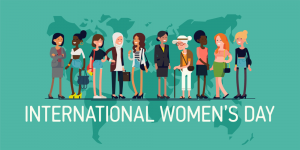 The day also calls for girl power and unity; it signifies that women can do anything she wants and there is nothing in this world that men can do and women cannot practically, Especially when she has her sisters around.  The day is a tribute to every working mom, to every successful business lady, to every lady astronaut, to every lady doctor, to every pilot, to every lady who is working a startup on her own and especially to all the single moms. It is you can do it a day.

How can you celebrate women’s day?

Celebrating women’s day never calls for a party because it is entirely not a happy day, it is a day to pay tribute and respect and that does not mean enjoying the day off in your cozy bed and sleeping. There is much more than you can still do for example: