January 12 is the Kiss a Ginger Day which is an unofficial holiday celebrated in different parts of the world. The aim of this holiday is to show how important gingers are in the lives of people by showing them that they are cared for and of course, by kissing them on the cheeks or lips. This holiday is a little bit fresh since it started only in 2009.

According to statistics, only about 2 percent of the world’s population has natural red hair. If you know someone who is a red head, then this day gives you an ideal opportunity to give them a big kiss.

Kiss a Ginger Day: All You Need to Know 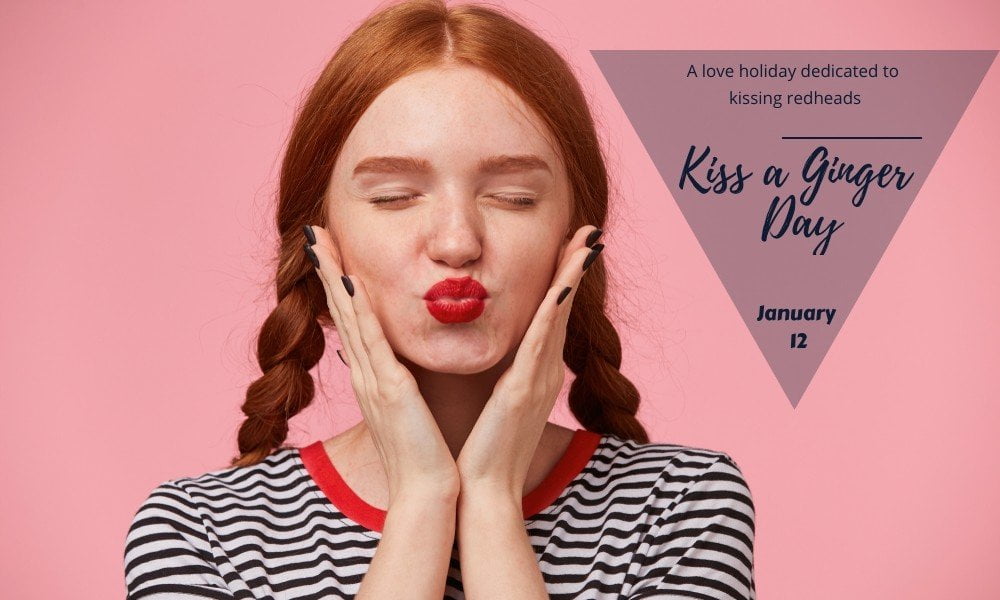 History of Kiss a Ginger Day

The creator or proponent of the Kiss a Ginger Day is Derek Forgie. His aim is to honor and appreciate all people with red hair. This day also promotes anti-bullying campaigns for redheads. They are often bullied or teased in school because of their differences. This holiday became even more popular after it was posted on social media. It is now being celebrated all over the world.

The History of Red Hair

According to some people, red hair originated in either Ireland or Scotland. Others believe that it all started in Central Asia. The scientific explanation behind such feature is that it originated from the mutation of the MC1R gene which is the gene that created eumelanin. When this gene mutates, the result is that the person will have red hair, freckles, and pale skin. According to some historians, these mutations originated in Central Asia but people with such features met a lot of criticisms from being different. Thus, they made their way through Europe were they enjoyed not only their social lives but also the fact that their features adapted so well in the environment. In addition, their pale skin easily produced Vitamin D, which also caused them to have stronger bones than other people.

When is Kiss a Ginger Day? 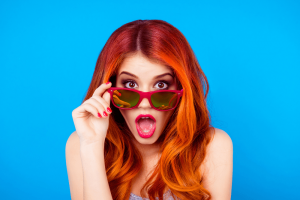 Facts About Kiss a Ginger Day

The following are the most interesting facts about the Kiss a Ginger Day that are worth sharing to other people:

Having red hair is caused by a recessive gene which requires two copies of the gene itself. If both parents have that gene, there is a 25% chance that their child will be a redhead. Most redheads have features like having brown, green, or hazel eyes. The rarest kind of redhead is the one having blue eyes. According to statistics, only about 1% of the world population have these features. So if you know a redhead personally, then the Kiss a Ginger Day instructs you to give them a kiss.

Due to their rarity, redheads faced discrimination during the Middle Ages. Beliefs about them being in league with the devil or even vampires spread across the lands. Fortunately, today people don’t believe anymore in such myths. Although redheads still face some stereotypical issues. 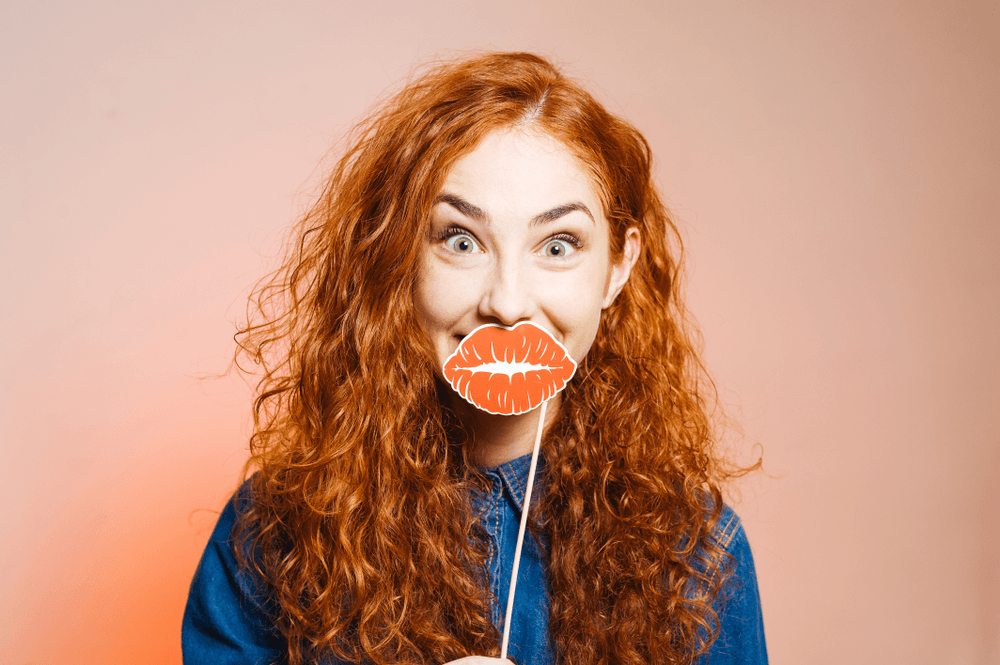 Why Celebrate Kiss a Ginger Day?

The following are the main reasons why you should celebrate the Kiss a Ginger Day:

Redheads Have Fantastic Hair Color All Throughout Their Lives

Redheads have amazing hair color all throughout their lives. From the moment they are born, they have red hair. However, when they become old, their hair color does not become dull or grey. Instead, it becomes somehow silver. This gives elderly redheads a great color for their hair. It makes them look young compared with other people who are not redheads. And this fact should be celebrated for the Kiss a Ginger Day.

Redheads are rare in terms of world population. They are far less common compared to those with black hair, brunette, and blonde. As mentioned earlier, they are rare because having red hair is a result of having recessive genes for these. According to statistics, only about 2% of the world population are redheads. Hence, this holiday is a perfect time to honor the redheads for being rare.

They Are Inspirations in Works of Art

Yes, redheads may get bullied sometimes. However, they are also often the subjects of fascination especially in works of art. For instance, redheads are usually seen in amazing paintings by Sandro Botticelli. Redheads are also striking for model agencies and we usually see them walking the runways and posing in magazine covers. Even those with other hair color turn theirs into fiery red. A lot of people get jealous of such amazing features gingers have.

How to Celebrate Kiss a Ginger Day? 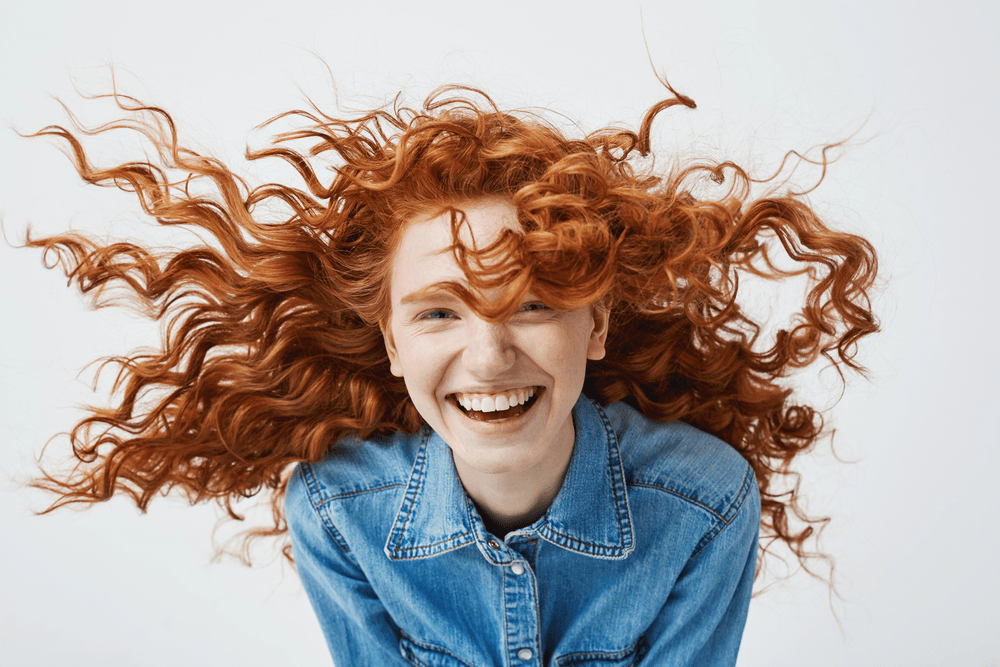 The following are the best activities to do for the Kiss a Ginger Day to make the celebration the best that it can be:

Of course, the best thing to do during this day is to kiss a ginger. No harm in this. You can kiss your redheaded relative on the forehead or cheeks. You can also kiss your redheaded partner on the lips. This does not automatically translate into something romantic. It is only a gesture of showing appreciation and honoring redheaded individuals.

Do Something Good to Your Redheaded Friend or Family

But there are also so much things to do aside from a kiss. Perhaps you can take your redheaded friend or family out for lunch or dinner. You can also enjoy going shopping together and buy something nice for him or her. You can also go to the cinemas and watch some amazing movies. If you are too busy to spend time with them, then you may just send them gifts such as flowers, chocolates, and greeting cards. Whatever you do, just make sure to show your appreciation and love for them.

Admire Masterpieces Made by Redheads

There are a lot of redheaded individuals who are extremely popular worldwide. For instance, we know TV personalities and actresses such as Amy Adams, Lindsay Lohan, and Christina Hendricks. You may want to watch them on the TV or big screen during this day. You may also want to listen to the music of Ed Sheeran and Florence Welch, both of whom are extremely successful redheaded musicians.