The Martyrs Day is celebrated in India every year on the 30th of January and 23rd of March. This celebration aims to pay homage to all the people who have sacrificed their lives for the freedom, welfare, glory, progress, and development of India. India is one of the fifteen countries in the world that celebrates this kind of holiday.

About the Martyrs Day 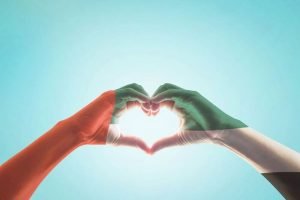 A martyr is defined as a person who underwent persecution and death for upholding or refusing a particular belief. It can also mean a person considered to be a champion due to external force. The Martyr’s Day in India honors all the people considered as martyrs. In Indian language, the holiday is referred to as Shaheed Diwas. People who are particularly honored during this day are those who gave their lives for the benefit of the country. This day also coincides with the death anniversary of Mahatma Gandhi, the father of the nation. Furthermore, the Martyr’s Day is celebrated as a national holiday.

Specifically, the Martyr’s Day in India can be celebrated in different dates of different purposes which are the following:

The national celebration of thehappens on January 30. The date was purposefully chosen to mark the date of the assassination of Mohandas Karamchand. During this day, the president, prime minister, vice president, defense minister, and the three service chiefs gather at the Samadhi at Raj Ghat. They conduct a memorial and wreath laying ceremony. Bugles are blown by the armed forces to sound the Last Post. As a sign of respect, the inter-services contingent reverse arms. At 11 am, a two-minute silence is observed to pay respect to all Indian martyrs.

The celebration of Martyr’s Day on March 23 commemorates the deaths of Bhagat Singh, Sukhdev Thapar and Shivaram Raj Guru on 23 March 1931, in Lahore (Pakistan).

The Martyr’s Day on October 21 is specifically known as Police Martyr’s Day or the Police Commemoration Day. Police departments all over the country observe this event. On this date in 1959, a Central Reserve Police Force patrol at the Indo-Tibetan border in Ladakh was ambushed by Chinese forces as part of the ongoing Sino-Indian border dispute.

Odisha observes 17 November, the death anniversary of Lala Lajpat Rai (1865–1928), the “Lion of Punjab”, a leader in the Indian fight for freedom from the British Raj.

The Martyr’s Day is observed in the state of Jhansi to commemorate the birthday of Lakshmibai (November 19, 1828, queen of the Maratha. This event also honors those who gave their lives in the rebellion of 1857, of which Lakshmibai was a leading figure.

The founder of this event was the government of India. They initially declared the 26th of January as the Martyr’s Day which aimed to honor the contributions of Mahatma Gandhi towards the independence of India. Later on, the government moved the date of celebration to January 30, which is the death anniversary of Gandhi.

The following are the main reasons why you should participate in the celebration of the Martyr’s Day:

To Honor All Brave Indian Heroes

Of course, the major reason why you should participate in the celebration of this day is that this is the best time for you to honor al Indian heroes who have sacrificed their lives for the benefit of the country. They truly deserve all the recognition that they can get from the people.

To Pay Homage to Mahatma Gandhi

Also a good reason to celebrate this day is that this is also a good time for you to pay homage to Mahatma Gandhi. As mentioned above, the date of this event was chosen in commemoration of the death anniversary of the Father of the Nation. This is the best time to take a look at the teachings of Gandhi and learn from them.

The following are the best things to do to make your celebration of the Martyr’s Day as best as it can be:

One good thing you can do for your celebration of this day is to honor Gandhi. There are so many ways of doing so. For one, you can join the gathering at the memorial site of Gandhi and observe a two-minute silence in honor of his memory.

You can also celebrate this day by expressing your sincerest gratitude for the Indian heroes- those who have sacrificed their lives for the country. It is not difficult to allot a short time praying for all the Indians who have given their lives to enjoy what you have, as an Indian citizen, right now, especially your freedom.