A festival is a special occasion that is celebrated among several cultures that exist around the world. Different cultures and religions have a different type of festivals that they celebrate wholeheartedly. Every festival has a specific meaning, background and a purpose of its exposure and happiness. These special occasions are always celebrated in a healthy and happy environment, and they fill the surrounding air with love and smiles. There is no “festival” on someone who died or anything like that. There are almost 100000 types of festivals around the world, but only some of them are celebrated and recognized around the world, such as the festival of Michaelmas. You don’t know about this specific festival? Well, let us tell you all about it.

The background of Michaelmas and why is it celebrated

MichaelMas is also called the feast of Michael, and it is celebrated on the 29th of September each year with full enthusiasm. It falls near the equinox; the day is celebrated to pay tribute to Saint Michael and all the other angles. The day is also associated with the beginning of autumn and the shortening of days in England known as the quarter days.  There are in total four days that are known as quarter days; they are lady day, midsummer, Michael Mas and Christmas. All of them are celebrated with equal energy and love for the saints. These four dates were specifically known for the hiring of servants. It was said that the harvest had to be completed by the time of Michael Mas; it is like marking the end of the harvesting season. All the sorting out things were done by Michael Mas such as starting a new cycle of farming, paying the debts and hiring new servants for the fast exchange of lands. 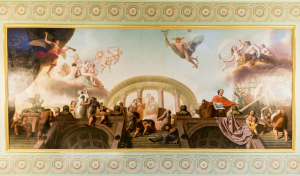 Who was Saint Michael and why is he linked to this day / the main purpose of celebrating.

As said by the fellow Christians,

Saint Michael was known as God’s warrior. He is one of the spiritual and excellent warriors; he was the protector of light from the dark. The savior of good from the evil. He was the archangel who fought against the evilest satan and his evil companions for the sake of humanity. MichaelMas is celebrated as the dark days and colder times began, and that is the season of autumn but why in autumn? Well traditions say that the evil and harmful forces are on its active side when darkness takes over the light, and people cannot protect themselves alone from these evil forces. Therefore, they celebrate Michael Mas to pray to Jesus, to protect them from all those evil and dark forces as Saint Michael did.

The customs of the day

Well as every festival has its customs and rituals, the day of Michael Mas has it too. There are many ways people celebrate this day, but we will dig into the traditional way to know this festival better. You will be pretty amazed to know that the day of Michael Mas is also known as the “goose day” and the reason behind this nickname is pretty astonishing. It is a tradition that a fat goose should dine on the day of MichaelMas, and not just any ordinary goose but a goose fed and taken care of on the lands that were harvested before Michael Mas. Its believed that by this ritual, the family that feeds on the goose would stay wealthy for the next year till the next goose day arrives. The dined goose brings wealth and happiness to the family that consumes it.

Till now, proper goose fairs are held on the 3rd of October. It is a fair that is very popular around England. People from around the world come and attend this fair, and they feast on the goose. Well apart from the religious tradition, there is also a royal tradition that interprets a reason of this goose eating ritual. It is said that when the mighty Queen Elizabeth 1 heard that the Armada was defeated, she was too feasting on the goose. She then resolved that the day should be marked as the goose-eating day, people from then followed the tradition for two main reasons. Well moving on we came across to know that this festival was not just about geese, it’s about dessert too! 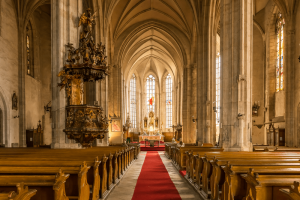 And by that, we mean Scotland’s famous saint Michael bannock, a large scone-like a cake made on Michael Mas. This cake is not just any ordinary cake; it takes a lot of care and mapping for it. First of all, traditionally the cereals and ingredients were grown on the same land the geese were fed, and that represents the fruit on the fields. The cake is then cooked on the lamb’s skin that represents the fruits and the flocks. The cereals are also moistened by sheep milk; a sheep is also a very sacred animal for them.  The Struan (cake) is only created by the eldest daughter of each family.

The saint of horses and horsemen

By following all these ways and rituals, it is said that the family’s prosperity and success are guaranteed for the upcoming year. Well, fun and information do not end here, there are many other reasons why the day is celebrated. Now, Saint Michael was also the saint of horses and horsemen. That is why the old traditions narrate that horseracing, competitions were held in different communities, and prizes were kept for the winners. There is an unusual and interesting twist to this day too; this was the only day when you could borrow the neighbor’s horse for a whole day only if you return it safely.

In old British traditions, 10th October should be the last day on which blackberries should be picked. Unusual knowing that right? Well, let’s see why it is this way. It is said that on this day the lord of mischief, Lucifer was thrown out of heaven and he landed on the blackberry bush. He then stomped on the fruit and cursed it and made it unfit for consumption. 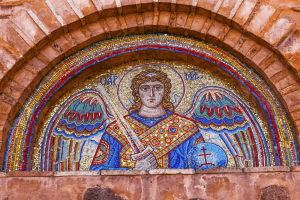 A daisy is given to each other on the day of MichaelMas and not just any ordinary daisy, the daises given are only the daises grown between late August and early October. The daisies symbolize light and hope. They provide color, warmth, and happiness to the gardens and the environment.

Well, it can be said that Michael Mas is a festival of love and care, it symbolizes the fight of dark and light, that how good overcomes evil. The festival of Michael Mas is still celebrated enthusiastically around the whole world.