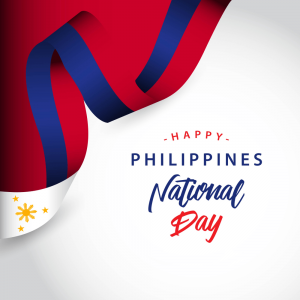 The Philippines Independence Day is observed annually on June 12. It commemorates the independence of the Philippines from Spain. It is one of the most important holidays in the Philippines since it signifies the country’s freedom from the colonial rule of Spain for about three centuries. In this article, we are going to find out more about Philippine Independence Day including its history, some facts and questions about it, how it is celebrated, and the various quotes, thoughts, and messages that people can share during this special day. Let us start with the interesting history of this holiday.

Like what happened to colonies from all over the world, there will always be rebels. These rebels want freedom from colonization because of various reasons like such colonies forcing them to change their practices and traditions. The Spaniards colonizing the Philippines has battled against various Filipino rebels starting from the 17th century. However, most of these battle was lost by early Filipinos. It was in 1896 when the Philippine revolution began. On one hand, Andres Bonifacio, a recognized Philippine hero, led a revolt with the Katipunan society. Their famous act called “The Cry of Pugad Lawin” involved the members tearing down their “cedulas” or tax certificates which implies the defiance of their allegiance to Spain. This is accompanied by their shouts, hence called the cry. Similar revolts broke out in various parts of Luzon. Emilio Aguinaldo became one of the leaders of the rebellion.

However, in 1897, Aguinaldo negotiated an agreement with the Spaniards. He accepted to be exiled in Hong Kong in exchange for monetary compensation and promise of reform in the Philippines. During these times, the Philippine Revolution was coming to an end.

It was in April 1898 when the Spanish-American war broke out. The first battle in the series was headed by Commodore George Dewey of the American fleet who found victory against the Spaniards in the Battle of Manila Bay. Meanwhile, Aguinaldo made arrangements with the U.S. to assist them in the war against Spain. He returned to the Philippines on May 1898 and then liberalized towns in the south of Manila. On June 12, 1898, Aguinaldo proclaimed the independence of the Philippines. Subsequently, Aguinaldo became the first president of the Philippines when he established a democratic institution and government.

However, Spain and the U.S. were negotiating on another side. The famous Treaty of Paris was established and in it, Spain sold the Philippines to the U.S. for $20 million. Aguinaldo responded by launching a revolt against the U.S. 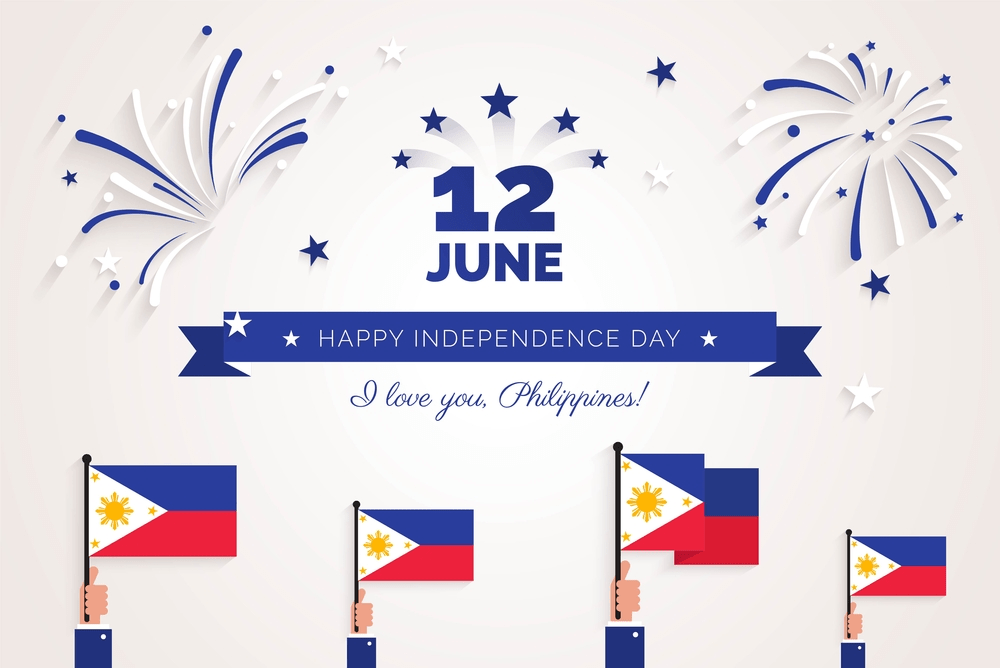 Because of the complicated history of the Philippines with various countries trying to overtake it including Spain, America, and Japan, there are times when people forget the facts about Philippine Independence Day. So let us take a look at these facts and also some Frequently Asked Questions (FAQs).

How many years is Independence Day in the Philippines?

Currently, the Philippines is about to celebrate its 121st year of being independent of any colonies.it was a long battle for independence since the country was colonized by Spaniards for about 300 years.

What is the real Independence Day of the Philippines?

The Philippines was first colonized by the Spanish but got its independence informally in 1898. Administration over the country was then taken by the United States. It gained its independence from the U.S. in 1946 with the Treaty of Manila. Formally speaking, a Republic Act (RA) declared Philippine Independence Day to be June 12.

When did the US give up the Philippines?

It was in 1946 when the Treaty of Manila was signed. Technically speaking, the US did not give up the Philippines but let it have its own full independence which started with the Commonwealth administration as preparation for such full independence.

Is the Philippines still a US territory? 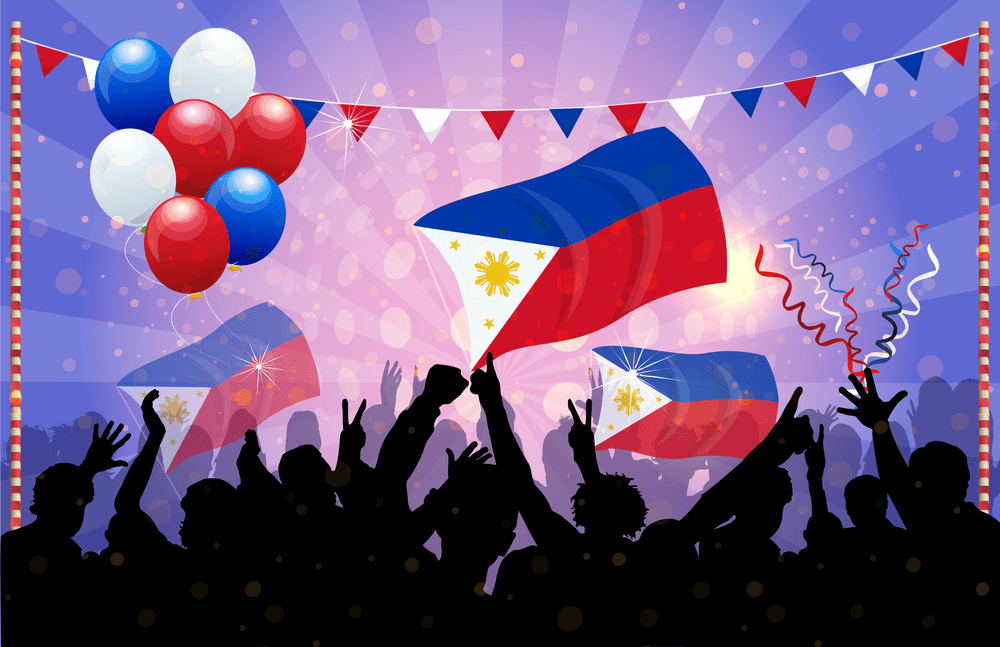 How long did the US occupy the Philippines?

Was Philippines part of USA?

The Philippines has been under U.S. administration after the Treaty of Paris was signed in 1898. The Philippines was declared an independent state of the U.S. but not a state under it. There is an exception of three years, from 1942-1945 during the Japanese occupation in World War II, wherein the Philippines was technically not a part of the USA.

What happened to the Philippines after the Spanish American War?

Does the US own the Philippines?

Who really owns the Philippines?

The country of the Philippines is owned by none other than the Filipinos living in the country. This includes all indigenous people, natural Filipinos by blood, and even Filipinos who are born from a Filipino parent and a foreign parent.

Are Philippines US citizens? 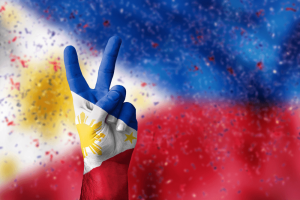 Will the Philippines became a US state?

Was the Philippines a US state?

Technically speaking, and as mentioned above, the Philippines was an independent state of the US. So yes, it did become one but only on the independent terms unlike US states like Hawaii, etc. these states are part of the US and are still parts of it even now.

How big is the Philippines compared to a US state?

Philippines Independence Day 2021 is up and coming. Let us discuss and remind you how this day is celebrated in the country.

Even before this day, people are reminded by the sovereignty of the country by hanging Philippine flags around. Elementary school students are even tasked by teachers to create their own Philippine flags using sticks, papers, and crayons. These are often displayed inside and outside classrooms. Some people hang flags outside their homes. Usually, government offices also display flags inside and outside their offices.

Philippines Independence Day is when the Filipino citizens participate in nationwide parades. The highlight of the celebration is in the city of Manila wherein the President spearheads a parade around the city. This is followed by a speech and the 21-gun salute. Many Filipinos also celebrate the holiday by going to parks and malls to enjoy the day off with their friends and/or families. In case the holiday happens on a Friday or Monday, people enjoy a long weekend. Some even go on trips to have a vacation in other places in the Philippines. Others even travel abroad. Though it may sound like it’s not that patriotic, all these people who celebrate are reminded by the freedom of the country and the freedom of the citizens. 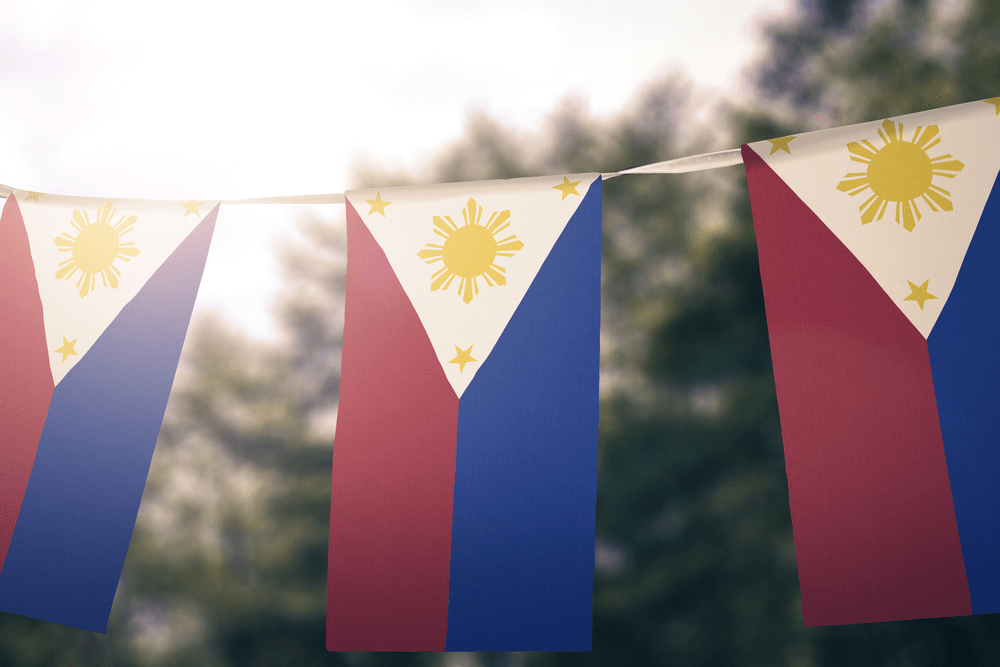 As mentioned earlier, the Philippines Independence Day is a national holiday in the country. All government offices are closed during the day. There are no classes at school. Various establishments and businesses are also closed with the exception of some malls and shopping centers that take advantage of the day off to have more customers and visitors. Public transportation such as buses, jeepneys, and taxis still operate. However, their normal routes may change due to the nationwide parades being held.

When it comes to food, Filipinos try to cook the staple and delicious Filipino foods to augment the celebration. these foods include chicken adobo, sinigang, kare-kare, dinuguan, and more. Sweets and delicacies include puto, biko, leche flan, ube halaya, halo-halo, and many more.

Friends and families also remind each other of the special holiday by sending each other messages, quotes, and thoughts for the independence day. Most Filipino television shows try to showcase various films and documentaries about the history of the Philippines and how it attained its independence.

The celebration of the Philippine Independence Day is not complete without people sharing each other some messages, greetings, quotes, and thoughts to remind each other of the important day and its essence. Clearly, the Philippines experienced a lot of hardships and difficulties when it was colonized. Hence, the serious tone of the celebration. But still, we have some messages and quotes to share. Some are serious while others give a funny tone. Either way, these messages remind us of why we are celebrating such a day. Take a look at these quotes and messages below. You can even share them in your social media accounts.

And there you go, that is all you need to know about the Philippine Independence Day. Such an interesting history the Philippines truly has. It was indeed like the story of David and Goliath. Let the day be a reminder to all the people in the world, not just Filipinos but everyone, that our ancestors have fought hard to obtain the freedom that we still reap the fruits of even up to this day. since the Philippine Independence Day is near, then you better make sure to understand all the important things mentioned and discussed in this article. But don’t be shy if you need to take a second look, or even a third one if you want to understand everything. Happy independence day everyone!