There are more than a billion cultures in this world that celebrate their festivals accordingly, but some festivals that are extraordinary are world famous. Among the world-famous festivals is Rosh Hashanah, the new years eve of Jews, but this is just not an ordinary new year’s eve. This  day is celebrated holding a lot of importance religiously and ethically. 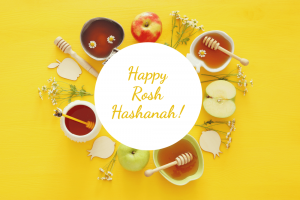 Why is Rosh Hashanah important?

The New Year means the head of the year, and by that, it means that like a head controls the rest of the body. The mind and the brain controls the activities that follow through the body. Same as that the Jews believe that this day, the Rosh Hashanah is the day that controls the happenings of the next whole year. People tend to pray there best prayers to God on this very day; they believe that they are in front of their god like a flock of sheep and they all will die one day. They pray for their prosperity, wealth and happiness.

The names were given to it

Now, the Rosh Hashanah does not have just one name; they have different names according to different timelines. All of the names given to this festival has different backgrounds and reasons for why that specific name is given to it.

The different names and the potential reasons are mentioned below

The rituals that are too be done on this day

Like every festival and occasions has its special rituals to be followed, Rosh Hashanah has some customs to be followed too, those are mentioned below. The priority is hearing the shofar; shofar is a hollow like an instrument blown on the two holiday days of Rosh Hashanah. There are different series of numbers in which the shofar is blown. One of the ways the shofar is blown is 70 times, side by side with the recitation of Torah and then the 30 immediately after the recitation ends. Making it a total of 100 blows, the person who cannot come to the place where it’s blown can hear it from their homes or call someone to blow it, that process is called the 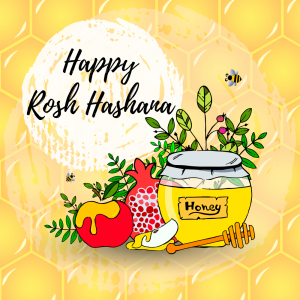 “house call,” and it determines that either way you have to hear the shofar.

What does the blowing of shofar represent: the shofar is a kind of instrument that is played on a kind’s coronation; it is a call to all the people to ask forgiveness to their sins and repent in front of their God? There is historical religious importance to the blowing too; it represents an event called the binding of Isaac.

Greet all the people: greeting people is one of the most important things that has to be done on Rosh Hashanah, but there are certain rules to it. The females should be greeted in a different way than males. The way is related to religious verses.

Candles are also a priority: candles are a source of hope, wisdom, and blessings when it comes to the Jewish community, they are a spiritual mean of praying in front of god. It represents light and goodness that is to come. It’s very important that at the first evening of Rosh Hashanah, women and girls of all ages should light candles and pray there prayers. At the second day of the event, an existing light should be lit. It can be anything, maybe a bonfire and when the light is lit, the person should think of all the future blessings like fruit and extravagant garment.

What is the ritual of tashlich?  Well, the custom of tashlish is derived from their holy books verse, in which God says that they should wash away their sins in water. Therefore, in this respective ritual, people go to any fresh mean of water such as a lake, pond, ocean or a beach. They wash themselves off in that water to purify themselves from all their sins, it said that they say that they feel like a newborn baby when they come out of the running water. Normally a whole society goes to the same place together.

Prayers from the machzor: machzor is a holy book that contains all the teaching from the Torah that is important to be recited on the day of Rosh Hashanah. People pray for hours and in different ways from this specific book.

THE FEASTING OF Rosh Hashanah

Well, the festival is just not about praying and fulfilling religious obligations, just like any other festival of happiness; it comes along with a long of mouth-watering food too. First of all, prayers are recited over food to make is holy and beneficial to eat, the food consumes as follows, 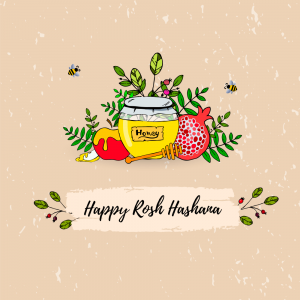