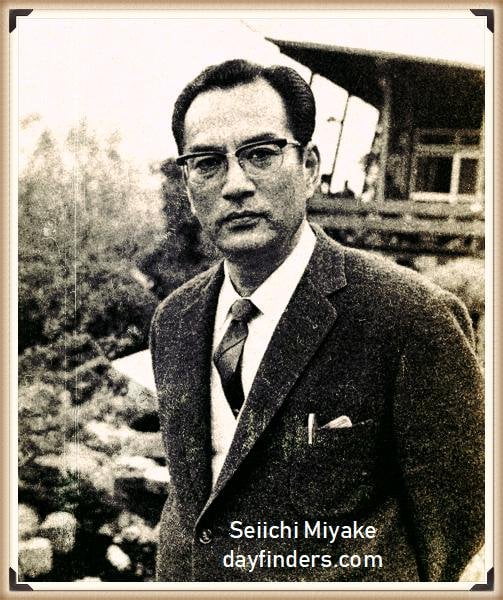 Seiichi Miyake was a Japanese inventor and engineer best known for his work called “tactile paving” or Tenji Bricks. This work aid visually impaired individuals at traffic crossings. In March 1967, they were first used in a school for the blind in Okayama City. Ever since then, Miyake’s work has been used all over the world in order to help any blind people.

In 1965, Seiichi Miyake worked on something that would become one of the most helpful tools for visually impaired individuals. He created truncated domes which is a tactile warning surface built into pedestrians and sidewalks. They have been installed in Japan, Australia, UK, Canada, and USA. Miyake’s reason for inventing this thing is to help people with visual impairments so that they may be able to safely travel across the streets of Tokyo. He was also worried about people who could not see well and may be in danger when boarding a train. That is why in 1970, all railway platforms in Japan started to make use of tactile warning surfaces with two distinct patterns.

The Start of Truncated Domes

In actuality, Miyake initially wanted to help his close friend who was visually impaired. He used his own money to make Tenji blocks, the first ever form of tactile surface. The first pattern he made was only a series of line that indicate to a person where to travel along a path in order to move forward.

The second pattern included truncated domes which indicate when a person should stop due to a change in transition or direction from a sidewalk to a motorway. Or it may also indicate reaching the end of a boarding platform so they may wait for a train before proceeding and not fell off.

The tactile tiles created by Miyake were designed in such a way that a person can feel them through their shoes, cane, or with the help of guide dogs. Miyake’s tactile blocks were first installed in public in 1967. They were located in a street in Okayama City near the Okayama School for the Blind. Ten years later, these tactile tiles became a mandatory requirement to be installed in Japanese National Railways.

After the enactment of the ADA in USA, truncated domes became mandatory in all sidewalks, train stations, and public thoroughfares with motorized traffic areas.

Celebrating Seiichi Miyake and His Work

Seiichi Miyake died in 1982. But all of his inventions were not forgotten. In fact in March 2020, Google made a doodle to celebrate, commemorate, and honor him. The doodle depicted a rendering of the tactile blocks he invented.

In 2010, the Okayama Prefectural Association for the Visually Impaired registered March 18 as the Day of the Tenji Block with the Japan Anniversary Association. A monument for the birthplace of the Tenji Block was unveiled at the Harojima intersection in Naka Ward with a theme song, “Shiawase no kiiroi michi” (Yellow road of happiness).

On March 18, 2020, Google Doodle honoured him by creating a short animation of a person with a probing cane being moved over tactile bricks.