One of the most known animals in the world is the penguin. Many people find penguins very adorable because of their appearance, especially their cute way of walking. There is actually a special day dedicated for penguins called the World Penguin Day. This day is all about knowing more about penguins, their living conditions, significance in the ecosystem, and ways to protect them. If you are interested to learn more about this day, then you should proceed reading more below. 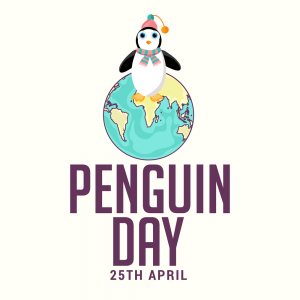 What is World Penguin Day?

The World Penguin Day is held every 25th of April. It recognizes penguins, which is one of the most unique birds on the planet. Penguins are native creatures in the area of Antarctica, north of the world. In addition, the day also happens during the season when penguins migrate northwardly. The main focus of the day is for people to gain more knowledge about penguins, understand how they live, and also to know the simple things they can do to protect the penguin’s habitat.

The day was started to be celebrated at McMurdo Station, which is an American research center located in Ross Island. The researchers there noticed that a particular species of penguins, called Adelie penguins, began to migrate during this day. Hence, a large number of penguins can be seen during this day. They dedicated their time during the day to encourage awareness of the migration process.

When is World Penguin Day?

The day is held during April 25 of each year. This year, the special day for penguins will be celebrated on April 25.

As mentioned before, the day is celebrated primarily to create awareness about the different living aspects of penguins. People in different parts of the world celebrate the special day in several different ways.

The Penguin’s Way of Living

During the day, many people try to spread knowledge and biological information about penguins. All people, both young and old, are taught about the anatomy of penguins, their eating patterns, their habitat, and their life cycle. In the anatomy of penguins, their body parts, internal organs, and external appearance are discussed. For those who are curious, lessons about why penguins cannot fly are also taught.

Since penguins are known as cute creatures, many people want to see penguins in person during the day. They visit zoos that showcase penguins and where they can also take pictures with the cute animals. There are some cases of penguins being tamed and taught certain tricks they can perform to entertain people. Some zoos can show these moves during the day.

As mentioned above, penguins live in Antarctica, which is a place that is already experiencing the adverse effects of climate change. As you may have known already, climate change causes global warming wherein the temperature of the Earth increases abnormally at a high rate. Due to this, the ice in Antarctica continuously melts. Many animals, including penguins and polar bears, are losing their home since large chunks of ice area already melting into water.

Because of climate change, many penguins are forces to migrate continuously to be able to find a home where they can live safely and also for food. In fact, penguins are very vulnerable to these adverse effects. Of the 17 species of penguins in the world, 11 of them are already classified as vulnerable or endangered species.

Hence, one of the advocacies during the World Penguin Day is how we can combat the effects of climate change so that we can protect penguins further.

During the day, many people in social media also celebrate by sharing facts and information about penguins especially the threat of global warming on these creatures. For instance, in Twitter, people use the hashtag #WorldPenguinDay to remind their friends and loved ones about the special day and also to spread awareness about these vulnerable animals.