Zurich Street Parade is the world’s largest techno party held in Zurich, Switzerland. Attended by over a million people, this annual festival is a demonstration of love, freedom, and tolerance. The festival always falls on the second Saturday of August. The 2021 Street Parade Festival will take place on Saturday, 7 August 2021.

What is the Street Parade Festival in Zurich?

Strongly influenced by the Love Parade in Berlin, the Zurich Street Parade represents a scene of Electronic Music since 1992. It is the world’s largest outdoor techno party, celebrated annually on the second Saturday of August around Zurich’s lake basin.

On this day, over a million people head to the Zurich’s lake to attend the Street Parade Festival. The whole city is filled with an incredible party atmosphere, hundreds of thousands dance on the streets of Zurich, hundreds of DJs fill the air with vibrant music, there are parties everywhere, and people cheer in joy and celebrate Street Parade with utmost zeal and fervor. 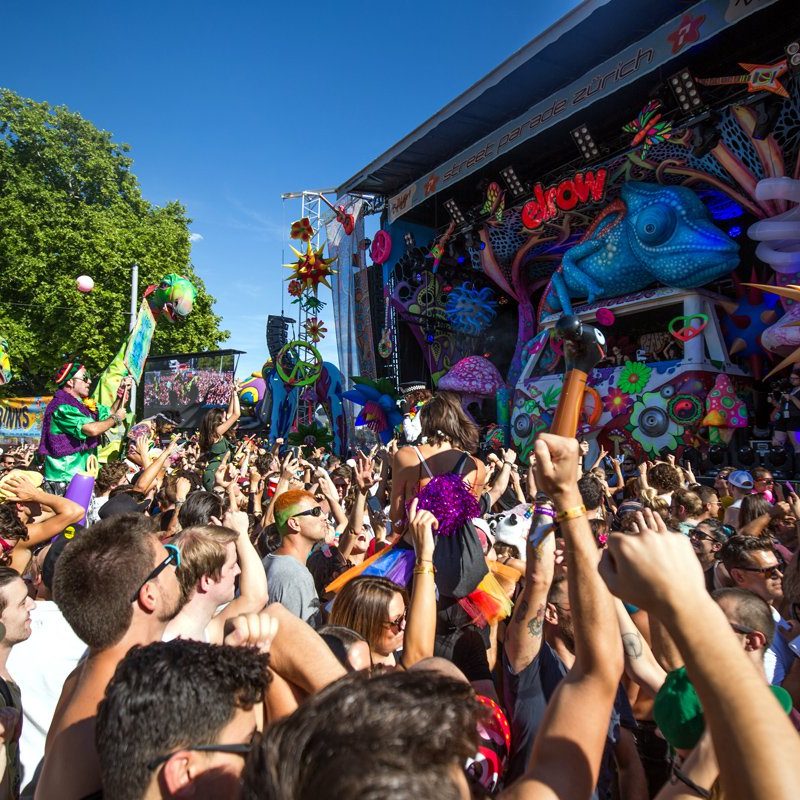 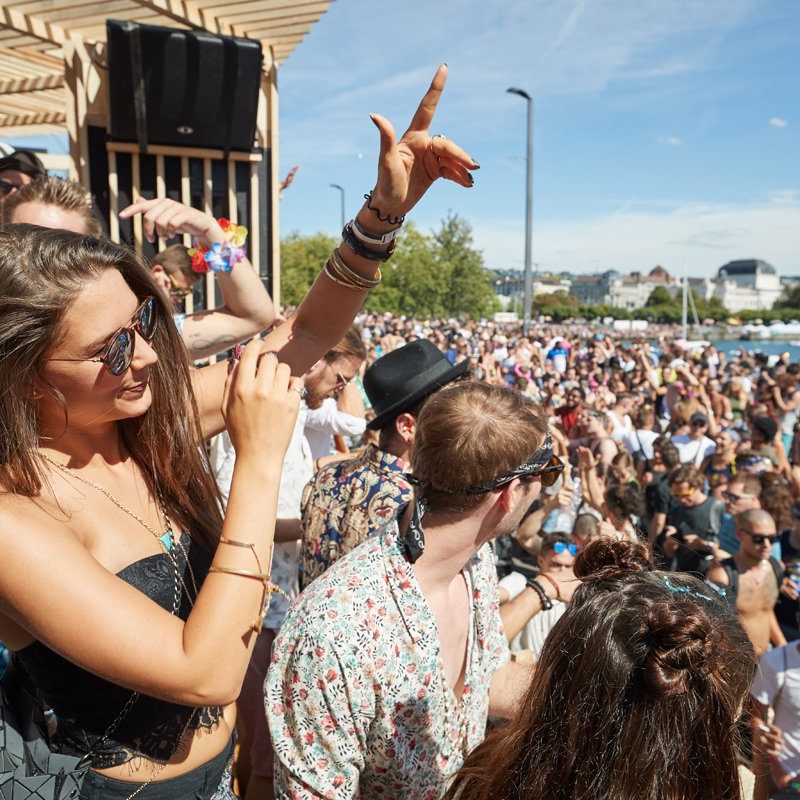 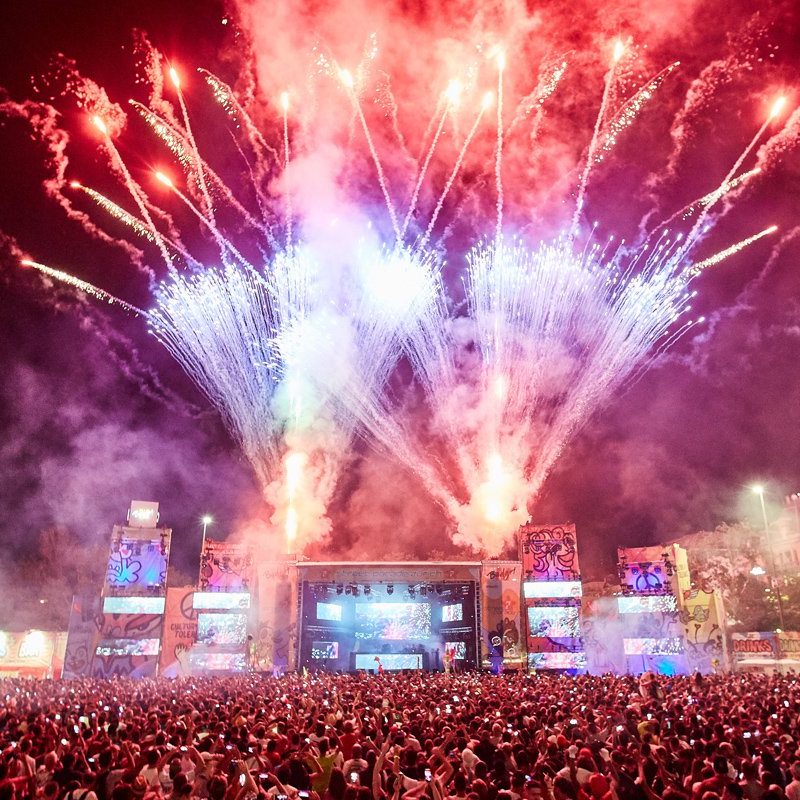 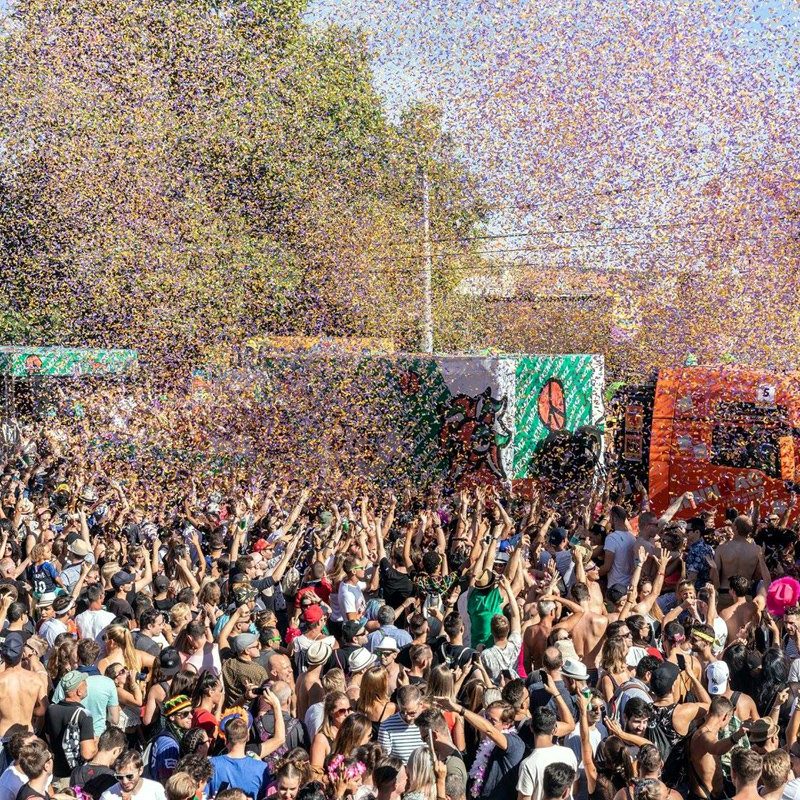 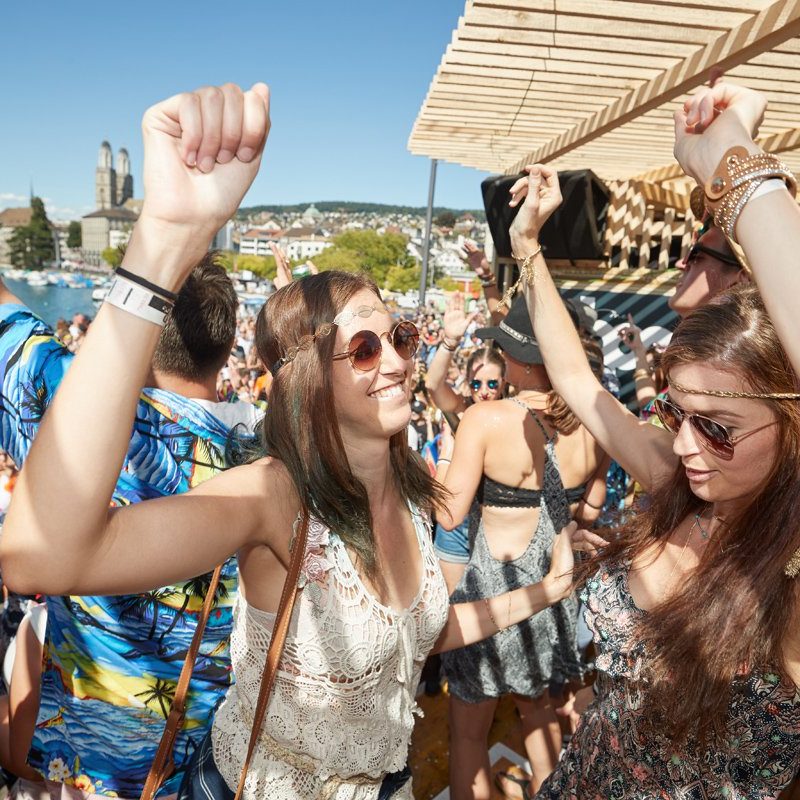 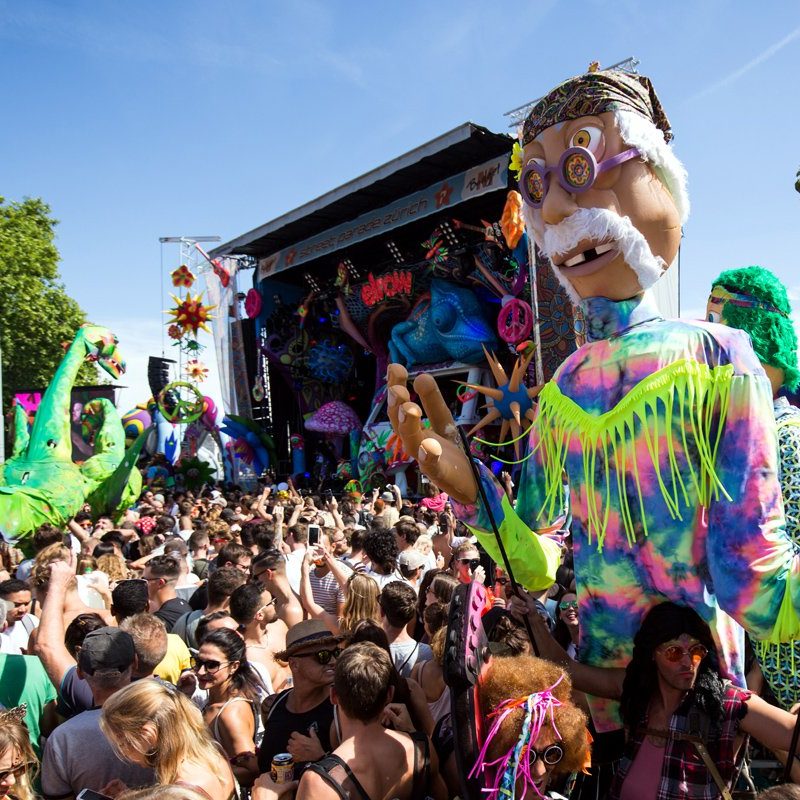 What is the History of Street Parade in Zurich?

The first-ever Street Parade in Zurich was held in 1992. The festival is strongly influenced by the Love Parade in Berlin. In the 1980s, Zurich was a boring city with no parties, festivals, and nightlife events. To change this boring life of Zurich, Marek Krynski, a young mathematics student inspired by the Love Parade in Berlin, decided to form a similar street parade in Zurich as well.

In 1992, Marek Krynski organized the first Street Parade in Zurich that include music and dancing. The parade opened with 1,000 partygoers and six floats. The following year in 1993, the parade was attended by 10,000 people.

However, not everyone enjoyed it: the police attempted to ban the event in 1994 for the reason that it was “too big, too noisy, littering the street of the town, and that it was also of interest only to a small part of the population.” There accompanied an outcry by police and the public. Due to public pressure, the event was saved.

Krynski, the founding member of the Street Parade in Zurich, left the organizing committee in 1996 but the event continued for the next years with more strength and energy. By 2000-2001, there were around one million people taking part in the Street Parade Festival.

So this is how Street Parade in Zurich was formed.

When is Street Parade in Zurich in 2021?

Street Parade is always celebrated on the second Saturday of August. This year, the 29th Street Parade is to be held on Saturday, 7 August 2021 But due to covid-19 it is canceled.

Yes, it is 100% free to attend. You can enjoy music sessions, enjoy dance parties, and have all the fun Free of cost. However, you have to pay for drinks, food, and transportation tickets.

The 29th Street Parade 2021 Event in Zurich: All You Need To Know 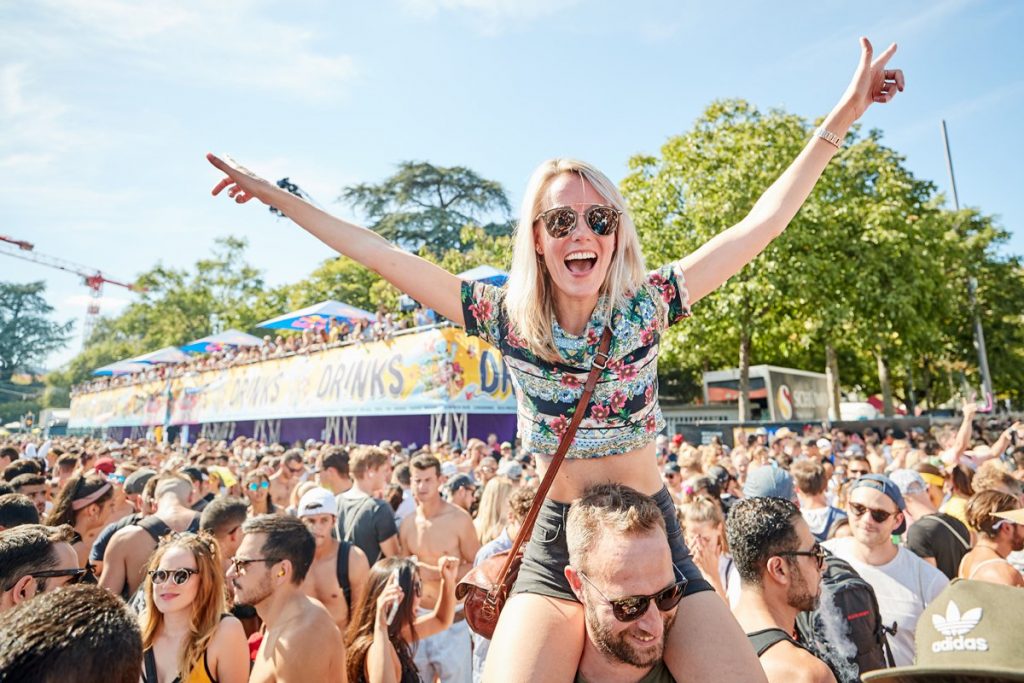 The 29th Street Parade 2021 will start on Saturday, 7th August. The event will start at 1.00 pm evening and end at late midnight.

It is a 2.4 km-long Street Parade route. The event will begin from Utoquai in the Zurich neighborhood of Seefeld, from where it will head toward the lakefront via Bellevue, Quaibrücke, and Bürkliplatz, arriving at Hafendamm Enge at around 10 pm.

The whole route of the Street Parade will be filled with DJs, food chains, songs, dance, and parties – until midnight.

All the locals and foreigners attending the event, are requested to bring Swiss francs only. Due to counterfeit money in previous years, Swiss francs is the only currency that will be accepted at all food chains and beverage stands.

There will be five currency exchange counters of EUR, Dollars, and Pounds at different points on the Street Parade route.

How To Get Here?

Local Rail, Tram, and bus are the best solutions to get to the Street Parade. This year, there will be over 100 trains available to bring you to the Street Parade and drop you home back into the small hours. In the city of Zurich, the party areas can be reached by cable car and bus until 4 a.m.

There are two transport options for reaching the Street Parade event in Zurich.

1). Street Parade City Ticket – This is the best transport option. You get a ticket for Street Parade (valid for two days). With this ticket, you get train journey to Zurich main station and back, travel by public transport in Zurich on the ZVV network (bus, tram, S-Bahn). Night supplement is also included in this ticket. For direct online bookings and purchase, you can head to SBB Ticket Shop.

Can I Go There By Car?

There will be extreme traffic jams in the town, and no parking spaces are available. You are requested Not to reach by car. 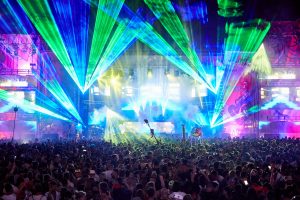 The motto and slogan of Street Parade 2021 event is “Colors Of Unity”.

With this slogan, the organizers want to tell people the fact that a picture only looks beautiful and colorful if a wide range of colors are permitted and its impact can be unfolded together.

The motto “Colors Of Unity” tells that life is better when various colors stick together. The colors reflect the distinct origins, cultures, and backgrounds of visitors. It is the colors of a society, an army of a million people who celebrate love, peace, freedom at the Street Parade.

There are several night clubs and pubs open till midnight at Street Parade Festival in Zurich. These are:

Where to Watch Live Telecast? 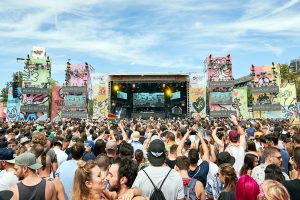 There are two channels on which you can watch the Live Streaming of Street Parade Event in 2021.

The Street Parade will be broadcasted live on ARTE concert – timings: 13:00 – 24:00. Fans can enjoy live streaming of the whole Festival-Area at ARTE TV.

TeleZuri will broadcast the Street Parade 2021 Festival live from 15:00 until 19:00 and present the best pictures from the event as well as interviews with interesting guests. The show is hosted by David Karasek. 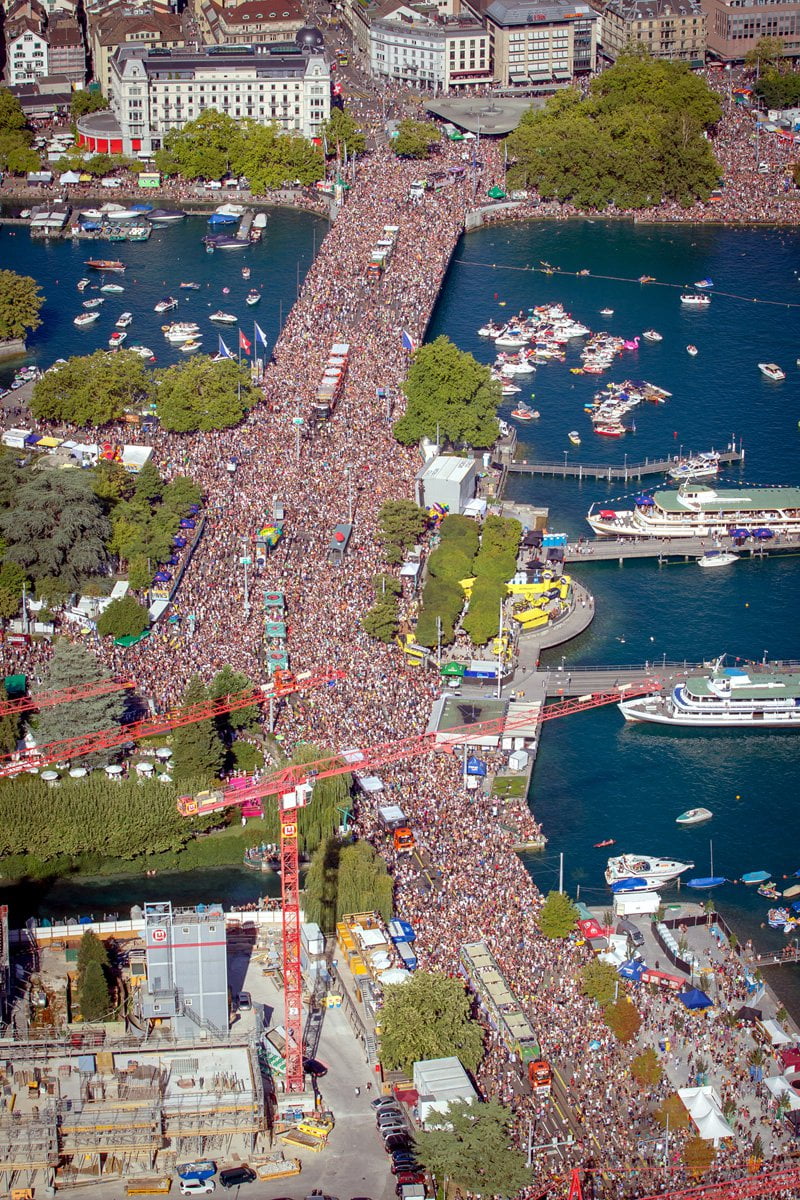