The Afghan New Year holds great importance for Afghanis, and they consider the day of Nowruz as a symbol of new and fresh life. The beautiful flowers and different plants begin to bloom during this time. Every year, there are cultural events and grand Nowruz celebrations throughout Afghanistan.

Afghan New Year (Nowruz in Afghanistan): What is it?

In spite of over years of bitter warfare, the Afghans remain proud of their cultures, traditions, and ancient civilization. This pride is shown most drastically in the festivals encompassing the Nawruz or the Afghan New Year on the spring equinox.

Nawruz is a Persian festival which is celebrated by a vast majority of people in Afghanistan. Nawruz marks the first day of Hamal (Farvardin), the first month of the Afghani solar year.

The Afghan New Year is celebrated in Afghanistan with special ceremonies and cultural events in which thousands of people energetically welcome the beginning of a new year with feasting, dancing, singing, and picnics.

Afghan New Year is all about welcoming New Year, celebrating the arrival of spring, enjoying the rebirth and revival of nature, and forgetting all the past misfortunes and starting a fresh new life.

Also Read: What is Persian New Year or Nowruz?

Afghan New Year (Nowruz in Afghanistan): When it is celebrated?

The Afghan New Year or Nauruz in Afghanistan is celebrated at the exact moment of spring or vernal equinox. The equinox usually occurs between March 19th and March 21st. An equinox happens when the sun crosses the celestial equator; day and night are of about equivalent length at all latitude.

As per the Afghan calendar, called Hejri Shamsi, Nowruz falls on the first day of the first month of Hamal. The day is a national holiday in Afghanistan and marked with grand celebrations throughout the country.

Afghan New Year (Nowruz in Afghanistan): How it is celebrated?

The Afghan New Year is celebrated with great enthusiasm, zeal, and fervor. As this day approaches on March 21st, there’s warmth and excitement in the overall environment of the country.

The celebrations for Nowruz in Afghanistan, starting in early March or at least two weeks before the actual date with a thorough house cleaning, known as khane tekani. Dirty rugs are washed, the walls are painted new, windows and curtains are cleaned, and old furniture is repaired. Cleaning your house well before celebrating Nowruz, is a common new year tradition in Afghanistan and Iran.

This is followed by kharid-e-Nowruz (Nauruz shopping), in which all family members purchase new outfits for themselves. Some women of the household also sew new clothes for their little ones. A few days before Nowruz holiday, many Afghans head to the banks to acquire shiny coins and crisp banknotes to present as eidi (gift) to the children in the family.

In Afghanistan, an important custom on Afghan New Year is preparing Haft-Mewa which means, seven fruits. It is a blend of seven sorts of dried fruits soaked in water for a couple of nights and afterward separated on the New year’s day. The dry fruit includes walnuts, almonds, dates, raisins, pistachio, and prune. After being combined and soaked for a night or two the fruits are served alongside their tasty syrup on the day of Nowruz. Welcoming guests with a tasty treat of Haft-Mewa is a common Afghan New Year tradition.

In addition, the local bakeries prepare a unique sort of biscuit, called kulcha-e-Nowrozi, which is just baked at this time and surprisingly it sells like hotcakes in Afghanistan. Another conventional dish is māhī wa jelabī (fried fish and jalebi) and it is the prominent dish for picnics.

In Afghanistan, it is a typical customer for a fiance’s family to offer presents to or prepare special dishes for fiance’s family on events, for example, the two Eids and in Nauruz.

On Afghan New Year, Numerous Afghan families go north to the region of Balkh, where they partake in the various bright merriments in the wonderful and antiquated city of Mazar-e-Sharif, home to the acclaimed blue mosque of Afghanistan.

Afghanis head to Mazar-i-Sharif to attend Nauruz festivities such as Guli Surkh Festival (red Tulip flowers festival) and Jahenda Bala (religious ceremony performed in the Blue Mosque of Mazar). Mazar-i-Sharif holds the biggest Nauruz gathering where up to 300,000 Afghanis participate in the festivities, along with high-profile government officials and ministers.

On Afghan New Year, Buzkashi tournaments are held in Kabul and northern cities of Afghanistan. Hundreds of people take part in Buzkashi (a sport in which horse-mounted players try to place a goat carcass in a goal).

Afghanistan is still fundamentally an agricultural nation and Afghan New Year is regularly alluded to as the (Jashn-e Dehqan), the Festival of Farmers. Farmers walk through the city squares and streets as an indication of encouragement for farming productions. They celebrate the end of the winter season because the end of winter means more agricultural activities for farmers.

There are numerous celebrations commending spring and the forthcoming harvest. Families go on picnics to appreciate the greenery and flowers. They also go to places of worship to pray to God for the well being of their families and a happy new year. Obviously, kite flying, a national side interest in Afghanistan, is at the focal point of every one of these excursions.

Also Read: How Nowruz is celebrated?

As we usher in the Afghan New Year, our social media and mobile inbox will be overwhelmed with Afghan New Year wishes from family, companions, and partners.

Here are some beautiful Afghan New Year wishes, greetings, and messages that you can share with your loved ones this Nowruz 2019 in Afghanistan. Let’s share the joy with others this holiday season and celebrate Afghan New Year in style! 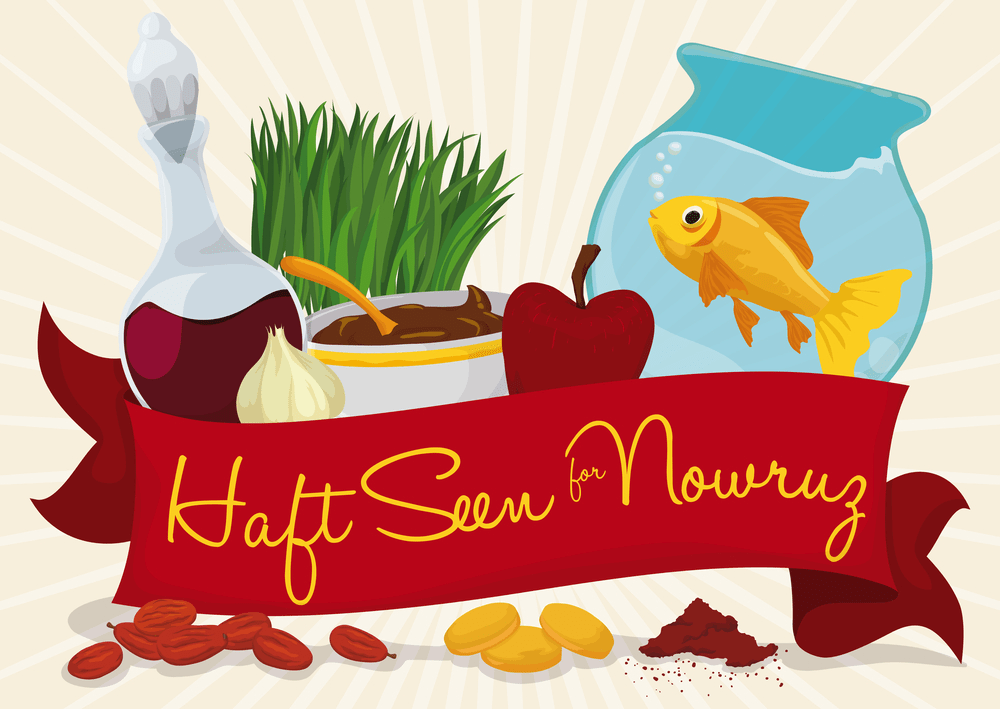 The Afghan New Year, otherwise called Nowruz in Afghanistan, denotes the entry of spring and the first day of the year on Afghan’s official calendar. The day falls on the spring or vernal equinox (typically between March 19th to March 21st). The Afghan New Year points a wide scope of festivities and cultural events in Afghanistan.

Significance: Afghan New Year; the celebration of the new year and the start of spring