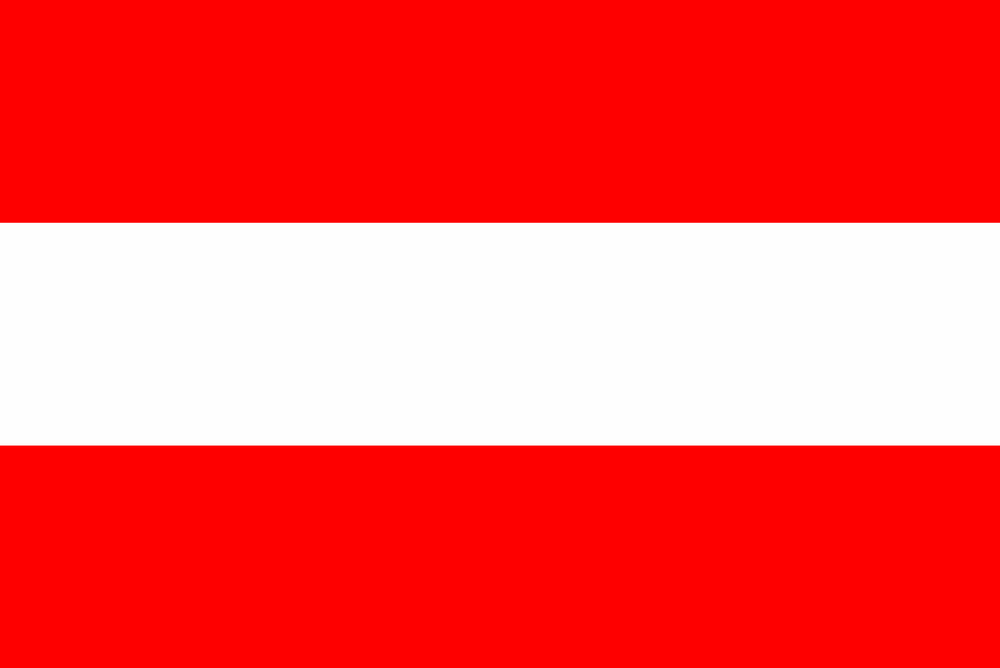 Austria is a present national capital and largest city of a population of over 1.8 million.

The current President of Austria is Alexander Van der Bellen. He was elected in 2017, on January-26. President in Austria serves as head of state.

The chairman of Austrian People’s Part Sebastian Kurz is the acting chancellor of Austria. He was elected in 2017, on December-18.

The total population of Austria is consisting of 8,761,623 peoples. Its population is equivalent to 0.11% of the total world’s population and is ranked at 97th number among the populated countries of the world.

The current flag was adopted in 1945 it comprises three horizontal bars of red and white color. This tri-band flag is based on Babenberg dynasty and coat of arms.

Almost 56.9% of the total population are Catholic and the remaining population belongs to 8.8% Eastern Orthodoxy, 3.3% Protestantism, 8% Islam, and 0.3% Buddhism.

The international dialing code of Austria is +43.

The total area of Austria is 83, 879 sq. Kilometres with a population of over 8 million.

The national sports of Austria are Alpine Skiing, Ice Hockey, and association football.