Cyprus is officially called the Republic of Cyprus. This island is located in the Eastern Mediterranean region. With population and area, it stands on the third position among largest and populated countries of Mediterranean.  It shares its border with Turkey in the south, Israel in the Northwest, Lebanon, and Syria in the West, Greece in the Southeast, and Egypt in the North. Due to some political reasons, it is considered as the part of Europe but geographically it is a part of the Middle East. 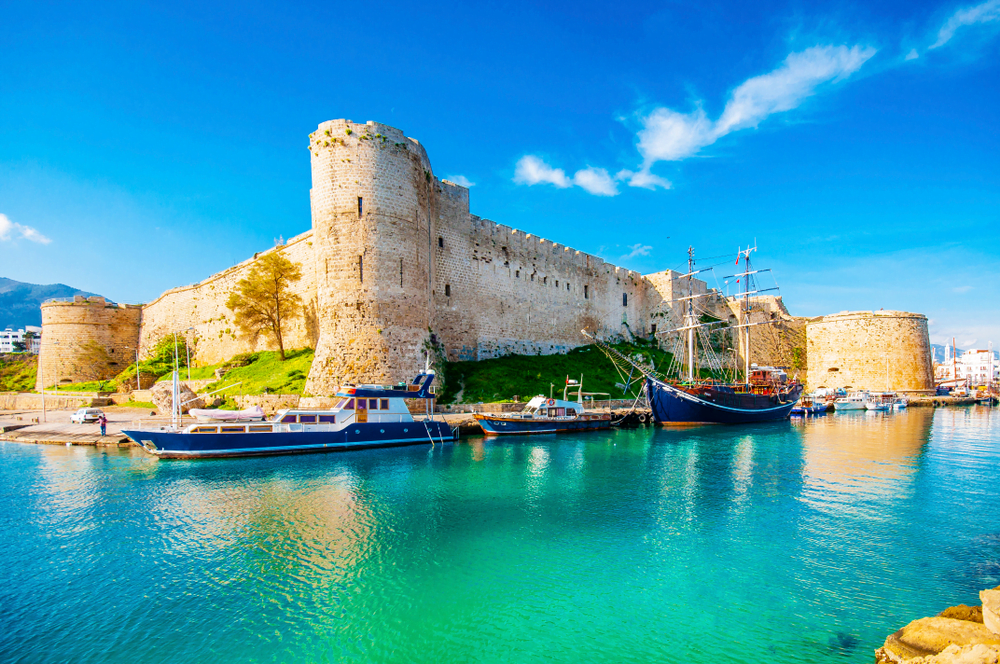 According to Gregorian Calendar January 01, is celebrated as the New Year’s day in the world in Cyprus. It is a public holiday and all sectors remain closed.

January 06, is celebrated as Epiphany in Cyprus. This day is declared as a public holiday and commemorates the two events of Jesus Christ’s life, learn more…

11 March, in 2021, was celebrated as Green Monday in Cyprus. It is declared as public holiday by the government and all public and private sectors remain closed on this day, learn more…

Greek Independence in Cyprus is celebrated on the 25th day of March. This day is one of the national holidays in Cyprus and every sector remain closed, learn more…

April 01, is celebrated as Cyprus National Day. The other names of this day are Greek Cypriot National Day, and EOKA Day, learn more…

April 26, is celebrated as Orthodox Good Friday in Cyprus. This event relates to the Christian community and commemorates the Crucifixion of Jesus according to their Bible, learn more…

Easter Monday is celebrated right after the Easter Sunday in the whole world and in Cyprus as well. It is observed in many Orthodox churches around the world, learn more…

May 01, is known as labor day or international worker’s day. It is celebrated in Cyprus as well as in the whole world. This day is especially held to give tribute to the services of the workers, learn more…

June 17, is celebrated as Pentecost Monday in Cyprus. It is public holidays when schools, colleges, and most business sectors remain closed.

Dormition of the Theotokos in Cyprus

August 15, is known as the Dormition of the Theotokos in Cyprus. The other names of this day are Dormition of the Mother of God, and Assumption of Marry. It is purely a religious event and declared as a public holiday.

1st October is celebrated as Independent Day of Cyprus. This day commemorates the sacrifices and devotions of the people who took part in the struggle of Independence, learn more…

The Ochi day in Cyprus

October 28, is celebrated as the Ochi day in Cyprus. This day is observed in Greece as well. It commemorates the rejection of the ultimatum of Italian dictator by Greek Prime Minister Ioannis Metaxas, learn more…

December 25th is celebrated as the Christmas day in Cyprus and in all over the world as well. It is declared as a public holiday and all business sectors remain closed, learn more…

Boxing Day is celebrated on 26th December the day after Christmas. On this day, servants got Christmas Present from their masters, learn more…

Facts and Figures about Cyprus

All facts and figures about Cyprus are listed below. Take a look if you want to know anything about Cyprus.

Nicosia is the national capital of Cyprus. It is the cultural and economic hub as well as the largest city in the country.

Nicos Anastasiades is the current President of Cyprus and took office in 2013, on February-28. Under the constitution, the President serves as the head of the state as well as head of the government.

In 2017, the estimated population of Cyprus was about 854,802 which is equivalent to 0.02% of the total world’s population. It ranked on 159th position in the most populated countries in the world.

The national flag of Cyprus is consisting of an outline of the country right above the fields of olive. The current flag was adopted in 1960.

The official currency of Cyprus is Euro which replaced Cypriot pound.

Majority of the population adhere to Christianity in which 89.1% are Orthodox, 2.9% are Roman Catholic, and 2% are Protestants. While others are 1.8% Muslim and 4.1% are irreligious.

The international dialing code of Cyrus is +357.

The Mediterranean island is well known for its warm weather and beaches. You may also find historic villages, stunning mountains, and ancient ruins. Some of the best places that worth visiting include Famagusta, Akamas Peninsula, Nicosia, Protaras, Kyrenia, Larnaca, Troodos Mountains, Ayia Napa, Limassol, and Paphos.

In 2017, the estimated GDP of Cyprus was about 21.65 billion US dollars which is equivalent to 0.03% of the total population of the world.